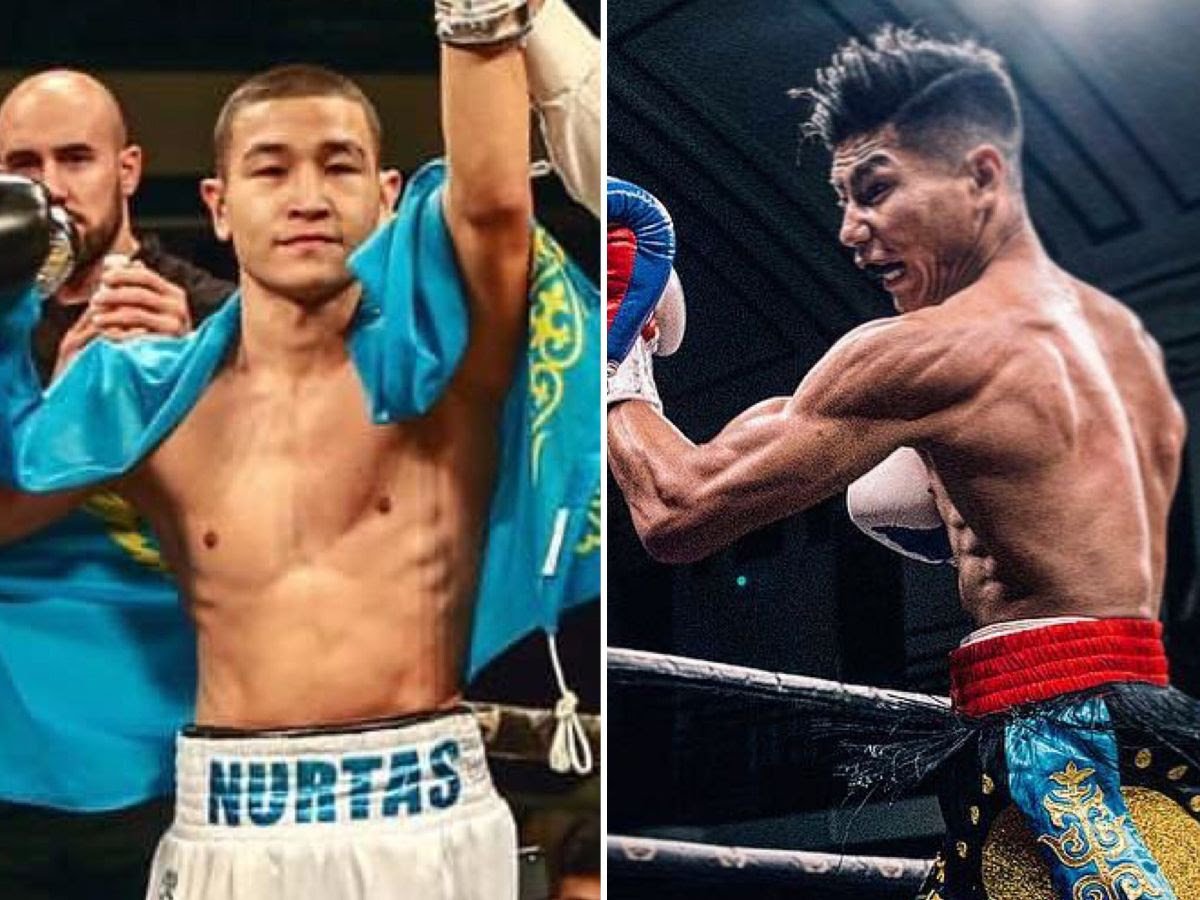 Elite Kazakh amateurs Sultan Zaurbek and Nurtas Azhbenov are relishing the prospect of kicking off the year with four fights in three weeks between them.

The young duo, who both defeated Olympic champions during stellar amateur careers, are both scheduled to fight on the March 1 show in Cardiff with Zaurbek opening his year at York Hall on February 22 and Azhbenov following up in Brentwood on March 9 – all live on iFL TV.

With both men coming off the back of eye-catching first-round knockout wins, they are delighted with the relentless activity.

Zaurbek said: “I was born in a gym! I started boxing when I was two years old so it’s all normal to me.

“The crowds in the UK are fantastic. It’s very professional here and we both enjoy fighting in these environments.

“Nobody forced us to do this. We wanted to fight twice in a week. We want to build our records as quickly as possible.”

Azhbenov added: “In Kazakhstan, we are taught discipline by the trainers. We have great weather and the dietary systems are good.

“Our ancestors were warriors and so are the generations since. We are very patriotic and the whole mentality of being a Kazakh is about being strong. Boxing in our country has progressed because of that.

“A lot of fighters don’t have the opportunity to fight this often but we’ve been given it and we’ll take it with both hands.

“I’d even take a ranking fight already if it was presented to me. You have to seize all the opportunities you can in this sport.”

Danny Dignum hopes that a victory over Greg O’Neil at York Hall next week can springboard him towards a title fight later in the year.

Dignum (9-0, KO5) steps up to eight rounds for the contest against O’Neil on February 22, and he’s looking forward to displaying his skills.

Dignum said: “In 2019 I’m getting my first title. I’ve got eight rounds coming up against Greg O’Neil and that’s exactly what I need at this stage of my career.

“It’s OK doing the rounds in sparring, but I need to step up and do them in a fight, so I’m really looking forward to this one.

“He’s got a winning record and will come to win so it will be really good for me. Last year was a busy year for me with five fights and three knockouts, so hopefully we can have another successful year.”

The event at York Hall is live on iFL TV, and features a WBO European welterweight title fight between Paddy Gallagher and Freddy Kiwitt in the main event.

There are also a number of talented stars on the undercard, including Dan Azeez, Siar Ozgul, Liam Wells and Huzaifah Iqbal.

Jay Harris plans on showing everybody just what he is capable of when he takes on Jaba Memishishi at the Vale Sports Arena in Cardiff on March 1.

Undefeated Commonwealth flyweight champion Harris (14-0) wants to make a big statement in the bout, and is expecting to take full advantage of the fight being streamed live on iFL TV.

Harris said: “I do see it as a good platform to show everybody what I am can do. I haven’t had much TV exposure since turning professional, so with iFL TV broadcasting this fight, I get to show a lot more people my skills.

“I had a look at Memishishi’s record and he has been in with some decent fighters like Thomas Masson and Vincent Legrand who have both held European titles.

“I know he’s a southpaw and it seems like he’s on the move all the time, but I don’t think I should have many problems with him. We’ll see on the night.”

The main event of the show in Cardiff sees a clash between undefeated fighters, as Akeem Ennis Brown defend his IBF European welterweight title against Bilal Rehman.