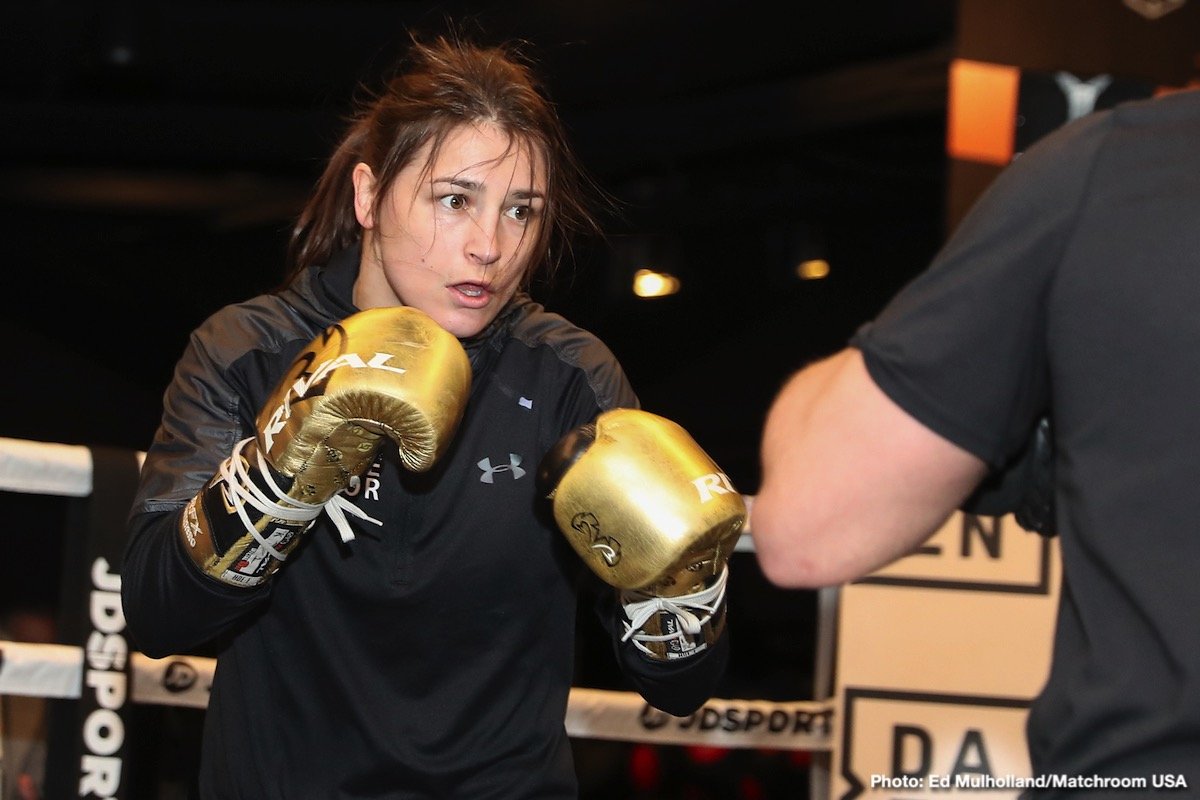 Irish star attempts to become two-weight World ruler in Manchester
Katie Taylor says she is ready to create more history by becoming a two-weight World Champion when she faces Christina Linardatou for the WBO Super-Lightweight World title at Manchester Arena on Saturday November 2, live on Sky Sports in the UK and DAZN in the US.

Taylor (14-0, 6 KOs) completed her journey for Olympic gold to undisputed Lightweight World Champion with a thrilling points win over Belgium’s Delfine Persoon on the blockbuster Joshua vs. Ruiz card at Madison Square Garden on June 1.

In a landmark moment for women’s professional boxing, Taylor jumps up in weight to 140lbs to headline at the iconic Manchester venue, and the Irish star has her sights set on Matchroom Boxing stablemates Amanda Serrano and Cecilia Brækhus should she come through her latest test.

“This is a huge opportunity for me to become a two-weight World Champion and I’m ready to create more history for myself and my country,” said Taylor. “I’m very aware of the challenge that Christina brings. I do believe that she’s the best 140lbs in the division and I cannot wait for a very exciting and hard fight.

“It’s a new challenge moving up in weight, I’ve worked very hard in the gym to build up. You’ll see the very best of me and I’ll need to be on my game because I think Linardatou is the number one at 140lbs and she’s had some great wins in her career.

“It’s going to be a huge 12 months for me, but I have to get past Christina first. I only take one fight at a time and my focus is completely on this one. She brings a lot to the table and I’m very aware of the challenge. She is an excellent World Champion and it’s going to be a big test for me but one that I’m confident of overcoming.

“There are still so many huge fights out there for me like the Amanda Serrano fight, a rematch with Delfine Persoon and a fight with new Matchroom signing Cecilia Brækhus, but the first goal is November 2nd and winning another World title.”

Taylor vs. Linardatou tops a huge night of action in Manchester.