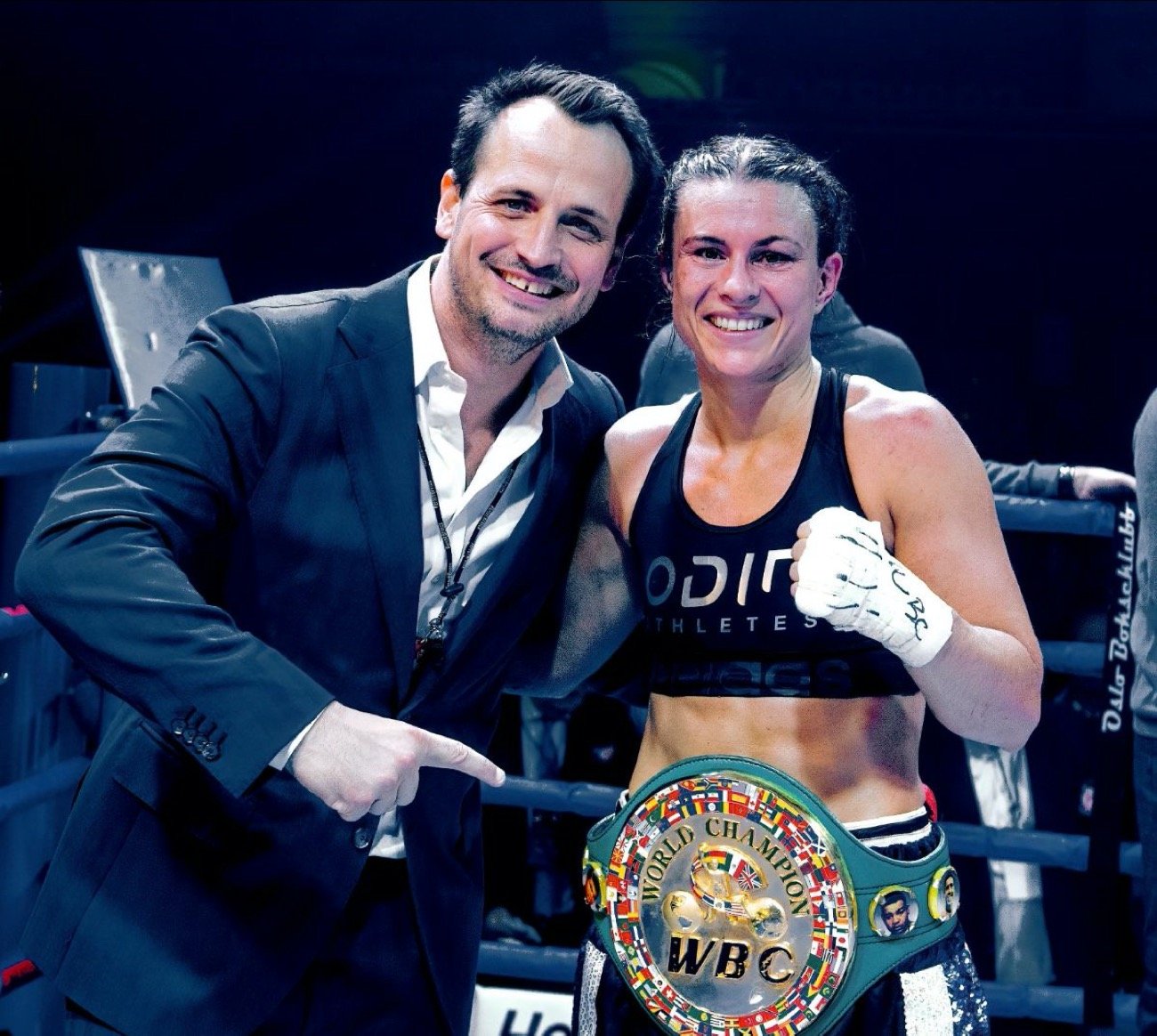 Thanderz, who holds the interim WBC World title, was ringside to watch Harper defeat Wahlstrom, with whom she sparred in the build up to this fight, and is now looking forward to her own showdown with the WBC and IBO champion.

“It was amazing to sit ringside to watch Eva Wahlstrom and Terri Harper fight,” said Thanderz, who outpointed Danila Ramos in Oslo in November to claim the interim World title and earn her shot at the winner of Harper and Wahlstrom.

“It was a very good technical fight. They both had their moments, and trying to give a neutral opinion, I would say I had Eva up on my scorecard until round 7. Then she went down, which didn’t look like a normal knockdown, she seemed to lose her balance, and Harper did better in the second half of the fight, which is why I guess she finally got the win. However it was a very close fight.

“I thought Harper did a good job, as did Wahlstrom, but I wouldn’t say ‘impressed’ is the right word to describe what I thought of her performance. She is a good boxer though, with the potential to get even better with all the hard work she puts in, and for that I do respect and admire her.

“Absolutely, I want to fight Harper next, and as interim WBC Champion, I hope and expect to fight her next. A fight between me and Harper would be completely different to the fight between Harper and Wahlstrom. Physically, I’d say I’m more similar to Harper, and her reach and length wouldn’t be a problem for me. I won’t give away our game plan, but what I can say is it would be a great fight, and I am convinced it would end with my arm being raised.”

Having experienced the atmosphere in Sheffield, Thanderz says she would have no problem fighting Harper at home and has welcomed the challenge.

“It’s not in my hands to decide where to fight. Of course, home advantage can be an important factor, but for me it’s more important that the fight takes place. I’m interested in fighting the best, and sometimes you need to be brave and go out to get it. I have always admired boxers who have done that.

“I observed the hostile reception that the fans in Sheffield gave Eva Wahlstrom when she entered the ring, so I would be prepared for exactly the same treatment, and it would probably make me stronger.”