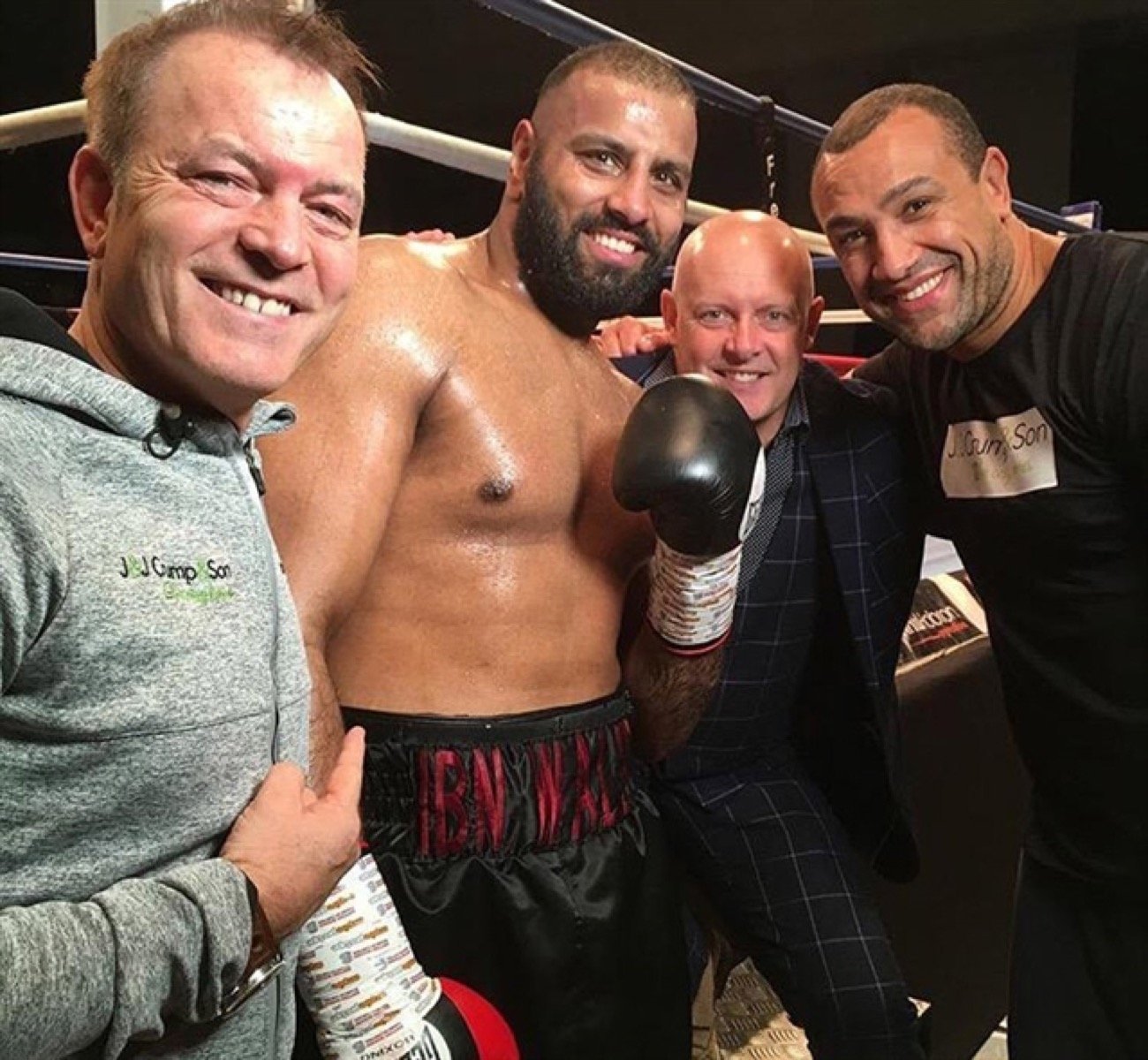 Kash Ali says he will be far too good for Josh Sandland when they meet in an all-Yorkshire heavyweight clash on February 21 at the Barnsley Metrodome, as chief support to local fighter Josh Wale’s bout against Tanzania’s Iddi Kayumba.

Halifax’s Sandland has lost just twice in eight fights since turning pro in 2016, and is ranked above his Rotherham rival. The 27-year-old, who had a limited amateur background, has consistently been in the away corner since punching for pay though, and won’t be fazed by facing Ali on his home show.

Kash has lost just one fight in 17, a disqualification against David Price last March. A ban from the sport followed that loss, but since then he has teamed up with new trainer Richard Towers, and picked up a TKO win in November.Ali knows that taking Sandland’s scalp will help move him up the rankings and into belt contention.

The 28-year-old is looking to move his career on in 2020 after his problems last year, and says although he has the upmost respect for Sandland, he will prove he is a level above in their upcoming battle.

“I’ve been training since my last fight, and it’s going well, my weight’s down, and I’m in shape. It was good to get that last fight out of the way after the ban. That kid had never been stopped before, so it was a good result to stop him. I’ve got a good team around me now and am really looking forward to the future.

“Josh is actually ranked higher than me, so I’m really looking forward to this fight. If you look at his record he’s been in with some decent people. He’s a come forward fighter but I’m the better boxer, and I’ll show that on the night.

“With Josh, he is what you see, and there’s no secret to what he does. He comes forward trying to apply lots of pressure, but I know he’s not beating me. No disrespect, but he’ll understand why when we get in there that I’m a different level. I’ll take him out of there. I’m not going to say I’ll do this or that, but he’ll understand once I land.

“This is the perfect fight for me at the moment. It will help me get up the rankings and move onto the bigger fights. I want to pick some titles up this year, I want a nice belt and to show people why I belong at the top.”

Josh Sandland says he will cause an upset and beat Kash Ali, ahead of their all-Yorkshire derby clash on February 21. In what will undoubtedly be a lively encounter, the pair will face each other at the Barnsley Metrodome as chief support to local man Josh Wale’s fight against Tanzania’s Iddi Kayumba.

Sandland, from Halifax, has lost just twice in eight fights since turning pro in 2016. The 27-year-old, who only had 10 amateur fights, has consistently been in the away corner for his paid outings though, and won’t be fazed by his underdog status going into the Ali clash.

Rotherham’s Ali has lost just one fight in 17, after being disqualified against David Price last March. Since serving a ban from the sport, the 28-year-old has teamed up with new trainer Richard Towers, picked up a TKO win in November, and knows he has to get an impressive win against Sandland if he is to start mixing it again with the UK’s big names.

“I’ve not seen much of him, I’m not bothered really,” revealed Josh, who turned to boxing in 2012 after years of playing rugby league. “I’ve sparred with him before though, and he’s an alright lad, but sparring means nowt.

“They’ve asked for this fight, I didn’t know anything about it, I was in Australia and when I came back it was all over social media! Whether [my trainer] Chris [Aston] asked for it, I don’t know, but I’ll fight anybody, I’m not bothered. I’m training hard for it and I’ll be ready, no problem.

“He’s full time isn’t he, I aren’t full time, so if he don’t beat me he’s obviously not good enough is he! I’ve fought on the road my whole career, and most other heavyweights wouldn’t have risked that.

“It’ll be a hard fight, and I’ll treat him as a world champion. I respect everybody, and am not cocky to anyone. I’ll do my best and get the win; I believe I’ll beat him.

“I think I can go all the way in boxing, and I wouldn’t be doing it if I didn’t. That’s the sort of person I am, I’m going for world titles. I’ve been meant to fight a few people for the English Title but it’s never happened, so if I beat Kash hopefully those fights will come off.”

Rotherham’s Ali has lost just one fight in 17 outings, after being disqualified against David Price last March. Since serving a ban from the sport, the 28-year-old has teamed up with new trainer Richard Towers, picked up a TKO win in November, and is now looking to start mixing it with some of the UK’s big names as soon as possible.

Sandland, meanwhile, has been a pro since 2016, losing just twice in eight contests. The confident Halifax fighter has chased this fight with his Yorkshire rival, knowing that adding Ali’s scalp to his record will boost his career, and lead to bigger opportunities.

Bill-topper Wale, the former British Bantamweight Champion, is now campaigning up at featherweight, winning the International Boxing Organisation (IBO) International Title in November. The 31-year-old is chasing a world title opportunity as he reaches the twilight of his career and, with another homecoming show already booked for him in June, knows a win over his African opponent will stand him in good stead.

“Kash is in a 50-50 fight, on paper, with Josh Sandland,” stated promoter Dennis Hobson. “Josh is a good ticket seller, will have plenty of support, and is actually rated on Boxrec above Kash.

“It was [Sandland’s trainer] Chris Aston who asked for the fight, and it’s a test for Kash, but one I believe he’ll win. Josh fancies he can beat Kash, so we’ve taken him up on the offer. It’s a great chief support.

“We believe that Kash can make a real impact on the heavyweight scene, but he’s got to beat kids like Josh. It’s an exciting fight this one, it’s a Yorkshire derby fight, and could well be pick of the night.”

Dennis Hobson Promotions presents an evening of boxing on February 21st at the Barnsley Metrodome. Headlining will be Barnsley’s Josh Wale against Tanzania’s Iddi Kayumba.