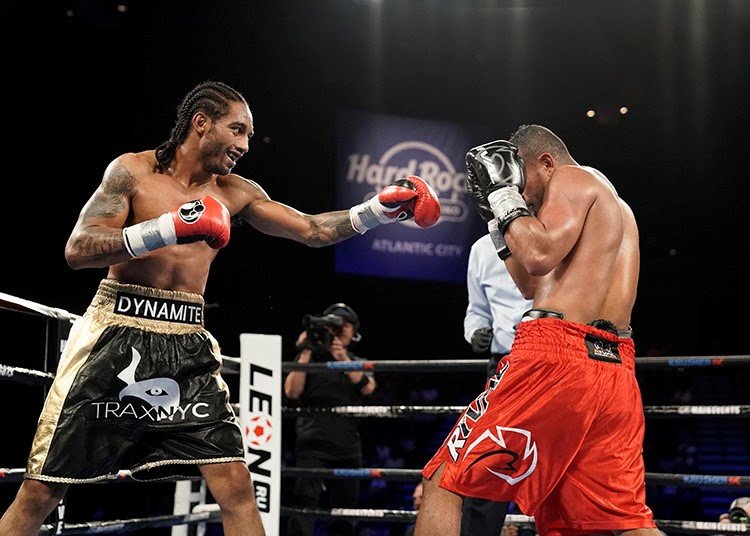 Now that he’s back in action, Dargan (18-1, 9 KOs) isn’t burning daylight. He fights again close to home in Atlantic City on Saturday, November 24, on the non-televised undercard of Dmitry Bivol vs. Jean Pascal main event at the Hard Rock Hotel & Casino Atlantic City.

“It darned near felt like a pro debut all over again,” said Dargan of his return to the ring after three-and-a-half years away. “In the dressing room, I’m always nervous before my fights. This time, it felt like a new beginning for me. It felt good, just kind of getting some rust off. I felt I could have knocked (Perez) out and stopped him. It will take another fight or two.”

Dargan said he lost his motivation when suffering his first loss in 2015, but now it’s back. “A lot of fighters are not used to losing. When they take a loss, many don’t come back. You never know what kind of a fighter you are until you take a loss.

“It felt good, just getting some of that rust off,” said Dargan. “I felt I could have knocked (Perez) out and stopped him. But it will take another fight or two.”

Dargan says the key was cleaning up his life outside the ring, and regaining the ability to devote himself to boxing. “I had to deal with my problems, to get my mind right and 100 percent on boxing,” says Dargan. “You have to be 100 percent focused in the ring.”

Dargan believes he’s now in the right place at the right time with the right mindset in place, and feeling as fit as he ever has after his break from the sport to complete the package. “You gotta understand, in a physical sport like boxing, you should be resting your body. I may be 33, but I have a 23-year-old body. I’ve never felt better! I hadn’t had a break since 1992,” said Dargan.

Dargan says a knockout against his upcoming opponent Delgadillo isn’t necessarily his goal. “I try to go round by round. I don’t take a rest round. My goal is to win. We don’t know what fashion, or how long it takes to win,” said Dargan.

As for his strategy, “I don’t ask who my opponent is. I let my trainer (Brother Naazim Richardson, who is also Dargan’s uncle) figure it out and work on a game plan. He’ll strategize everything, and I listen to him,” explained Dargan.

Dargan is especially grateful for the loyal fans that have stuck with him and who enthusiastically support his return to the boxing ring, “I’m thanking my fans for sticking with me, staying in tune, and wondering where I’ve been. This is one of the positives. A lot of fans and boxing people said they were glad to see me back in the ring. They wonder why it took so long!” said Dargan.

Dargan says he hopes fans will spend part of their Thanksgiving weekend with him in Atlantic City. He plans to reward their patience with an entertaining performance on November 24.

About Bivol-Pascal: Bivol vs. Pascal is a 12-round fight for Bivol’s WBA Light Heavyweight World Title on Saturday, November 24, 2018 at the Hard Rock Hotel & Casino in Atlantic City, NJ. The event is promoted by Main Events and World of Boxing in association with Jean Pascal Promotions, and will be televised live on HBO World Championship Boxing beginning at 10:00 p.m. ET/PT. Tickets range between $30 and $150 and go on sale Friday through HardRockHotelAtlanticCity.com and Ticketmaster.com.