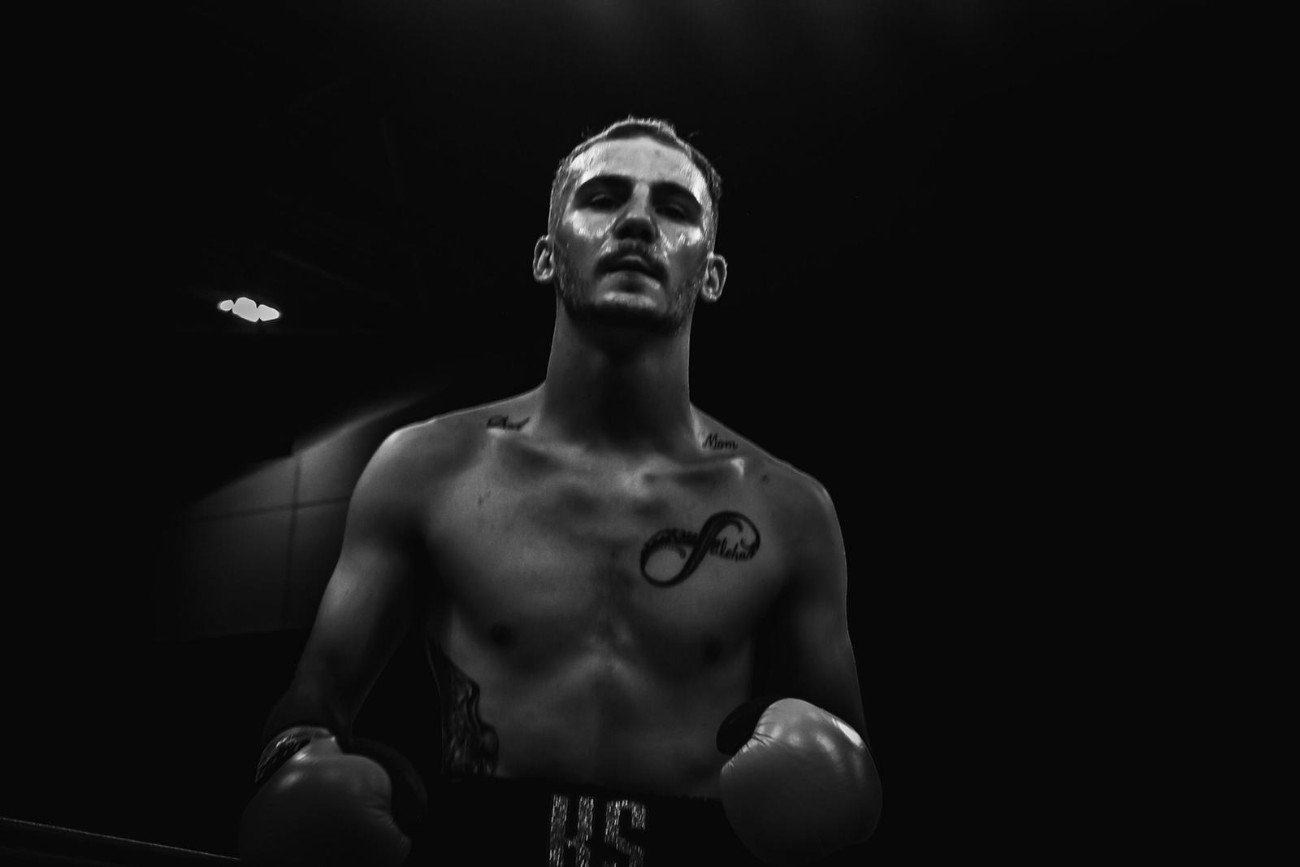 Kane Salvin says he will come out on top in his Sheffield-derby fight with Sufyaan Ahmed on March 27, when the pair clash for the vacant Central Area Super Featherweight Title at Sheffield’s Ponds Forge Arena.

Salvin has far greater ring experience than his ‘Steel City’ rival. With over 60 amateur bouts and having also represented Yorkshire in the unpaid code, the 19-year-old believes this will be a key factor against Ahmed. Now training as a pro out of the Sheffield Boxing Centre under Glyn Rhodes, the ‘HurriKane’ says he won’t have a problem if he has to do 10 rounds for the first time, and believes the fans can expect an exciting contest.

“I don’t know loads about Sufyaan, just that he’s been in and out of the sport,” said Kane, who works as a support worker for cancer patients at Sheffield’s Weston Park Hospital. “We’ve sparred a few rounds together. It was just a normal sparring session, you can’t take much from it, but it’s different when you have 8oz gloves on.

“A lot of people have seen the way that I like to move around the ring, but I don’t need to do that with him if he stands in front of me. Even though we’ve got the same pro record, I don’t see it as a 50-50 fight. If you look at our backgrounds and what I’ve done, and what he’s done, then I’m very confident of beating him.

“I think it should be a good fight for the fans to watch. It all depends on what Sufyaan does on the night, if he wants to stand with me then it’ll be exciting, but if he wants to try and move then it will be one-sided because I’ll stay with him.

“I actually can’t wait for the 10 rounds. I always train for these kinds of fights anyway, because you never know when they might come. If I win then Glyn and Dennis [Hobson] will have a look at where we’re at, and see what the next steps should be. I’m a fighter, I leave the opponents up to my team, they put people in front of me and it’s my job to beat them. Whenever it happens, English or British, I’ll do whatever I need to win.”

With stablemate, Tommy Frank, headlining the show in the biggest fight of his career to date, Kane has no doubts that it will be a win-double for the pair, also predicting that ‘Super’ Tommy will be a winner on the night.

“I’m very excited to be appearing on such a massive show. I train alongside Tommy, so I see how hard he’s working. For me, Tommy Frank wins the big fight by late stoppage, in round nine or ten.”

The show will be shown live on Eurosport (SKY 410).