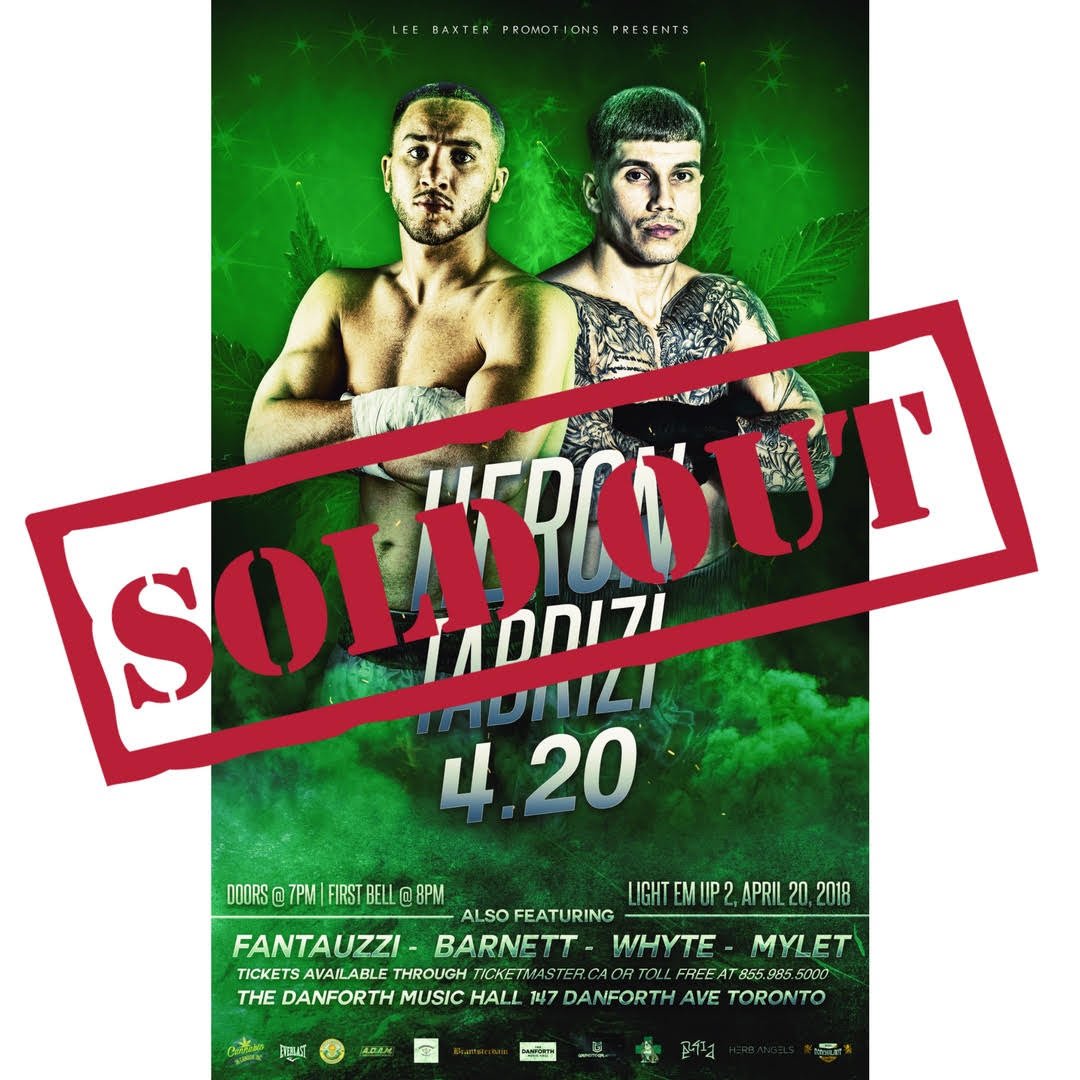 In a marriage between leading boxing innovators, Lee Baxter Promotions, and Boxcaster Inc. have teamed up to bring the world Canada’s best boxing talent, in action-packed match-ups that will hone the next wave of Canadian boxing stars.

With tickets to the event totally sold out, watching online is the only option if you don’t already have a ticket!

Heron is coming off the biggest victory of his career, a smoking eight round war with Dwayne Durel on December 8. Many ringside observers and media members dubbed it one of the best Canadian fights of the year, and Heron drew the praise of world-renowned trainer Dominic Ingle, who handles WBO middleweight champion Billy Joe Saunders and former welterweight champion Kell Brook. The win capped off an impressive 2017 run, which saw Heron notch six wins, making him one of the busiest fighters in all of Canada.

Tabrizi on the other hand rebounded from a rocky career start to run off eight straight wins, seven of which never made it to the final bell.

“It’s the perfect match-up to launch our partnership with Boxcaster,” said promoter extraordinaire Lee Baxter, CEO of Lee Baxter Promotions. “Kane is the perfect TV fighter. He’s slick, yet so gritty, and he fights with his heart on his sleeve. Boxcaster viewers are in for a hell of a show.”

Boxcaster Inc. is one of boxing’s fastest growing sources of news and information, utilizing some the best boxing media minds in the country to produce content that is thought-provoking, entertaining, and cutting edge, and become essential viewing for hardcore and casual fans alike.

“Lee Baxter Promotions and Boxcaster are the perfect fit for each other, and the perfect combination for fight fans,” said Boxcaster’s Technical Director Shawn Gardner.

“Lee and his team are easily the leaders in presenting elite Canadian talent to the world. And Boxcaster provides both the perfect vehicle to present it and the perfect audience to truly appreciate it. It’s a win-win-win scenario.”