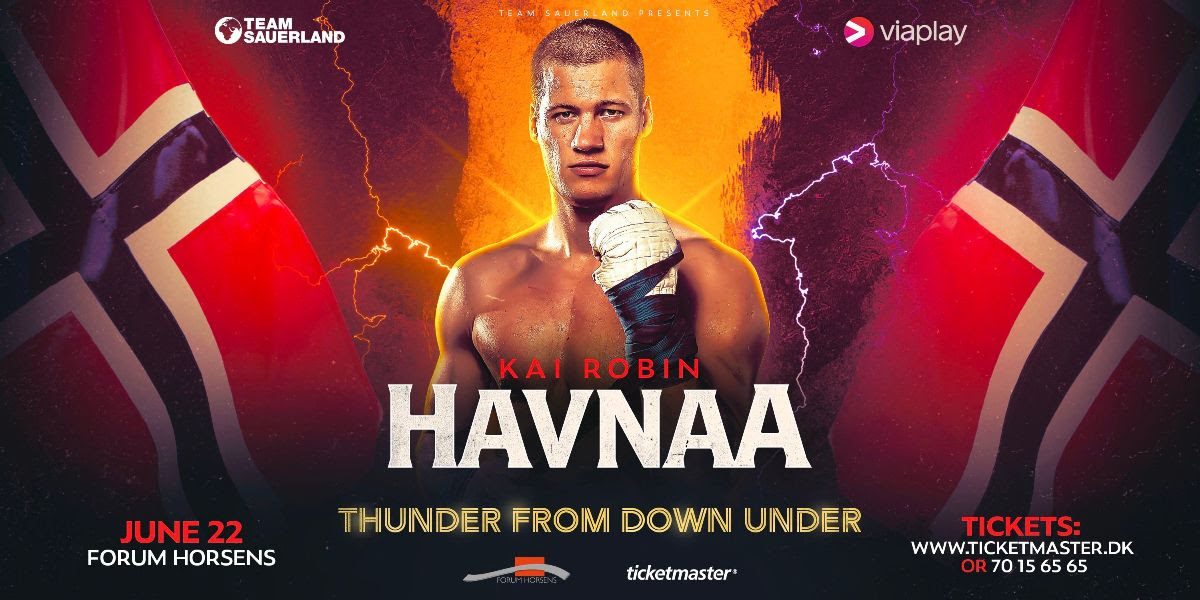 “It’s an exciting opponent and a step up for me,” said Ljungquist, who will be fighting over eight rounds for the second time in his career following his unanimous points win over Dominik Musil on May 4 in Frankfurt.

“I was a little nervous before my last fight as it was my first time fighting over eight rounds. I started too slowly, I didn’t push myself as hard as I could and I wasn’t tired at all after the fight. That will not be the case in Horsens.

“Now I know I can easily go eight rounds, I’m going to start at a much higher pace, and I can promise a lot more action. I want to showcase all my tools and prove there is a difference between Denmark’s best and Spain’s best.”

Ljungquist has been working hard to build his name in boxing’s glamour division with the hope of joining the likes of Deontay Wilder and Tyson Fury, with whom the Danish southpaw has previously sparred, at the top.

“Kem is a good boxer. He has all the right tools to succeed,” said Fury after their August sparring sessions ahead of his fight with Francesco Pianeta.

Eight fights into his professional career and with Enguema in his sights, the Copenhagen-boxer believes the time is right for him to prove his potential as he looks to establish himself as a future man of the heavyweight division.

The Norwegian cruiserweight star is back in action following a third-round knockout win over Rad Rashid, which saw the 30 year-old capture the IBO International title in front of his home fans at the SØR Amfi in Arendal.

Havnaa, who will face the big punching Levan Lukhutashvili (8-3, 8 KOs) in a ten-round contest, returns to Denmark, where he lived and trained at the start of his professional career and where he claimed his first six victories.

“I’m excited to get back in the ring and I’m looking forward to fighting in Denmark again,” said Havnaa. “I started my career in Denmark and had some very good fights there, so it’s great to come back to continue my journey.”

Having secured his first professional title against Rashid, Havnaa is eager to push on with his career and is targeting a big fight before the end of the year.

“It was an amazing experience to win my first title,” he said. “With the national anthem before the fight, the atmosphere was electric. I landed a solid body shot that we had been practicing a lot to end the fight, so everything turned out great.

“I knew it wouldn’t be long before a new fight, so I was straight back in the gym training and improving. I have big ambitions for this year so I’m very motivated.”

Tickets for Thunder From Down Under: Dina Thorslund vs. April Adams for the WBO Female World Super Bantamweight Championship are available online via www.ticketmaster.dk or by calling (+45) 70 15 65 65.

Email
WhatsApp
Tweet
Share
Previous boxing news: Hearn: “If Joshua beats Ruiz in a rematch, Wilder vs. AJ is huge”
Next boxing news: Wilder Says Joshua “Quit” Against Ruiz: These Guys Have Got To Literally Kill Me In The Ring
You are here: Home / Press Room / Ljungquist vs Enguema, Havnaa vs. Lukhutashvili on June 22
Follow @boxingnews24