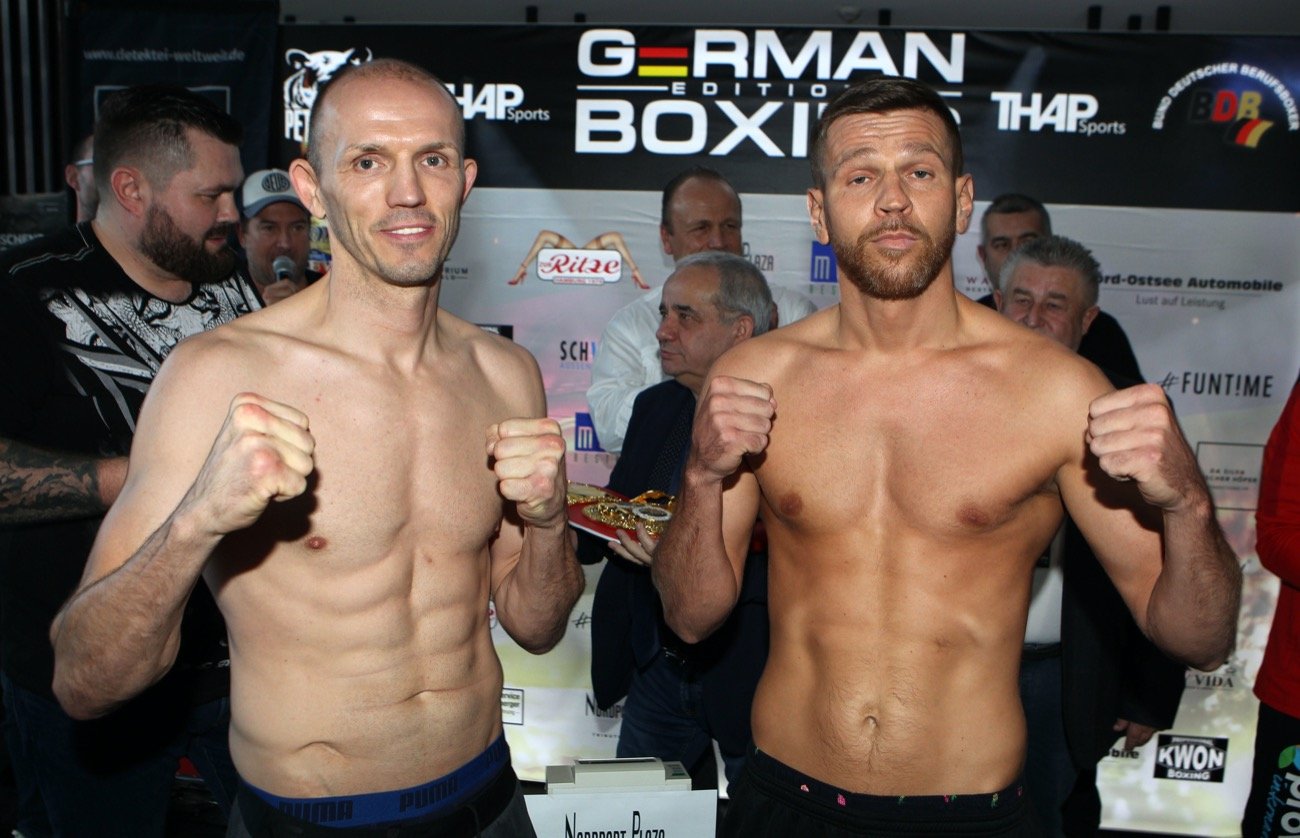 After an incredible 20 years as a professional, Brähmer undoubtedly belongs to the absolute elite of German boxers. It’s hard to believe, but next month, on December 11th to be exact, it’s actually already 20 years since Jürgen Brähmer, who was already celebrated as THE talent of the century in Germany, competed his first fight as a professional in Hamburg. In the course of his extraordinary career, the 41-year-old has since has given us many memorable boxing evenings. In addition to the title of European Champion, which he won for the first time in 2008, he also won the title of World Champion twice in 2009 (WBO) and again in 2013 (WBA).

Even today the fire still seems to be burning, despite all that has already been achieved, the hunt for the next boxing title continues. Jürgen Brähmer still has a lot to achieve and who knows, maybe he can make another belt his own on 21 December when he returns to the city where it all began two decades ago.

The man who will be standing in the opposite corner that evening is no stranger himself either. 30 year old Jürgen Doberstein has almost twelve years of experience in the professional boxing business but has not quite reached what he wanted to achieve in boxing.

Doberstein, born in Kazakhstan, came to Germany in 1998 with his parents and four siblings. The boxing training of the then 9-year-old began when he arrived. In the following years he won various youth and junior championships, boxed in the upper German amateur boxing league at the age of 16 and in the 2nd Bundesliga at the age of 17. In 2008 he switched to the professional boxing ranks where he has since won several other titles such as the German Champion, the Junior World Champion or the Intercontinental Champion of the WBA. Last September the “Dobermann”, so his nickname, after a long injury break, announced his return. With a victory over Jürgen Brähmer, he would not only raise his career to the next level, but could also take the next step to a title shot.

Whoever the winner may be in the end, with fights like this Alexander Petkovic and Michael Wollenberg put into reality what they had planned and that is to deliver German-German boxing duels at the highest level.

In addition to the main event, many additional undercard highlights are planned for December 21 . Tina Rupprecht, Deniz Ilbay, Emir Ahmatovic, Edgar Walth, Denny Heidrich, Howik Bebraham, Nick Morsink, John Bielenberg and Joshua Lederhofer and many more talents will be showcasing their skills in the ring.

Tickets for the boxing night “German Edition” in Hamburg are now available at all known advance booking offices, under www.eventim.de and under the Petko’s Ticket-Hotline under Tel. +49 176 30362608.