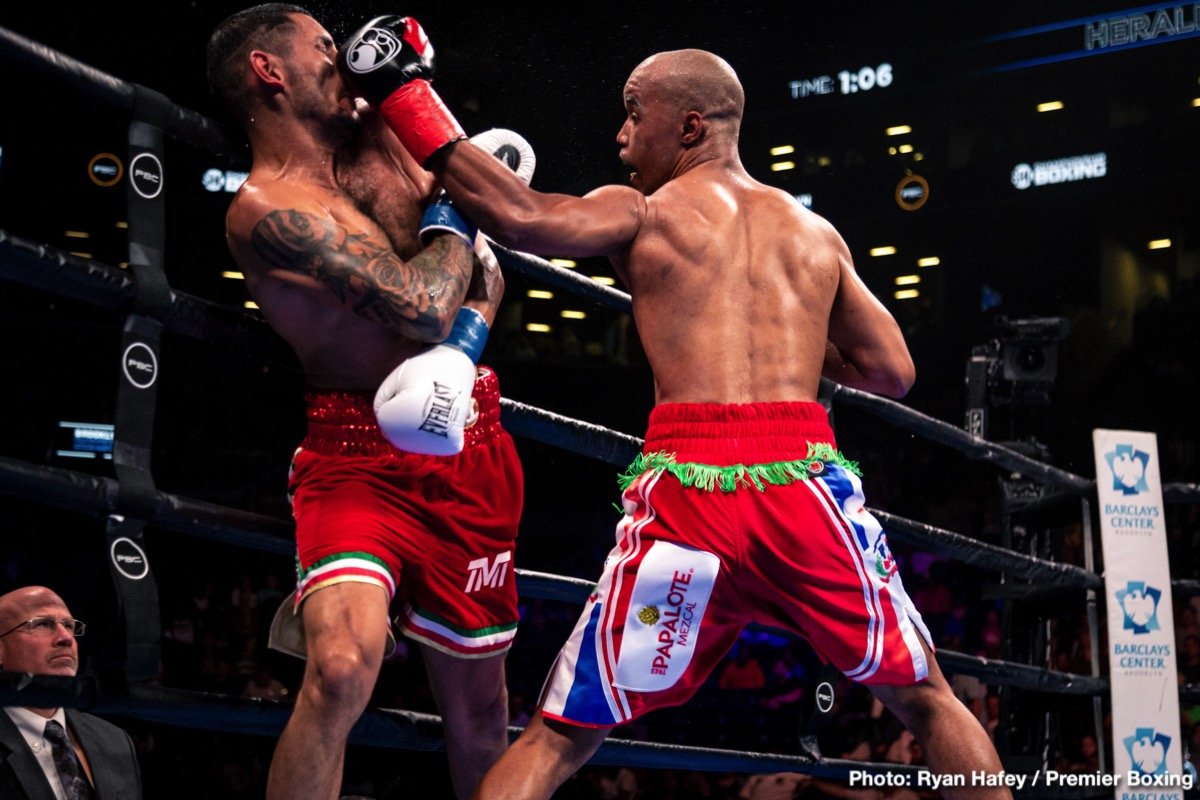 Unbeaten super lightweight contender Juan Heraldez is deep into training camp and shared insights into his preparations as he nears a showdown against former champion Regis “Rougarou” Prograis on Saturday, October 31, live on SHOWTIME PPV in a Premier Boxing Champions event headlined by Gervonta Davis vs. Leo Santa Cruz live from Alamodome in San Antonio.

“It’s been a long eight-week camp preparing for Prograis,” said Heraldez. “We’re fighting a different style of fighter, which is a good thing because he’s the type of fighter who comes to fight. A style like this makes it easier for me to train and prepare.

“Prograis has power, but you have to land it, and that’s where my defense comes into play. My defense has always been a factor, and it’s something we always tweak and find ways for me to be sharper. On paper, his credentials are up there, but all of that goes out the door in the ring. When the bell rings, I’m not thinking about him being a former world champion. I fight and get the job done.”

Heraldez has adapted to the changes produced by training during the pandemic and has been able to keep focused throughout camp. He credits the Mayweather Boxing Club’s infrastructure, where he trains in Las Vegas to help keep things running smoothly as he prepares to face his toughest opponent to date.

“The pandemic has had a slight effect on a camp like it has with everything else,” said Heraldez. “There are so many protocols and safety measures, so you can’t just rotate sparring partners as easily as you could before. Adjusting to wearing a mask in the gym and getting tested constantly are things you learn to get used to. The Mayweather Boxing Club has done a great job keeping the gym clean and safe for all of us. A lot of my stablemates are here in Las Vegas preparing for big fights, so it’s a great feeling knowing that we can come to a gym where safety is the top priority.”

The unbeaten Heraldez will return to the ring after fighting former world champion Argenis Mendez to a draw in May 2019 on SHOWTIME. Heraldez had put together an impressive string of victories dating back to a 2017 triumph over then-unbeaten Jose Miguel Borrego and included a knockout win over Eddie Ramirez in February 2019 leading into the Mendez fight. Heraldez has continued to fine-tune his arsenal heading into the Prograis fight.

“My team and I have been working on various things such as my jab, but most importantly, where I am in the ring at all times,” said Heraldez. “My ring awareness has elevated this camp. My coach and I keep things old school; we don’t have a strength and conditioning coach; we work on the basics and better at them each camp. Boxing is simple. Stick and move, and don’t get hit. The training I get from Coach Otis Pimpleton covers so many things such as cardio, technique, ring IQ, etc., so my job is to listen to my team and trust them when I’m in camp and the ring on fight night.”

While Heraldez is looking to improve on the draw in his last fight, Prograis will be seeking to bounce back from his first career defeat, a memorable 140-pound unification clash with Josh Taylor. With both fighters hungry for a win on October 31, Heraldez expects an exciting night for fans.

“On fight night, both of our styles are going to make for great action,” said Heraldez. “We both bring a lot to the ring. We’re both fighting to be the best, but on October 31, everyone will see what I’m capable of.”

ABOUT DAVIS VS. SANTA CRUZ

The event is promoted by Mayweather Promotions, TGB Promotions, GTD Promotions, and Santa Cruz Boxing Club. Tickets are on sale now and can be purchased at Ticketmaster.com. The Alamodome has implemented a comprehensive health and safety plan to protect against the spread of the coronavirus. All fans attending the event will be screened upon entry and are required to wear a mask and follow social distancing guidelines. Tickets will be distributed in seat blocks known as “pods” to maintain distance between groups, not from the same party. For more information, visit Alamodome.com