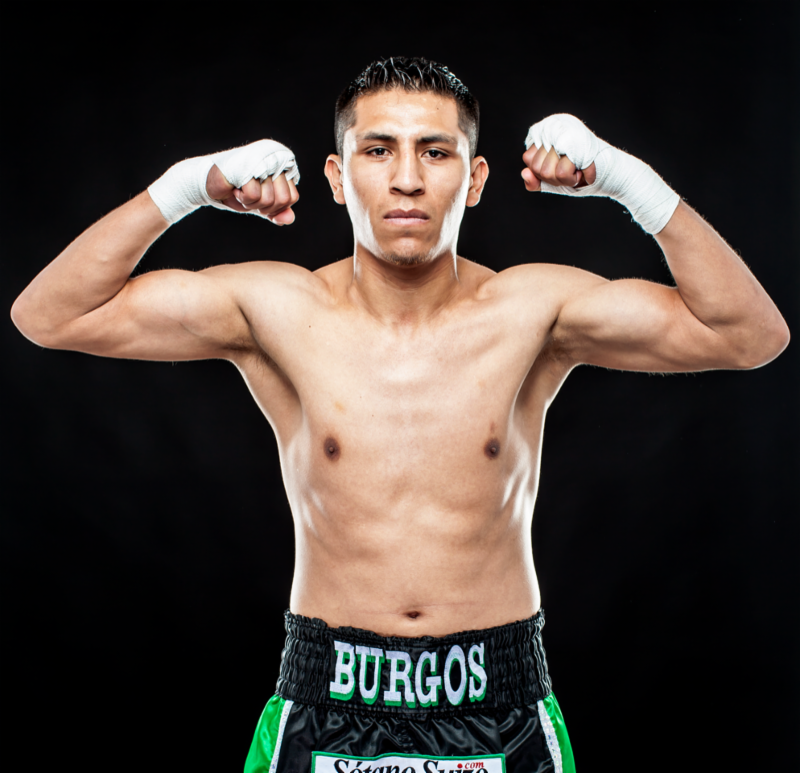 Burgos, who has challenged for world titles at featherweight and junior lightweight, is stepping up to 135 lbs. for his fight against Haney. The Tijuana, Mex. resident boasts a far more impressive resume than the younger 19-year-old Haney, which he believes will be the difference maker on Friday night.

Burgos, 30, reflects on his past defeats and offers a preview of what might happen during Friday’s main event in a brief Q&A interview below.

What do you know about your opponent Devin Haney?

“He’s fought in Tijuana a bunch of times so I’ve seen him in person. I didn’t really pay that much attention to him at the time. He has ability. He’s hungry with good skills, but I don’t think he’s ready for a fighter like me. He’s too young and I’m an experienced fighter that knows how to win.”

How has your training camp gone?

“We’ve had an excellent training camp. We are training for the best possible outcome for us. Physically, I feel strong. Mentally I’m ready for whatever he brings. I’m going to show everyone that I still have a lot to give to this sport.”

What can a win do for your career?

“Winning this fight will lead to bigger fights. I want to be back in marquee fights and if I win, I should have more options. Even though I took some time off a few years ago, I never stopped training. I was always in the gym. There won’t be any ring rust. I love this sport. My focus is on winning.”

How do you see the fight unfolding?

“I’m a technical fighter. That’s not a secret. I can counter punch too if Haney wants to bring it. I’ll brush him back. I can win a fight in a lot of different ways. I’m not one dimensional like most of the guys he’s faced. I think that’s going to bother him. He’s never faced anyone close to my skill level. He thinks he’s good, but he has no idea how to win a tough fight. Meanwhile, I’ve been in with some of the best talent in the sport.”

You’ve had some setbacks in your world title fights. At 22, you suffered a points defeat to Hozumi Hasegawa in what was a vacant championship fight. You had a draw to Roman Martinez in January 2013, and one year later a unanimous decision loss to Mikey Garcia. What did you learn from those experiences?

“I didn’t accomplish my dream of becoming a world champion. That’s the truth to it. My motivation to be great still exists. I use my setbacks as motivation to get better. I need to get pass Haney to realize my goals.”

The co-feature showcases an immediate rematch of one of 2018’s most controversial and widely disputed fights. Lightweights Thomas Mattice (13-0, 10 KOs) and Zhora Hamazaryan (9-1, 6 KOs) will face off less than three months after judges in Iowa awarded Mattice what many ringside observers considered a fraudulent decision.

Burgos and Hamazaryan are promoted by Thompson Boxing and Banner Promotions.