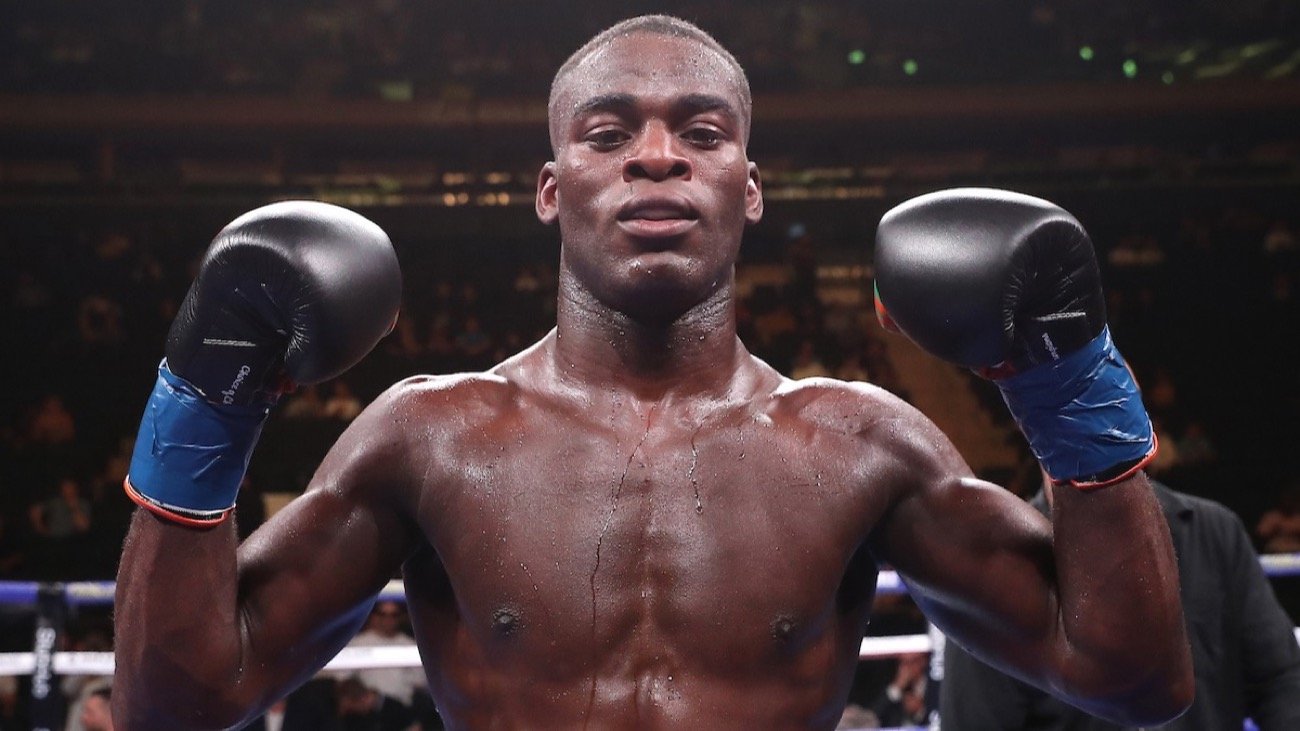 Joshua Buatsi will defend his WBA International Light-Heavyweight title against Ryan Ford on the undercard of the huge Lightweight World title showdown between Vasiliy Lomachenko and Luke Campbell at The O2 in London on August 31, shown live on Sky Sports Box Office in the UK.

Buatsi (11-0, 9 KOs) was last seen taking out Marco Antonio Periban in four rounds on the blockbuster Joshua vs. Ruiz Jr bill at Madison Square Garden in New York on June 1, marking his big US debut with a ruthless stoppage win in the Big Apple.

The undefeated Croydon star took a step-up in class against the seasoned Periban and was eager to impress, dropping the Mexican and then finishing the fight with a barrage of punches to earn his sixth successive win inside the distance.

Ford, a former opponent of Fedor Chudinov and Avni Yildrim, has never been stopped in 20 career fights and the former MMA fighter, hailing from Edmonton in Canada, picked up the WBC International Silver Light-Heavyweight title in his last fight.

“I’m fighting a tough, durable opponent on August 31 in the form of Ryan Ford,” said Buatsi. “He’s never been stopped in his 20 professional fights and he’s got some good experience against some top names. He’s an ex MMA fighter so he’ll know how to handle himself.

“If I can become the first fighter to stop him then I’ll be very happy. As always, it’s about getting the win at all costs. I’m there to get the job done and I’m looking forward to the challenge.”

BUATSI – STOPPAGE WIN WOULD BE A STATEMENT

Joshua Buatsi says a stoppage win over Canada’s Ryan Ford at The O2 in London this Saturday would be a “statement” as the Croydon star prepares to put his WBA International Light-Heavyweight title on the line once more, live on Sky Sports Box Office in the UK.

The 26-year-old unbeaten British Light-Heavyweight Champion and Rio 2016 Olympic Bronze medalist has already established himself as a must-watch fighter having scored a series of eye-catching stoppage wins so far in his professional career.

In June he caught the attention of American fight fans when he destroyed World title challenger Marco Antonio Periban with a brutal onslaught of punches in round four of their clash on the Joshua vs. Ruiz Jr World Heavyweight title showdown at MSG.

“Fighting in the U.S was a great experience but I’m happy to be back in England fighting at The O2, the lion’s den,” said Buatsi. “I’m putting it all on the line again and I’m going to come out on the night and put on a great performance.”

‘JB’ continues his impressive development when he takes on former MMA fighter Ford, who holds a record of 16 wins – 11 coming inside the distance – and 4 losses as a professional boxer.

Ford brings a wealth of high-level experience to the UK having shared a ring with the likes of Avni Yildrim and Fedor Chudinov, and most recently he claimed the unbeaten record of German based Russian prospect Serge Michel in April. Given Ford’s experience in several forms of combat sports, Buatsi is taking no chances with his latest foe.

“In terms of durability this is a good test for me because he has never been stopped before. He is an ex MMA fighter who’s 20 fights in with 16 wins and he likes to throw a lot of punches with a lot of weight behind them. It’s up to me to make sure that I’m not in front of him when he’s throwing them shots, to counter him and do what I do best which is to win.

“If I can get him out of there it will be a good statement. If I can be the first name on that list it’s a good sign. As always, first and foremost the most important thing is to win and getting the win is main focus. If the stoppage comes, beautiful.”

Buatsi vs. Ford features on a huge night of boxing in the Capital.