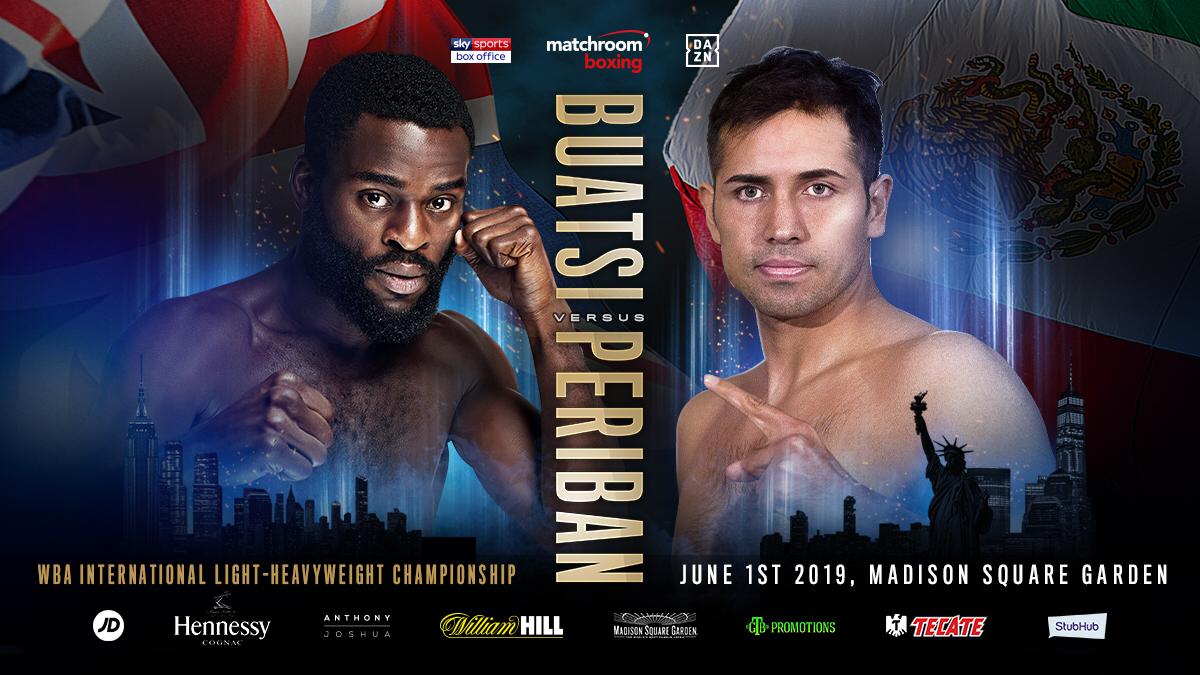 Joshua Buatsi will fight in America for the first time as a professional when he defends his WBA International Light-Heavyweight title against Marco Antonio Periban at Madison Square Garden on Saturday June 1, live on DAZN in the US and Sky Sports Box Office in the UK.

The 2016 Olympic bronze medallist landed his WBA crown with brutal first round KO of Andrejs Pokumeiko in July last year before defending the title twice against Tony Averlant and Renold Quinlan – both fights ending in explosive first round knockouts.

“I’m excited to be in the United states for the first time,” said Buatsi. “There is so much history here with this venue, the greats have fought here and to be able to say I’ve boxed at Maddison Square Garden this early in my career is an honour. I’ve had a great camp in Miami and I can’t wait to get started and put on a fantastic performance for all the fans.”

“As Britain takes over the Mecca of boxing next week in NY, it’s only right that one of our biggest rising stars gets the chance to shine,” said promoter Eddie Hearn. “Joshua Buatsi has been sensational since turning professional and next week gets the chance to make his US debut on the biggest stage of all. We expect a tough challenge from Periban who will have big support at the arena from the Mexican fans hoping Andy Ruiz can make history for his country. Periban has mixed in great company and this is the perfect test for Josh as he closes in at shot at the World title. Next week is going to be special in so many ways, I can’t wait!”