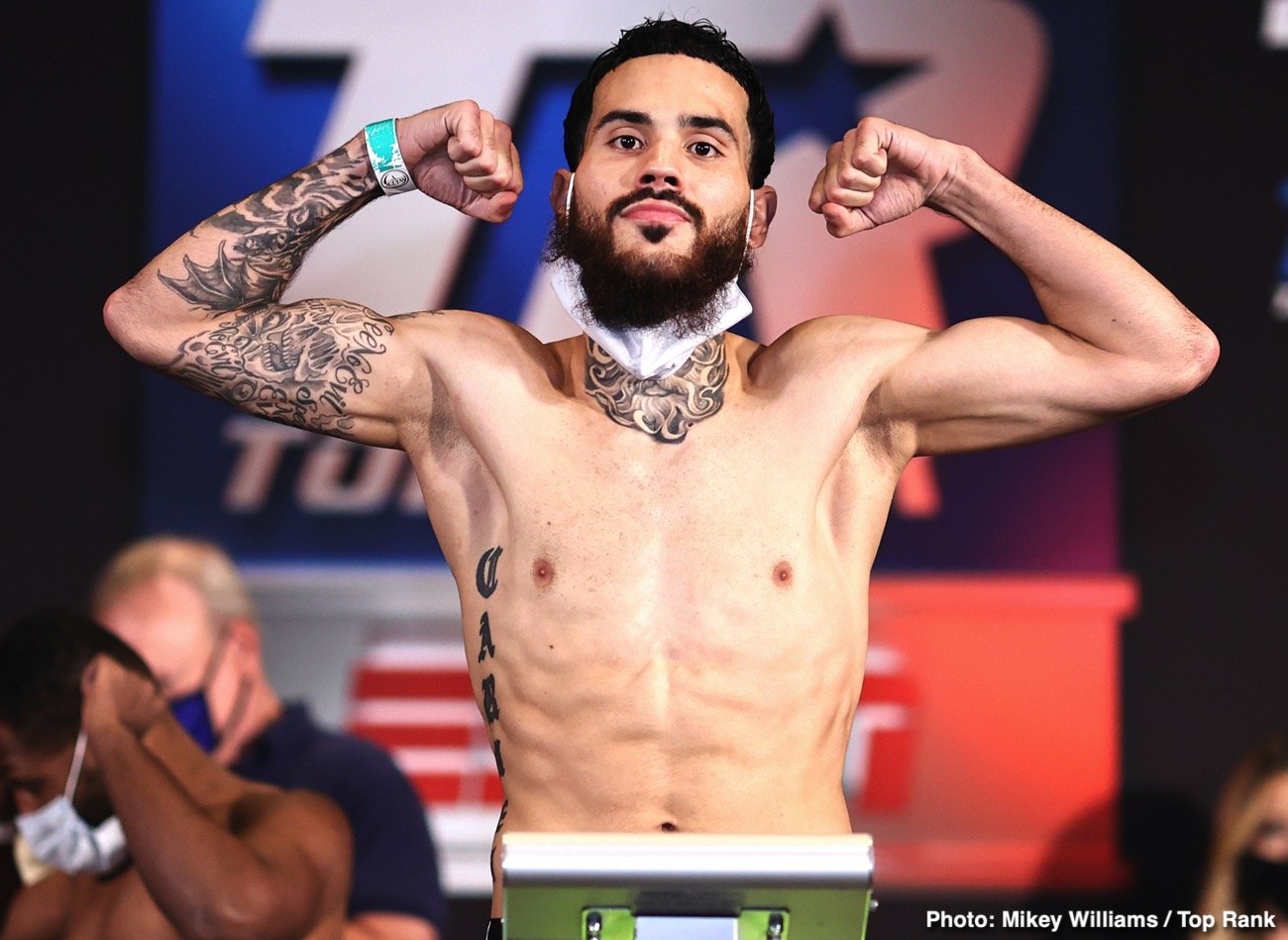 Tomorrow night, July 9, from the Grand Ballroom at the MGM Grand Conference Center, in Las Vegas, NV, DiBella Entertainment’s Joshafat “The Truth” Ortiz (7-0, 4 KOs) will take on Joshua Orta (6-0, 2 KOs), in a battle of undefeated junior lightweight prospects, scheduled for six rounds, live on ESPN, at 8:00pm ET/5:00pm PT, as part of the undercard to Jerry Forrest’s heavyweight bout against Carlos Takam.

Ortiz was born in Juana Diaz, Puerto Rico, but moved to the US at age four and was raised by his mother in Reading, PA. He was first introduced to boxing as a child, as his father, uncle and brother were all amateur fighters. Ortiz compiled an amateur record of 42-7, and was a three-time Pennsylvania Golden Gloves champion, before turning pro in May 2017. Trained by Rashiem Jefferson and managed by Felipe Gomez, he is coming off of an impressive six-round unanimous decision victory against Andrew Bentley, on September 20, 2019.

Joshua Orta, from Springfield, MA, turned pro in August 2018, but has been boxing since age 12 and was a Western New England Golden Gloves champion as an amateur. He is trained by Michael Rodriguez and Jose Ortiz out of Springfield’s Central City Boxing & Barbell Gym. In his last fight, Orta earned a majority decision win against the previously undefeated 6-0-1 Michael Valentin on November 23, 2019.

“I’m excited to be able to showcase my skills on such a huge platform. I feel very blessed and I’ll be sure to take full advantage of the opportunity. Orta is a good fighter, but he’ll be the one leaving the ring with his first loss,” said Ortiz. “I’m very thankful for my whole team and promoter Lou DiBella, as well as Top Rank, for making this happen.”

“This is a great opportunity for Joshafat Ortiz and I’m thrilled that he’ll get to return to the ring in front of a national audience on ESPN,” said Lou DiBella, President of DiBella Entertainment. “Orta is talented, undefeated and will provide a big test, but I am confident that Ortiz will prove he is a prospect on the rise and one to watch. Both combatants stayed in shape and took this fight on short notice. Good for them.”