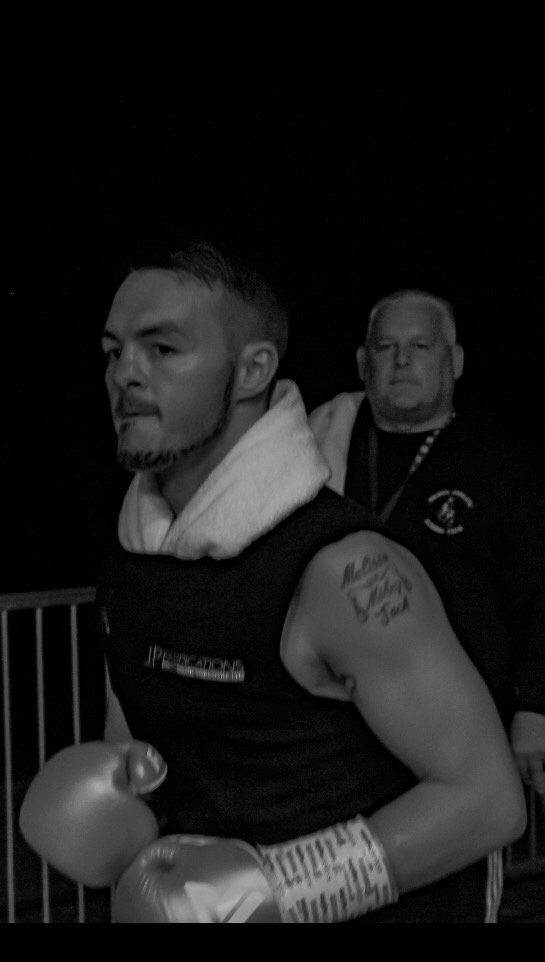 There have been plenty of father-son boxing link-ups over the decades. Floyd Mayweather’s relationship with his father has been tempestuous. Chris Eubank’s corner work for his son seemed bizarre. While, Julio Cesar Chavez Jr has had a tall task fighting in the shadow of his famous father.

Despite all that, plenty of these fighting relationships do prove to be not only successful, but also harmonious – not least that of Josh Wale and his dad, Mick. From the age of eight, when Josh first laced on a pair of gloves, Mick has been in the Barnsley favourite’s corner, and the pair have been inseparable since.

‘The Outlaw’, 29-11-2 (14), is soon to contest his 43rd fight at Sheffield’s Ponds Forge Arena on November 29. The former Central Area Super Bantamweight champ, and ex-British Bantamweight king, will bid to win a title at a third weight, when he takes on Ghana’s hard-hitting Felix Williams, 27-1 (20), for the International Boxing Organisation (IBO) International Featherweight crown, live on Freesports (Freeview 64; Sky 422; Virgin 553; Freesat 252; TalkTalk 64; BT 64).

Ahead of the contest, Mick has hailed his son as, not only, a boxing inspiration, but also a warm, generous and genuine human being.

“I couldn’t be prouder of Josh,” said Mick. “He won national titles and fought for England in the amateurs, and I’ve been all over the world with him. We turned pro together too, and he’s already had a fantastic career. If he retired tomorrow, I’d be very proud of him.

“It used to be hard for me to see Josh in the ring. We had 43 amateur bouts together, and I cornered him for all but three of those, when he boxed for England. And I’ve been in the corner for all 42 of his pro fights. When we’re walking to the ring, I’m still a bit nervous, but as soon as the first bell goes then I’m happy.

“Since Josh has moved up a weight [to featherweight], his whole demeanour is different. He’s always in a good mood in the gym, and we’re not just training now to make weight, we’re working on his boxing.

“I’ve seen a bit of [Felix] Williams before he was matched with Josh. He’s got a great record, but he looks like he likes things his own way. He’s got used to knocking people out, but I’d sooner he comes to have a fight than someone who’s going to be negative.

“This will be another great fight that Josh will be in. I think with the record he has, Williams might just look past Josh a bit. Josh has got losses on his record – half of which we’d dispute – and I think this kid will come looking for him. Josh is always in a great fight though, and we’ll see the best of him in this fight.

“We’ve got a good promoter behind us in Dennis Hobson. Dennis has made a statement by bringing this kid over to fight Josh, and we’ll make a statement when we beat him. If we stay on this route, then we could end up fighting for the IBO world title, that’s our plan, and Dennis’ plan.

“We’ve got a promoter behind us, who will back us. Going on what I’ve seen from Josh in his last couple of performances, what he’s doing in the gym, and the way he lives his life – he’s never had a drink or smoked – he’s still really fresh, and there’s still plenty in front of him.”