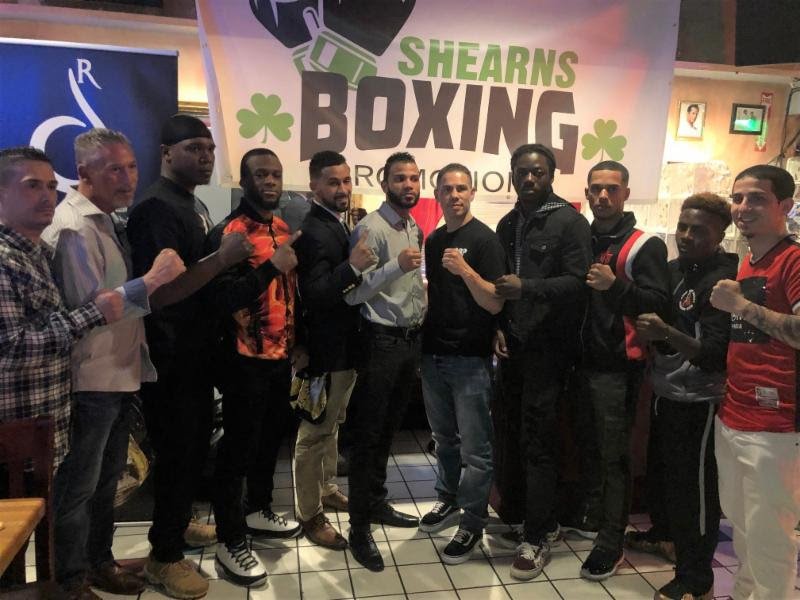 Three-time, two-division world champion “El Gallo” Jose Antonio Rivera will fight at home for the final time on Friday night, June 14, when he competes in his 50th professional match, headlining “Quest For 50” against former WFC champion Travis “Sweet Feet” Scott, at The Palladium in Worcester, Massachusetts.

The 46-year-old Rivera (42-6-1, 25 KOs) came out of a seven-year retirement last August, in which he defeated journeyman Larry Smith by way of a seventh-round technical knockout, dropping 40 pounds during the process to fight as a middleweight.

Rivera, a full-time court officer in Worcester, announced that his eight-round, middleweight fight against Scott (19-5, 5 KOs) will be his last fight in Worcester, likely his final ring appearance, unless he receives a lucrative offer he can’t refuse.

“Once I fought last August after a seven-year retirement,” Rivera said, “I knew I was going to have one more for 50. I just didn’t know when. Like Chuck (Shearns, co-promoter) said, my opponent, Travis Scott speaks volumes. His last four opponents had a combined record of 49-0. He’s coming to Worcester to try and win. Let him try.

“I understand I’m 46, but age is the last thing on my mind. It’s more important for me to focus. The weigh in is in five weeks from today and I’m already 10 pounds off weight. It shows how hard I’ve been training. I’m training for this fight like I was training for my world title fights.”

The highlights of Rivera’s 26 ½-year pro boxing career was taking a 12-round majority decision victory in Germany over Michel Trabant in 2003 for the vacant World Boxing Association (WBA) welterweight title, along with his 12-round unanimous decision win in 2006, in front of nearly 9,000 fans in Worcester, versus defending WBA junior middleweight champion Alejandro Garcia.

Danbury, CT welterweight Omar “The Beast” Bordoy, Jr. (7-1, 2 KOs) will attempt to rebound from his only pro loss in a six-round bout versus Tyrone “Hands of Stone” Luckey (9-10-3, 7 KOs), fighting out of Neptune, New Jersey.