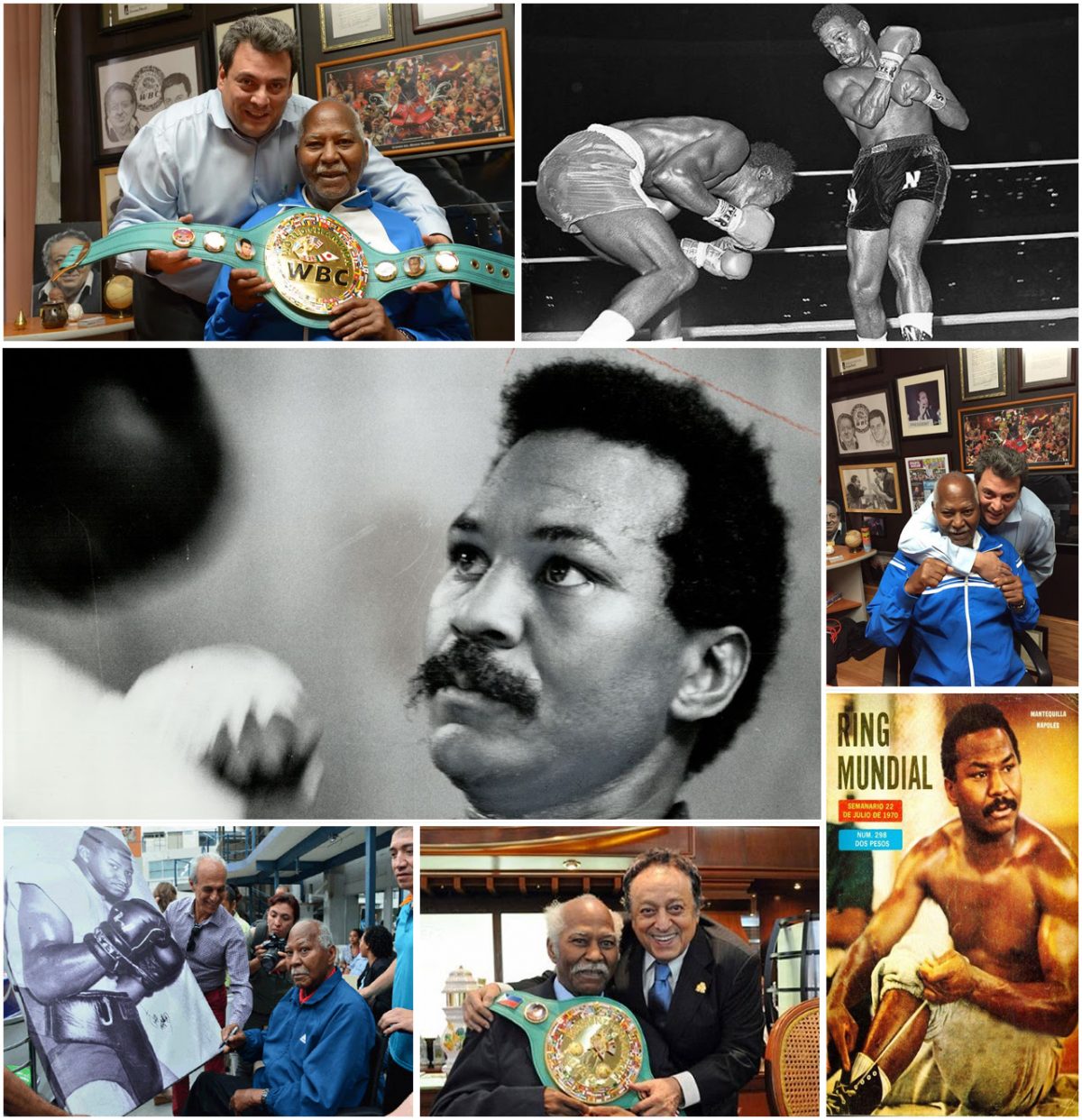 It is with profound sorrow, that we report that Jose Angel “Mantequilla” Napoles Colombat died today, and with his the passing, a golden era of the world welterweight championship closes full circle.

Typical of the man, who was the bravest most courageous of fighters, that although he had been affected by various illnesses for some time, he bravely battled on, attending WBC events, always smiling and being greeted by his many friends and fans, who admired him as a fighter and as a man. Today that struggle came to an he came to the end. with his children and grandchildren at his bedside in Mexico City.

“Mantequilla” was born on April 13, 1940 in Santiago de Cuba, but as a young man he traveled to Mexico, and was soon thrilling fans with his lion hearted power and steadfast courage, so much so that they promptly adopted him as one of their very own.

The then president of Mexico, Gustavo Díaz Ordaz, granted him Mexican nationality, exactly one day after he was crowned world welterweight champion, by defeating Texan Curtis Cokes on points, on April 18, 1969, at the Inglewood Forum, in a promotion by George Parnassus.

During his career, “Mantequilla” defeated the best fighters of his era, including Curtis Cokes, Emile Griffith, Ernie Lopez and Alfredo Urbina.

On December 6, 1975, in a titanic fight, he lost the world crown against Briton John H Stracey. During his career he hammered and shaped a tremendously impressive record of 81 wins with 54 knockouts and just 7 losses. Jose Napolis is forever revered as one of the Fifty Plus KO Elite.

John H Stracey said: “I`m so very proud to have shared a ring with the Great Jose Napolis. What a magnificent fighter he was and what a great champion. Look how long he reigned as a champion. This is such a sad day.”

In his chosen professionalism, he was directed and guided by Cubans Cuco Conde and Kid Rapidez, manager and coach respectively.

José Angel was a close friend of Don José Sulaiman and Mauricio Sulaiman, Presidents of the WBC, who were always took care of him and his health.

The Telmex-Telcel Ring Program, under the leadership of Don Carlos Slim, granted him a lifetime pension and the services of the Mexican Social Security Institute.

The World Boxing Council is in deep mourning with the departure of one of the very greatest welterweight champions of all time and one of the most beloved people in this sport. A fierce competitor in the ring, he was a kind gentleman outside of it.

Rest in Peace Dear champion! Thank you for the wonderful everlasting memories.

CANASTOTA, NY – AUGUST 17, 2019 – The International Boxing Hall of Fame announced its flags will fly at half-staff in memory of two-time welterweight champion Jose “Mantequilla” Napoles, who died yesterday in Mexico City, Mexico. He was 79.

“Jose Napoles was one of the most talented welterweight champions in history and his stylish moves in the ring provided countless thrills for boxing fans the world over,” said Hall of Fame Executive Director Edward Brophy. “The Hall of Fame joins the boxing community in mourning the passing of a legend and offers our condolences to his family.”

In 1990, Napoles was elected into the International Boxing Hall of Fame.

Email
WhatsApp
Tweet
Share
Previous boxing news: James Kirkland To Return After Four-Year Layoff: Is It Too Late For This Once Thrilling Warrior?
Next boxing news: Tributes Pouring In For Jose Napoles
You are here: Home / Boxing History / Jose Angel Napoles passes away
Follow @boxingnews24