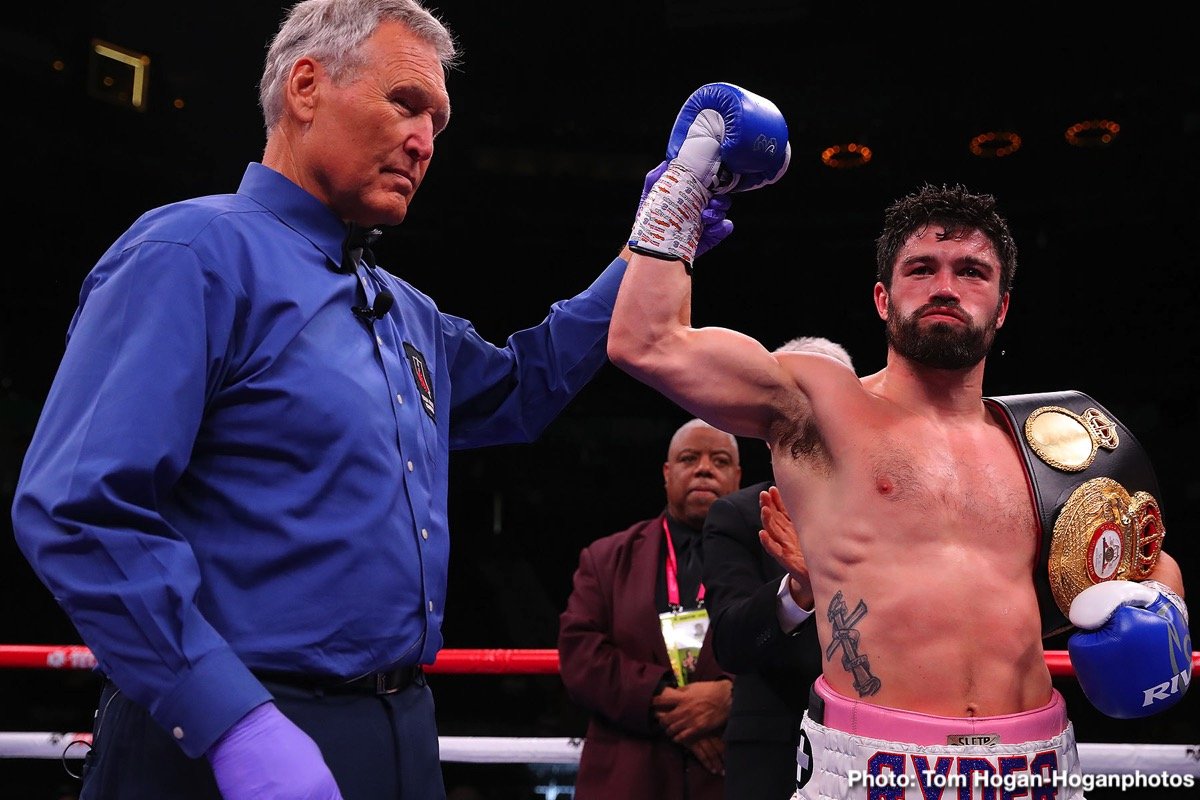 John Ryder is hoping to prove that size isn’t everything when he challenges Liverpool’s giant Super-Middleweight king Callum Smith for his WBA World, WBC Diamond and Ring Magazine titles at the M&S Bank Arena on Saturday November 23, live on Sky Sports in the UK and DAZN in the US.

Smith towered over Ryder at their launch press conference ‘face-to-face’ photographs back in September and will be the much bigger man on the night, but ‘The Gorilla’ isn’t fazed by the significant size difference in the slightest and even thinks he will be able to use it to his advantage as he bids to lay waste to Smith’s ambitious plans for 2020.

“He’s an absolute unit. He’s a massive man mountain and he’s barely put a foot wrong. He’s had such a good career so far, but I believe that I can derail that. He’s beat good fighters but I believe now is my time and timing is everything in boxing.

“I’m going to bring something that he’s probably seen in the amateurs but as a pro I don’t think he’s had the pleasure of. I’m a slick southpaw and I can punch hard with both hands. Height is his advantage but I believe that being shorter is sometimes an advantage as well, getting under the shots and working the body and over to the head, so I believe that will play into my hands as well.”

Ryder (28-4, 16 KOs) earned the number-one ranking with the WBA with a seventh round technical knockout win against previously undefeated Russian Andrey Sirotkin in their final eliminator clash at the Copper Box Arena in London last October.

He then continued his red-hot form by stopping Bilal Akkawy to win the vacant interim WBA Super-Middleweight title last time out on the undercard of Saul Alvarez-Daniel Jacobs at the T-Mobile Arena in Las Vegas, and in doing so kept himself in line for an all-British showdown for Smith’s crown.

“He’s the champion and he deserves to be the champion, he’s beaten a champion and a good fighter to win it and I’ve earned this shot. Many people said that I was trying to avoid him and I was looking for an easier route – no chance. I fought an eliminator for this title, I even fought in another eliminator in Vegas to get this title. I’ve earned this shot now and I deserve to be here.

“I feel like I’ve developed all round as a man and a boxer. I just feel so physically and mentally strong. I feel like I’ve become a man over the last couple of years and I’m in the best position that I could possibly be in. Winning a World title would be 19 years of hard work, grit, smiles, tears and heartache all coming together on one big night and a dream come true.”