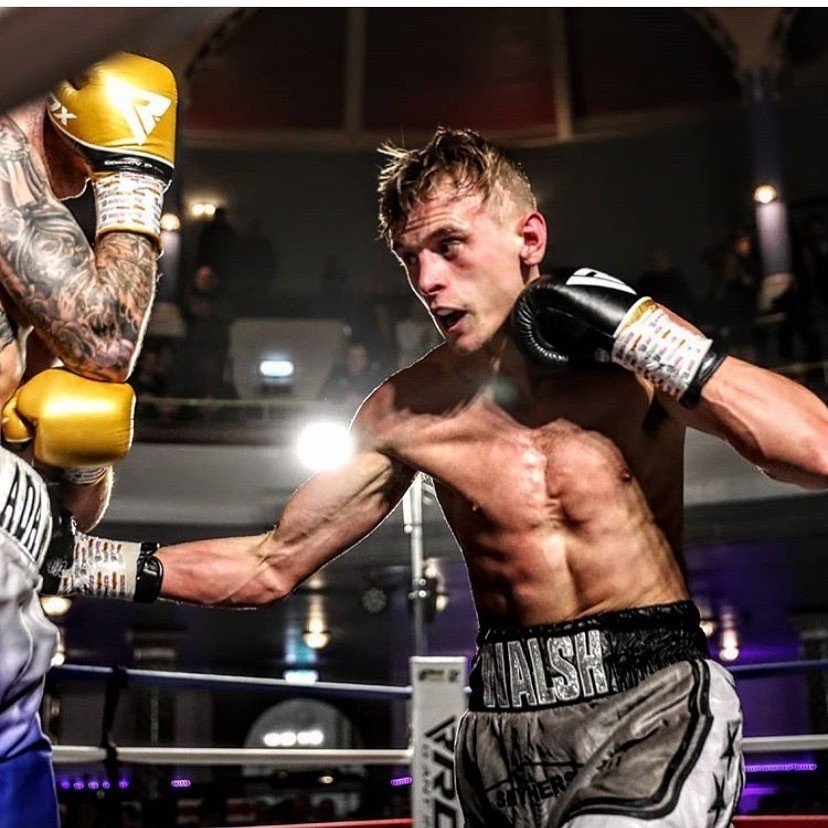 While‘ Jof’ isn’t able to pound the heavy bags in the gym, he’s lifting massive pounds at his Liverpool home instead.

The unbeaten pro has thrown himself into strength training while the boxing gyms are inaccessible due to the spread of coronavirus.

The 140-pounder said, “I have just been concentrating on my strength work, so I’ve been quite motivated, but not been thinking about boxing too much. I managed to get hold of a couple of weights, actually got around 150 kilos of weights in the garden, got a bench press, a squat rack, so I’ve given myself a different goal to aim for.

“I’ve still been doing roadwork as well, about twice per week, just trying to keep my weight down.
I’m 10st 8/9lbs at the moment, but still quite lean, so when I come back down to 10st, I’m going to be a lot stronger.”

The Haringey Box Cup champion raced to 4-0 as a pro within 12 months between his debut in March 2019 and his last fight in February this year.

‘Jof’ floored Paul Dulcie on his pro bow to win 40-35 on points; he followed that with another shutout points win against Carl Turney; then, he scored a second-round stoppage over 145-fight veteran Youssef Al Hamidi, becoming just the fourth boxer to halt the durable Syrian from Yorkshire.

In his last assignment, he was given a tough test against the talented Chris Adaway, who has a knack for upsetting home fighters – as an amateur, he won seven Western Counties titles and represented England. Walsh had to dig deep to outpoint the adept Devonian 39-38 on the scorecards.

“Yeah, it was a good learning fight, he brought me down a level, because I know I’m ten times better than that,” he said of his last fight at the Grand Central Hall in Liverpool on February 28. “He brought me into his game; he was awkward as well; he’s a live opponent.”

Everton Red Triangle Gym always schedules its events for the entire year ahead and had four more dates secured for 2020, which have now been either missed or written off for the foreseeable future.

“I wanted to carry that momentum on; I had five fights scheduled this year, but obviously, the coronavirus has stopped that now, and I don’t know how long the break is going to be,” Walsh said.

The British Boxing Board of Control has ruled that a maximum of five fights only will be permitted to take place on future events for safety reasons when live boxing returns.

“There are only five fights allowed on the shows now, so let’s say we have ten boxers per show and, say, five events per year, that’s not many getting to fight. So, it’s only going to be the elite fighters that get on the big shows for now.”

The youngster is not allowing himself to grow impatient while his career is put on hold, however, “Obviously, I do want to box again, but the realistic side is that it won’t be this year, or maybe late this year.

“I want to get back to where I left off, but I haven’t been frustrated at all, because it is what it is, you can’t obsess over something that you cannot change, so I just set myself new goals with the strength training, and I’ll go back a lot stronger.”