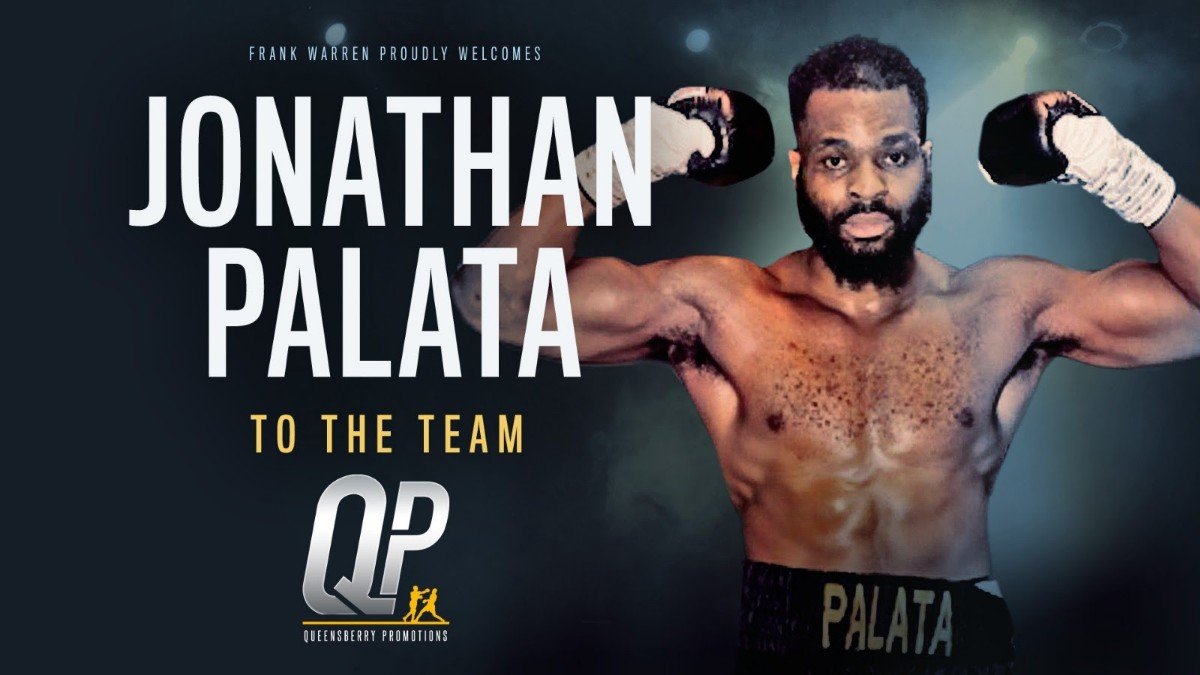 SYDENHAM HEAVYWEIGHT PROSPECT Jonathan Palata has signed promotional terms with Frank Warren and will make his first appearance under the Queensberry Promotions banner at The O2, London on July 13.

Known as ‘GSP’ (God Speed Palata), the naturally athletic Palata turned professional in May of last year and has since clocked up five wins, with two coming via stoppage.

A 30-fight amateur, Palata won 26, with half his victories clinched by KO while becoming ABA Novice Champion, London ABA Champion, Haringey Box Cup winner and reaching the quarter finals of the Senior ABA’s.

Palata, 30, who trains out of the Peacock Gym in Canning Town, is ready to open a new chapter in his professional story.

“I am very happy about signing with Frank and we are in the big league now, so it is time to perform and come into the light,” he said on signing with the Hall of Fame promoter. “I have been waiting for this and it is what I have been working for.

“I am very excited and very happy,” he added, before considering the fact that he has joined a stable containing the best of British heavyweights in Tyson Fury, Daniel Dubois, Nathan Gorman and Joe Joyce.

“I literally have joined the home of the British heavyweights! Now I need to stand next to them and I don’t think I am far away. Give me another three fights and we will see where we are, but not far off at all.”

Palata will now add his significant weight the card titled ‘Heavy Duty’ at the o2, headlined by the British title showdown between Dubois and Gorman, with Joyce taking another step up against the American former world title challenger Bryant Jennings.

“It will be great and there are big heavyweight fights on there, so it will be a heavy duty night.

“I have got a more aggressive style now and will be going for the stoppages, whereas before I was told just to box. I always perform better against stronger opponents who throw and have more ambition.”