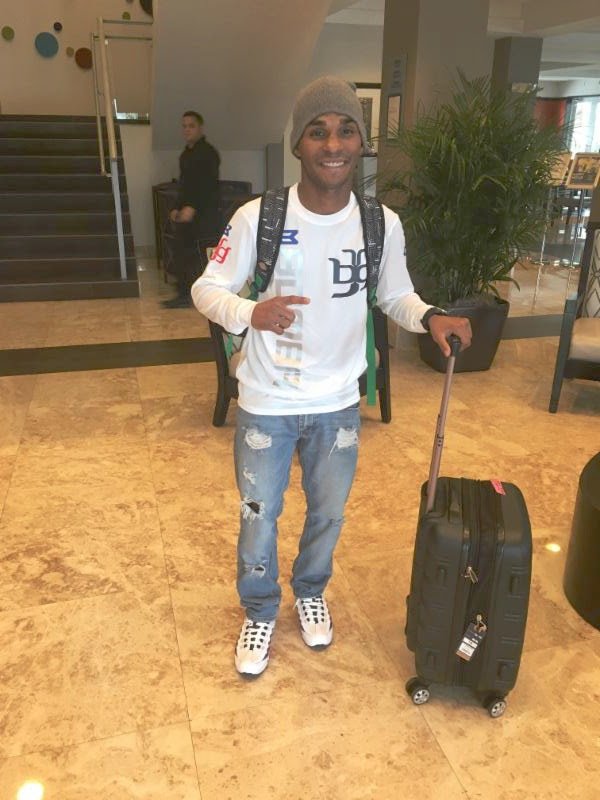 Former NABA, WBC Latin Champion and WBO #15 contender Jonathan “Bomba” Gonzalez of Caguas,Puerto Rico arrived today in Miami, Florida where he will be a special guest of the popular show Titulares y Mas on Telemundo tonight with host Karim Mendiburu at 11:35 PM to talk about his upcoming fight this Friday, February 23 at the Osceola Heritage Park Events Center in Kissimmee, FL.

“I feel great, we had the best camp ever, I want to dedicate this fight to all of Puerto Rico because the last 6 months have been very challenging to the island. This is my time. Te amo, Puerto Rico” – Jonathan Gonzalez

Gonzalez will face world title challenger Ricardo “Meserito” Rodriguez of Mexico in the main event with a WBO regional flyweight title at stake. The clash will mark the spring season opener of the Boxeo TELEMUNDO series and will be televised live by Telemundo Deportes at 11:35 PM. Tickets are on sale at www.ticketmaster.com ohpark.com

Telemundo and Telemundo Deportes En Vivo app will broadcast live with commentators René Giraldo and Edgar López from the venues calling the bouts.

The season opener will have Mexican title contender Rodriguez looking to redeem himself from the last performances and extend his undefeated winning streak versus Puerto Rican fighters with a 5-0 record in regional title fights. Rodriguez will face Gonzalez – nicknamed “Bomba” because of his past explosive knockouts – who recently signed with All Star Boxing, Inc. after gaining an International Boxing Association’s (AIBA) Youth World Championship title and two Puerto Rican championships. Gonzalez has used the recent natural disasters in Puerto Rico as a motivation to fight for all those who have been affected and is ready to make his debut on Telemundo.

The undercard for the 2018 spring season premiere will feature Olympians Antonio Vargas (5-0-3 KOs) of Kissimmee, Florida and Jeyvier Cintron (2-0-1 KO) of Bayamon, Puerto Rico. Vargas represented team USA in Rio in 2016 and will be coming off a spectacular win over undefeated prospect Jonathan Garza last November. Cintron was the first and only two-time Olympian boxer to have represented Puerto Rico in the amateur ranks, and he is looking to make up for the lost time after the natural disasters that hit the island by staying very busy in 2018, starting with this bout.

“Boxeo Telemundo Ford” 2018 spring season will continue on March 2 with an exciting bout between David “Severo” Carmona and Jesus “Azul” Iribe for the vacant World Boxing Council Latin Bantamweight Title. On March 9, Telemundo returns to Mexico City for another all-Mexican bout, featuring Gilberto “Yaqui” Parra, who is ranked among the top ten in the world in his weight class, and Saúl “Baby” Juárez for the World Boxing Council Latin Light Flyweight Title.

The “Boxeo Telemundo Ford” season will be broadcast live on Telemundo and live streamed on Telemundo Deportes En Vivo app and will be complemented with extensive news and content on TelemundoDeportes.com, including access to the weigh-in and exclusive behind the scenes content. “Boxeo Telemundo Ford,” the longest-running boxing program on U.S. Spanish-language television, debuted in 1989. Since then it has showcased more than 50 world champions, including Erik Morales, Felix Tito Trinidad, Wilfredo Vazquez, Daniel Zaragoza, Saúl “Canelo” Álvarez, Oscar “Chololo” Larios and Israel “El Magnífico” Vazquez, earning a reputation as the show “where champions are born.” “Boxeo Telemundo Ford” wrapped up 2017 with its highest fourth quarter ever among adults 18-49 with 227,000 and 480,000 total viewers, according to Nielsen.