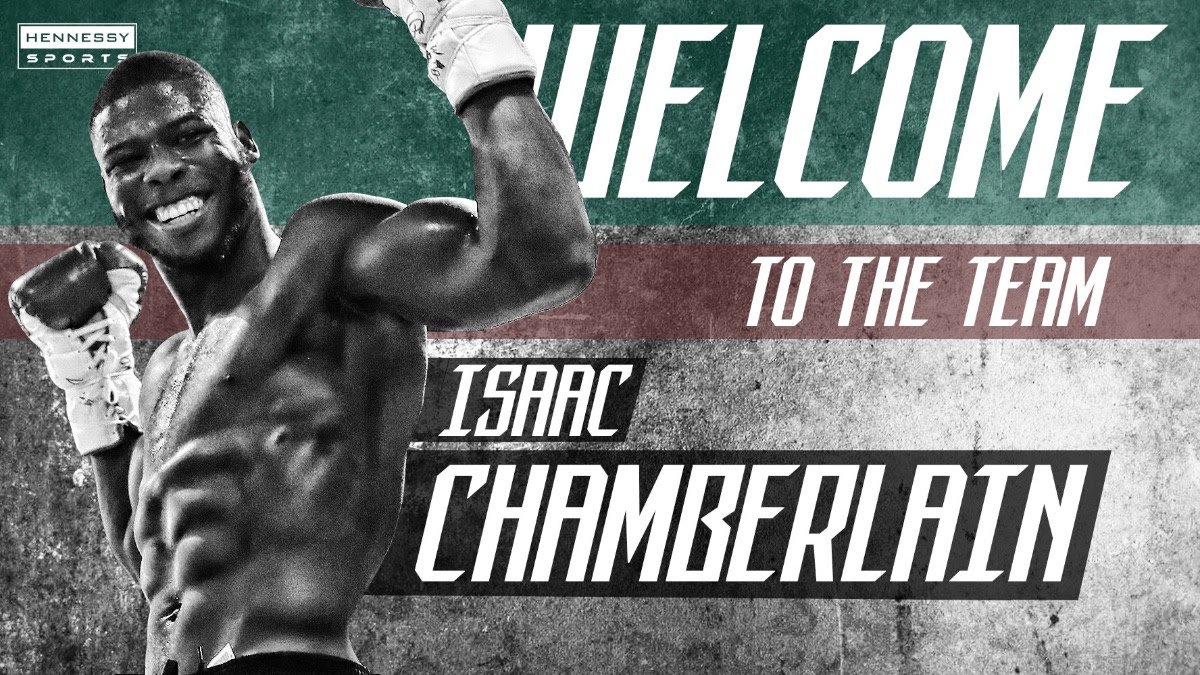 Former World Champion Johnny Nelson is a massive fan of top cruiserweight talent Isaac Chamberlain and can’t wait to see him return to the ring on Saturday 28th March at the Coventry Skydome, live and exclusive in the UK on free-to-air Channel 5.

Nelson, the longest ever reigning World Champion in the cruiserweight division from 1999-2005 with 13 defence of the WBO crown, believes that people will say ‘Wow’ when Chamberlain fights for the first time in 16 months and reignites his trail to a World title.

The pair were together at the launch of the charity Gloves Up Knives Down new initiative ‘Preventative Intervention’ last Friday at the Repton club alongside other high profiles names including former World Champion Darren Barker, former Two-Time World title challenger Kevin Mitchell and Ultimate Boxxer 6 Heavyweight winner Nick Webb.

Chamberlain, 25, has now got his career back on track after last week signing a long-term promotional agreement with promoter Mick Hennessy and will feature on two show in just the space of a month. First in Coventry on the undercard of the massive British Light-Heavyweight title clash between Shakan Pitters and Craig Richards and then on Alex Dilmaghani’s European title challenge against Champion Samir Ziani on Saturday 25th April at the National Sports Centre, Crystal Palace, also live on Channel 5.

Sheffield great Nelson, who is now a pundit on Sky Sports’ boxing shows, said of Chamberlain, “Give him time because all of a sudden he’s going to grasp back on the scene again and they’re going to say ‘Wow’ and it’s nice because I want them to look back at Isaac fighting Lawrence Okolie and look at how much he’s improved now to what he was then.”

💪 "He's going to all of a sudden graft back on the scene again. And then they'll say, wow"

‘Chambo’ said, “It’s great to hear that from a respected former World Champion like Johnny who’s been there, seen it and done it. I see my story in him. He had to take himself off around the world for fights and sparring to better himself and that’s what I did sparring with the likes of Deontay Wilder and Alexander Usyk. He knows the type of sacrifices that have to be made and these other guys in the division haven’t had to to do that. The months of inactivity and living, praying and believing the dream that you will become a World Champion. I’ve never stopped believing and now that is all going to pay dividends.”