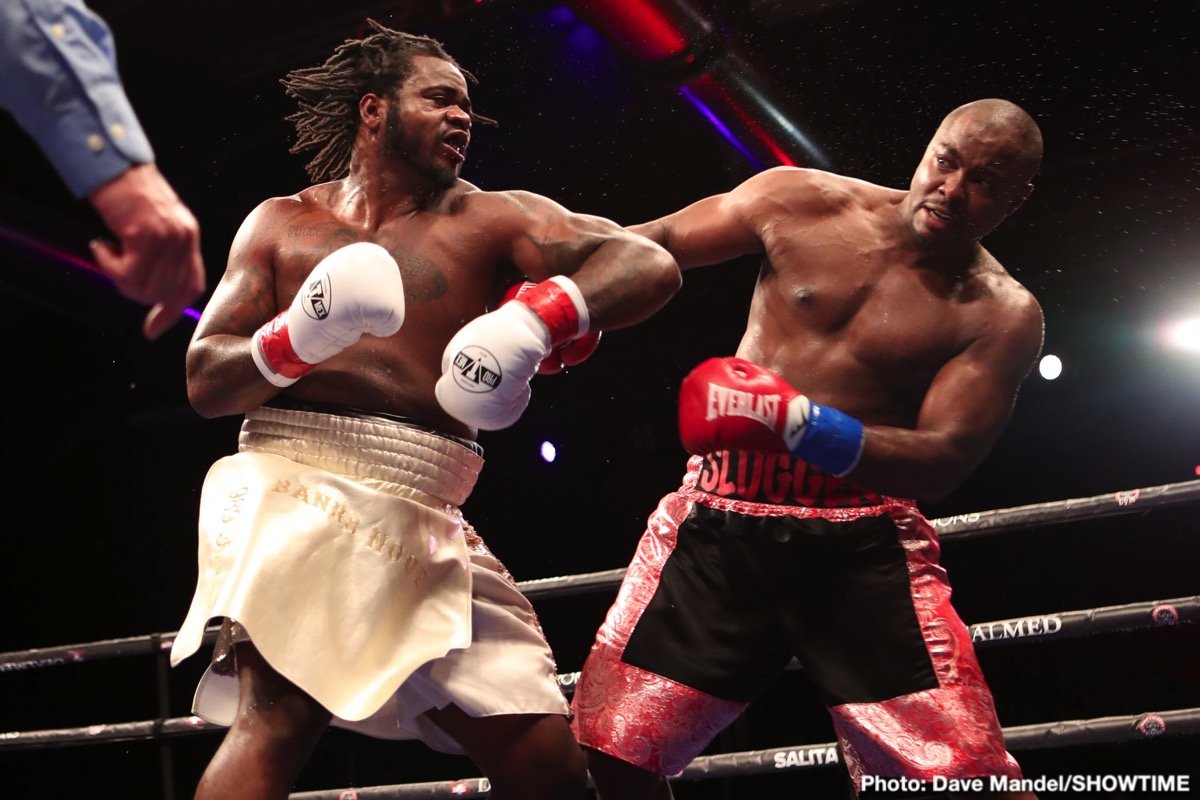 Franklin (19-0, 13 KOs) will make his third consecutive SHOWTIME appearance of 2019 as he seeks a definitive victory less than an hour from his hometown of Saginaw, Mich. The 25-year-old will take on once-beaten Czech Republic heavyweight Sour (11-1, 6 KOs) on the undercard of a SHOWTIME BOXING: SPECIAL EDITION telecast headlined by Claressa Shields vs. Ivana Habazin.

Headlining the non-televised undercard will be an “All Detroit” showdown between crosstown rivals, as West Detroit’s Ja’Rico O’Quinn and East Detroit’s James Smith battle in a 10-round fight for Motown super flyweight supremacy.

Tickets for the live event, which is promoted by Salita Promotions, are on sale now and can be purchased at Ticketmaster.com and at the Dort Center box office.

Considered one of the top American heavyweight prospects, Franklin is a former amateur standout and 2014 National Golden Gloves Champion. He passed on the opportunity to compete for a spot on the 2016 Olympic Games and, after turning professional in 2015, built his undefeated record with relative ease through his first 17 fights. In 2019, Franklin stepped up his level of opposition in consecutive fights on SHOWTIME, earning a unanimous decision over former No. 1-ranked U.S. amateur Rydell Booker in April, followed by a hard-fought split-decision over Jerry Forrest in July. Now, the 6-foot-2 Franklin returns for his third bout of the year seeking a conclusive victory for his hometown fans.

“This is what I have been waiting for,” said Franklin. “I can’t wait to put a show on in front of my hometown with friends and family in the crowd. I’ve been working on my diet and taking better care of my body since my last fight. I’m focused on not wasting any punches and letting the knockout come naturally, not pushing for it. I’m going to be better conditioned and more patient and finally prove to fans why I’m America’s next great heavyweight.”

Sour with one loss on record

Sour turned professional in 2016 and has won 11 of his first 12 professional bouts. The 36-year-old is coming off a career-best win over previously undefeated Tomas Salek for the regional Czech heavyweight title. The 6-foot-5 Sour has fought all but one of his professional bouts in his native Czech Republic and will make his U.S. debut against Franklin. He was an accomplished amateur overseas and racked up an 80-43-2 record while representing the Czech national team from 2008 to 2015. The lone blemish on Sour’s record is a 2017 loss to highly regarded unbeaten heavyweight Filip Hrgovic.

“I have the technique, speed and power to beat Jermaine Franklin,” said Sour. “I am in great shape, I’m training hard and I’m very confident heading into this fight. Franklin is underestimating me because of my age, but I’m going to show him he’s wrong and have my hand raised when the final bell rings.”

“Jermaine Franklin is on a mission to show the world that he is the top new heavyweight on the scene,” said promoter Dmitriy Salita, President of Salita Promotions. “He will fight the big and strong Pavel Sour who is coming off a career-best win. This is a significant heavyweight fight that will add to the already historic and electric event on October 5 headlined by Claressa Shields vs. Ivana Habazin.”

O’Quinn to give maximum effort

The 24-year-old O’Quinn (12-0-1, 8 KOs) stands 5-foot-6 and is rated No. 13 in the world by the WBO. Blazing-fast hands and effortless combination punching have allowed the undefeated O’Quinn to become a favorite among Motor City fight fans. O’Quinn was the No. 1-ranked amateur bantamweight in the country before turning professional in 2015. He was last seen on April 13 of this year at Boardwalk Hall in Atlantic City, winning a dominant unanimous eight-round decision over Minnesota veteran Vicente Alfaro Martinez.

“On October 5 you can expect nothing less than what I always do and that’s win!” said O’Quinn. “This is the biggest fight of my professional career and my first 10-round fight and I’m taking it very seriously. I will look the best I’ve looked as pro on that night and after the fight I’ll be looking for bigger names to take on in the super flyweight division.”

A 29-year-old standing 5-foot-3, Smith (13-2, 7 KOs) carries a reputation as a throwback and one of the most exciting Detroit fighters of the last decade. Known for his fearless aggression in the ring, Smith’s fights are always “must see” fare for Detroiters. Also an accomplished amateur, Smith is a former National Amateur Champion and eight-time Golden Gloves Champion. His last fight came in February of this year at the Performance Arts Center in Dearborn, Mich., where he won a unanimous six-round decision over Mexico’s Jonathan Lecona Ramos.

Smith says O’Quinn not on his level

“My opponent is solid, but he’s not on my level,” said Smith. “He throws a lot of punches but he slaps a lot. There is nothing he can show me that I have not already seen before. The fans can always expect an exciting fight when it comes to me. I’m going to always put it all on the line to win.”

“Detroit is one of the best boxing fight cities in the country and this fight is an example of that,” said Salita. “Ja’Rico is touted as one of the best American super flyweights, while James Smith was a can’t-miss prospect when he turned professional. This fight could turn out to be the fight of the night because both guys will leave it all in the ring to win. Will it be Ja’Rico’s speed and timing, or will James Smith grind him down with his aggression and pressure? No matter who wins, this will be an unforgettable war.”