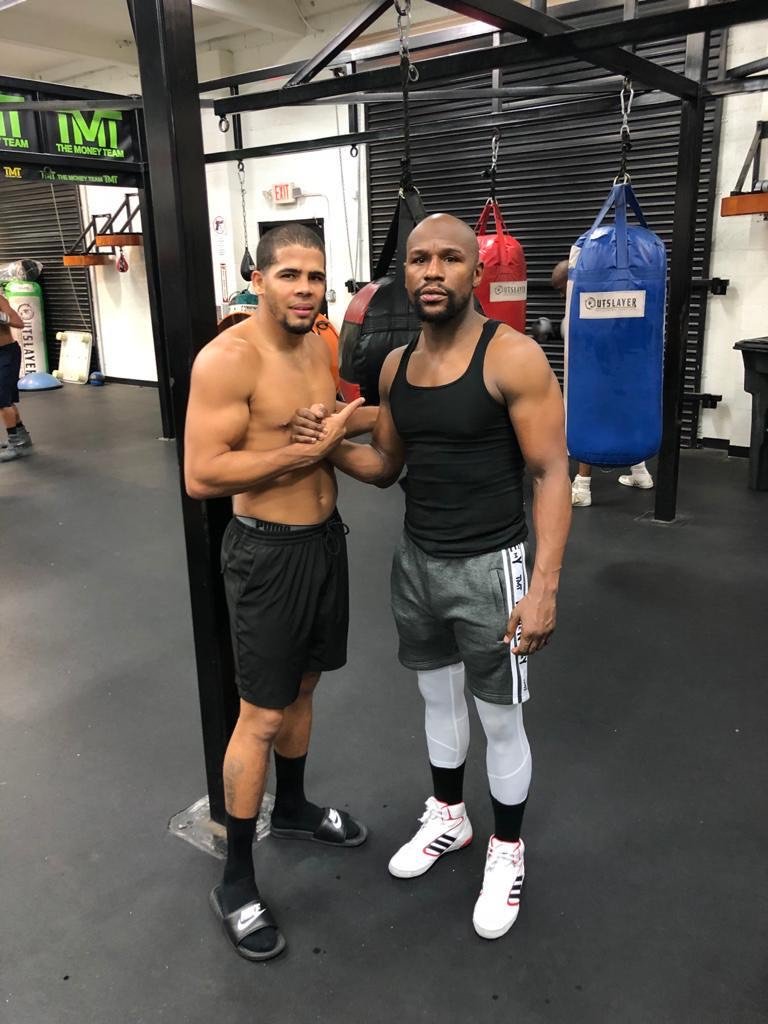 Because of the COVID-19 pandemic, gyms in Puerto Rico are not operating, hence why Torres (18-0, 14 KOs) was sent by his manager, Raúl Pastrana, to Las Vegas to continue his training.

During his stay there, under the eye of trainer Yoel “Yowy” González, Torres did a few sparring sessions with some prospects and world champions, including Gervonta “Tank” Davis, the current World Boxing Association (WBA) junior lightweight world champion, who is also promoted by Floyd Mayweather Jr.

“Floyd had a personal interest in Torres because he was impressed by what he was doing in the gym and decided to sign him because he is a fighter who works very hard, and we hope to keep the tradition of producing great world champions from Puerto Rico,” Ellerbe added.

Pastrana, president of Spartan Boxing, expressed: “Mayweather really liked Lobo’s work ethic. He was present during a sparring session with Gervonta Davis and approached us with great interest to add him to his company and, thank God; it’s now a reality for which we are thankful to Mayweather and Ellerbe.

I also want to thank Carlos “Sugar” de León, Jr. and former world champion Clarence Adams for all their help in Las Vegas.”

Torres, who is a former member of the Puerto Rico National Amateur Boxing team and the current WBO Latino Champion, said:

“I went to Las Vegas to work hard and never thought this would happen. “I’m in a position where at any moment, they could call us to fight for a world title, and we can’t lower our intensity and train at half speed during the pandemic.

Signing with Mayweather is a dream come true, and I won’t disappoint him. What started as a temporary training ended being a great step in my career, and I want to show that he made the best decision.

By the grace of God, we’ll bring a lot of glory to Mayweather Promotions, Trujillo Alto, the town of La Gloria, and Puerto Rico.”

“I wanted to experience what it was like to train and spar in Las Vegas,” said Ricky Medina, who resides in San Antonio, TX. “In every gym that we entered, there was either a current or past world champion getting ready to work out. I got to meet Floyd Mayweather and Tank Davis. In addition, got some good tips from Bones Adams and Jorge Capetillo. Sparring with Magdaleno was great work. I can see myself holding training camps out there in the future.”

“The experience Medina got while sparring in Las Vegas is going to give him extra confidence as he takes his career to the next level.” said Greg Hannely, CEO of Prince Ranch Boxing. “He’s already a very confident fighter so this sparring tour will only enhance his game. I’m happy that he was able to share the ring with some great fighters.”

“Ricky Medina did really well with everyone he sparred,” said Rick Morones of TMB Entertainment, Medina’s promoter. “Las Vegas is where all the top sparring is at and I’m glad we got to get that work. Everyone was very nice, and Floyd Mayweather had some inspiring words in regard to Medina’s talent. about Median. I want to thank Greg Hannley and Bones Adams for letting us train at the Prince Ranch Boxing Gym.”