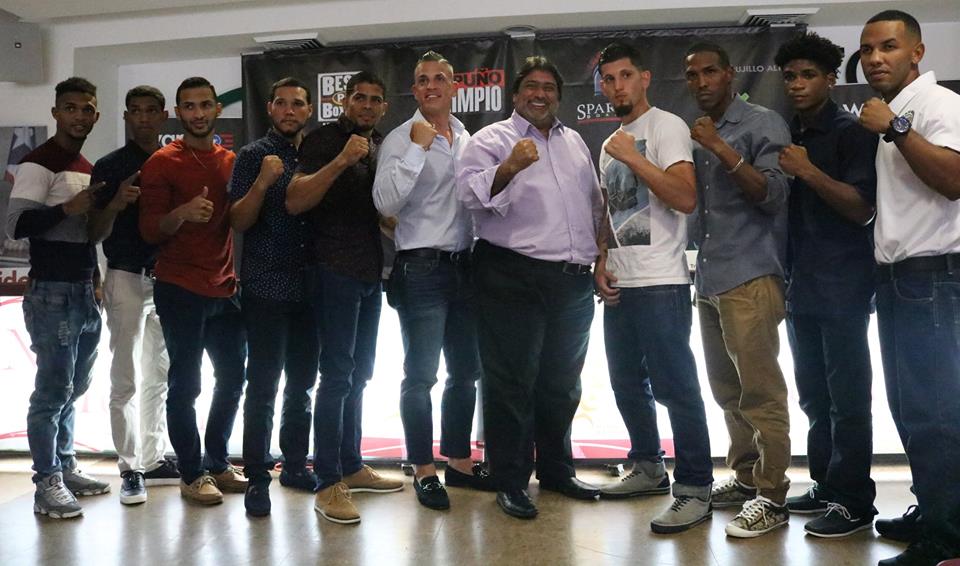 The successful series “A Puño Limpio” will begin a new chapter this Friday, August 10, when the locals Jean Carlos “Lobo” Torres and Bernard “Bimbo” Lebrón will fight separately at the Rubén Zayas Montañez Coliseum of Trujillo Alto, in a presentation of PR Best Boxing Promotions (PRBBP) in association with Spartan Boxing, which will be rebroadcasted by Wapa 2 Deportes.

“After several years we will present A Puño Limpio, a series in which some Puerto Rican prospects got to know and developed around Puerto Rico, but this time we do it with the Rubén Zayas Coliseum Montañez as venue, for which we thank Mayor José Luis Cruz and his team, who opened the doors of their town,” promoter Iván Rivera, president of PRBBP, said. “We start with Lobo Torres and Bimbo Lebrón in the main fights and we have several fighters from neighboring towns and also a Dominican boxer in action and several debutants for the enjoyment of the fans.”

In the main fight of the night, the Trujillo Alto native, Lobo Torres (11-0, 7 kos), will defend his unbeaten record when he takes on Travis Castellón (16-1-1, 12 kos), of Miami, Florida, in a bout scheduled to eight rounds at 140 pounds. Torres, who will see action for the second time in his town, comes from a victory in June over Kevin Nieves in what was his second fight of 2018.

“I feel happy and excited to fight at my home, Trujillo Alto, I hope that all the Trujillanos come together to support all of us that we are going to be fighting that day. Travis, thank you for accepting the fight, I hope you come well prepared. I am ready, believe me I will come out with the victory,” said Torres.

Meanwhile, Castellón said “thanks for the opportunity, I’m here to win and show my skills, I’m ready to fight and win.”

The co main event presents local Bimbo Lebrón (9-1, 4 kos) facing Antonio Sánchez (5-4-2, 3 kos). Lebrón, who made his first two fights in his town in 2013, fell by decision to Dominican Jonathan Fortuna in April 2018 in the Dominican Republic. The brawl between Lebron and Sanchez will be at 140 pounds scheduled to eight rounds.

“We are well trained. In the last match we could not be victorious, but we learned a lot from that. We come with much more desire. It’s going to be a brawl. It’s going to be the fight of the night,” Lebrón said.

Meanwhile, Sanchez said “Mayor, I have to tell you that I’m going against a man of your city. I hope you have the bridge open, because I come to win. I come prepared.”

The remaining matches will have at six rounds, Jose “Chino” Lopez (11-0, 9 kos) facing a rival to be announced at 140 pounds, and at four rounds Dominican Víctor Santillán (2-0, 1 kos) ) will face Puerto Rican Elliot De Jesus (1-1) at 122 pounds, Jesus Pastrana (2-2, 2 kos), from San Juan, against Kelvin Diaz (1-1), of Bayamón, at 140 pounds, at 147 pounds Jean Rivera will fight versus a rival to determine, while in combats of debutantes in 122 pounds Alfredo Cruz, of San Juan, faces Christian Santos and Yasiel Ortiz against Michael Ledesma.

The series “A Puño Limpio”, in its first part, took place between 2011 and 2012 with shows around Puerto Rico, and had in action fighters like the current world champion Emmanuel “Manny” Rodríguez (in his debut) , former world champion Manuel Alejandro “Manny” Siaca, later world champion McJoe Arroyo, as well as future world challengers McWilliams Arroyo, Jonathan Oquendo, José “Chelo” González and David Quijano, and then prospect Jonathan “Bomba “González, among others.

The event, as explained by Francisco “Paco” Vargas, from Wapa 2 Deportes, will be aired a week later on television and internet.

“For many years we had the desire to take boxing to open television. It’s a big challenge. In recent years we have had a resurgence with baseball and we want to do it with boxing,” said Vargas.

The next dates of “A Puño Limpio” this year will be on September 28, October 26, November 16 and December 7.