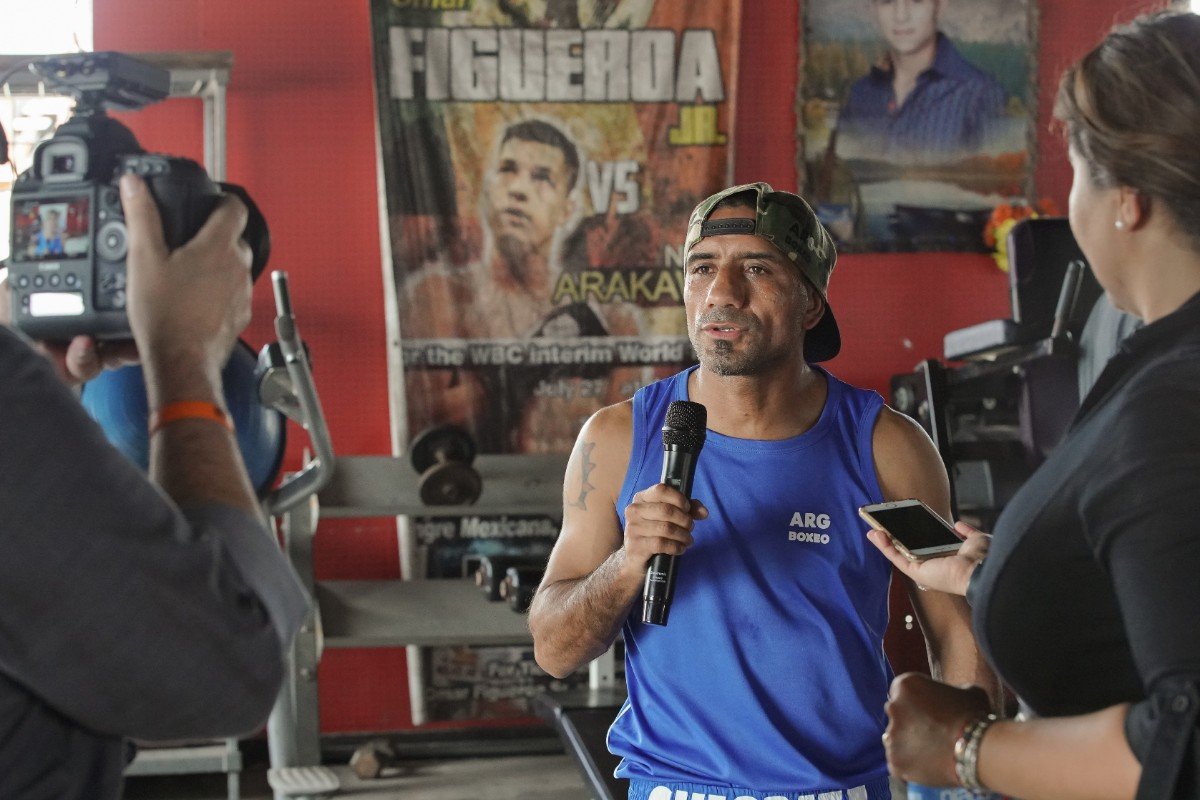 Chacon will make his U.S. debut in the main event of action beginning at 10 p.m. ET/7 p.m. PT as he looks to upset the Weslaco-native Figueroa’s homecoming title defense. Chacon brings a four-fight winning streak into his third attempt at a super bantamweight title.

Here is what Chacon had to say Tuesday from Panterita Boxing Club:

“I’ve been close to becoming a world champion and I’m ready for another opportunity. I’ve proven I’m the best in South America and I’m eager and hungry to get this win.

“I’m very motivated to win this title for Argentina since currently there is no champion in Argentina. We are proud fighters who always bring action and leave it all in the ring, and that’s what you’re going to see on Saturday night.

“This is going to be a great fight that you’re not going to want to miss. Brandon and I are going to combine to bring action. We’ll see who is the last man standing.

“[Brandon] wanted to prove that he was as tough as his brother, and he’s proved that.”

Undefeated Interim Champ @BrandonLeeFig had to prove how much heart he had, before he could become the ‘heartbreaker’ we see today. pic.twitter.com/m3vkcnDnuZ

“We worked hard to take the title back home to Argentina. And, we know what we need to do. We have prepared well because we know Brandon is a great fighter. There is a lot of respect for him since he is the champion, but I can also more than hold my own.

Figueroa will have pressure on him says Chacon

“We know he is fighting near his hometown and he will have a lot of support, but at the same time, that will put pressure on him. And, we don’t have any pressure. We are thinking that things will come out the way that we have envisioned. I can’t wait to get into the ring and make it happen.”

ABOUT FIGUEROA VS. CHACON
Figueroa vs. Chacon will see unbeaten Brandon Figueroa defending his interim WBA Super Bantamweight title against Javier Nicolas Chacon in a 12-round bout that headlines FS1 PBC Fight Night and on FOX Deportes Saturday, August 24 from Bert Ogden Arena in Edinburg, Texas.