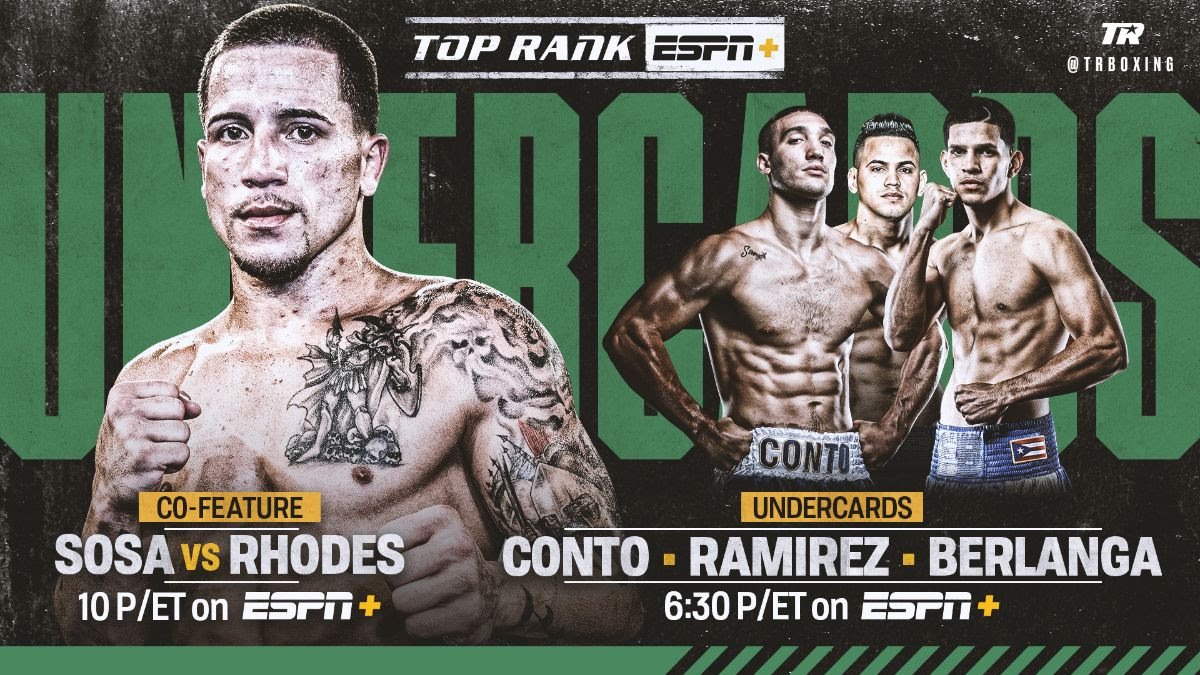 Former super featherweight world champion Jason Sosa won’t have to travel far for his next assignment. The native of Camden, New Jersey, will make the short drive to Philadelphia to face veteran Haskell Lydell Rhodes in a 10-round super featherweight bout Saturday, Aug. 10 at the Liacouras Center.

Sosa-Rhodes will be the co-feature to the Carl Frampton-Emmanuel Dominguez featherweight clash and will stream live on ESPN+, the leading multi-sport streaming service, beginning at 10 p.m. ET/7 p.m. PT.

“I was supposed to fight July 19 against Erick De Leon, but he got injured. That doesn’t matter now. I’m ready for Rhodes,” Sosa said. “I couldn’t care less as long as my team prepares me to fight that person I’m scheduled to fight. That’s all I care about.”

“I’m going to show everyone watching on ESPN+ and all the great boxing enthusiasts in Philly that Haskell Lydell Rhodes is a top fighter,” Rhodes said. “Jason Sosa is a former world champion, and that has motivated me to show what I’m made of.

“Yes, this is short notice, but I’m an old-school guy. I’m in the gym every day.”

Sosa (22-3-4, 15 KOs) was the sport’s “Cinderella Man” of 2016, as he knocked out WBA world super featherweight champion Javier Fortuna in the 11th round of an all-action bout. Later that year, he defended the title in Monte Carlo with a unanimous decision over Stephen Smith. Back-to-back defeats to Vasiliy Lomachenko and Yuriorkis Gamboa halted Sosa’s momentum, but he has won two in a row, most recently grinding out a 10-round unanimous decision over Moises Delgadillo on Jan. 18 in Verona, New York.

Rhodes (27-3-1, 13 KOs), who is now based in Las Vegas, is an eight-year pro who has never been stopped in 31 professional bouts. An Oklahoma native, Rhodes is 4-1 since an 0-2-1 skid that included competitive decision losses to Sergey Lipinets and Edner Cherry.

The following bouts are scheduled for the undercard stream: