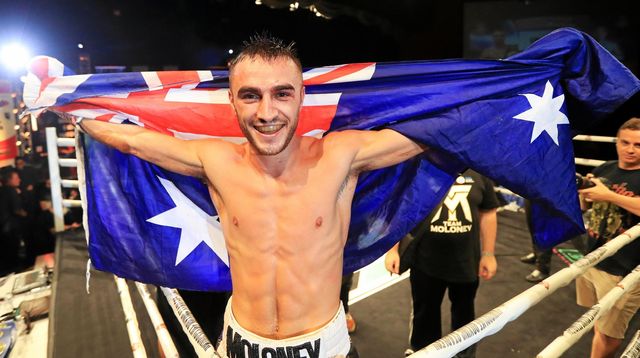 Jason Moloney 18-1 is staying focused as he waits for a shot at the World Bantamweight title, as it has been announced that he will face off against current WBC Fecombox Champion Cesar Ramirez 17-3 on June 15 at the Seagulls Stadium, Tweeds Head, Australia.

Moloney is eyeing a fight for the WBA World Bantamweight strap, with a possibility of a WBA World title becoming available in the aftermath of Naoya Inoue’s contest in the World Boxing Super Series this weekend being very likely.

Moloney discussed potentially fighting for the WBA World title and his clash on June 15 at the Seagulls Stadium against the tough Mexican, Ramirez defending his WBA Oceania Bantamweight title over 10 rounds.

‘The Smooth One’ said, “Firstly I am absolutely delighted to be a part of a massive Dragon Fire, Boxing Mania event at the Seagulls Stadium, and it is very special that I will be co main eventing with my brother Andrew for possibly the last time.

“I am very thankful to my manager Tony Tolj and the team at Dragon Fire Boxing for making this special event a reality.”

Moloney continued, “Cesar Ramirez is no joke, he holds a WBC title currently, he can punch and he has pushed top class fighters like Ryan Burnett so he is an opponent not to be overlooked and I certainly won’t be overlooking him.

“I’m expecting to win of course, but I’m looking to show that I’m world class fighter who is a world champion in waiting on June 15 and I believe I will.”

Moloney continue to elaborate, opening up about a potential clash with Libero Solis for the WBA World Bantamweight title.

The Gold Coast resident said, “Yes, Solis is the fight myself and my team are eyeing and I believe it’s a realistic fight that can happen in either Australia and the USA.