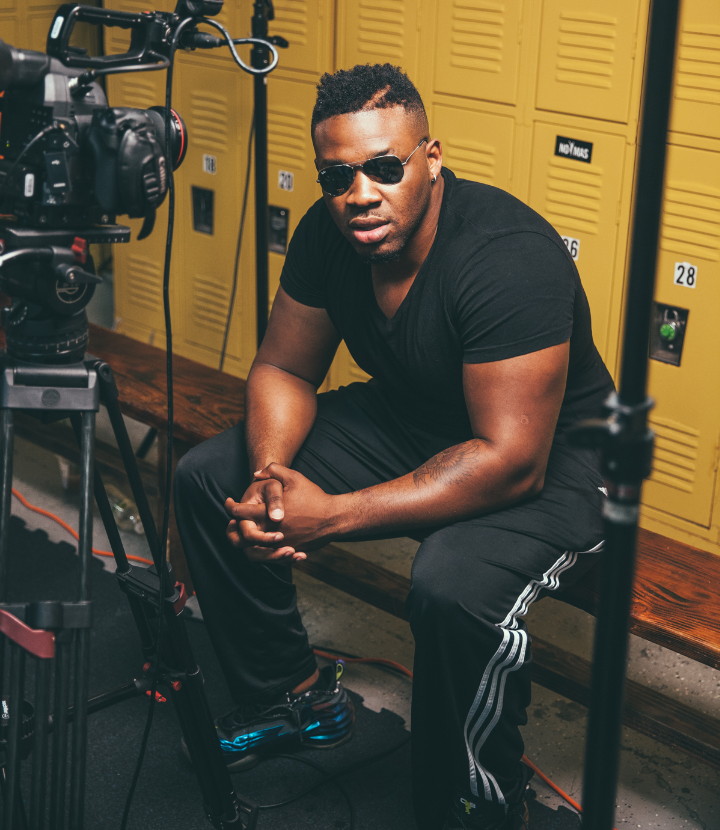 Miller and Eyubov, who both fight out of Brooklyn, N.Y., will be featured in two of the three fights of a ShoBox: The New Generation tripleheader on Friday, Aug. 19, live on SHOWTIME® (10 p.m.. ET/PT, delayed on the West Coast) from the outdoor soccer venue at Rhinos Stadium in Rochester, N.Y.

Tickets for the event presented by Salita Promotions are on sale and available at www.rhinossoccer.com/ and http://www.etix.com.

This is what the Miller, Eyubov and promoter Dmitriy Salita said Tuesday:

“Training camp is going real well. I put on a lot of muscle for this camp, I’m going to put on a lot of solid mass, I am going to go in there and manhandle it. Like a chew toy in a dog’s mouth, I want to mangle it.

“I’m really committed to this training camp. I’ve made some changes: less cheeseburgers. I cut down from three cheeseburgers to one cheeseburger a day. Same thing, in the gym every day, not doing anything different. My main thing is my strength and my speed and we are going to see, come Aug. 19.”

On His Opponent, Fred Kassi…

“Supposedly Fred Kassi is the most durable guy I have fought in my whole entire boxing career. This is what they are saying and I tip my hat off to the guy; he’s been in some fights where I thought he won and he ended up on the wrong side of the decision. When he fought other fighters, he had three weeks training camp, two weeks’ notice. He had two months to get ready for this. I’m not a last-minute opponent. He’s going to come in ready and I’m not about to underestimate him.

“I’m a boxer-puncher and he’s more one-dimensional. He switches back and forth, he’s not pretty at what he does, but no worries, you can look at me, because I am nice at what I do.

I predict a fifth-sixth round knockout. Kassi is definitely a doable guy, but I feel once he sees my size and my pressure and the speed that I bring with my footwork – it’s going to be game over for him. I know for a fact I’m going to knock out Fred Kassi, fifth or sixth round. That’s what I do, I take your heart, I take your soul, I take your ribs.”

“Wilder is a wild man when he gets in that ring, but at the same time if you watch how he performs, he performs at a mediocre level against mediocre fighters. If you stick him to a world professional athlete, like myself or top guys, you’ll see him bring even more. Not saying he hasn’t been in the ring with A+ fighters yet, but you can see all his loopholes in his fighting style. It’s just a matter of time before he gets really exposed and I hope it is with me because I want that behind.

“I was watching the livestream of the Wilder-Arreola fight and it was horrible. It was horrible because he is the heavyweight champion of the world. He doesn’t understand that he is doing more damage to himself than he thinks he is. He’s getting hurt. He’s getting hit. He’s taking some punishment.

“I want to fight Wilder. If he sees my style, if he sees my footwork, he’ll realize I’m no Artur Szpilka or Chris Arreola. And when I get in there, well, most of my fights end up in knockouts. I’m 100 percent power. Once I touch them, they are getting hurt.”

“Joshua is overrated, overhyped. I am going to break that jaw of his. Definitely one of the weakest of the heavyweight champs.

“It comes down to the basics. You have a lot of guys that have a lot of punching power and basic skills and that’s not enough. Joshua is a basic heavyweight, a one-two fighter. I could cut that half way across the ring.

“I’d fight Joshua when the timing is right. I personally don’t want to go and fight Joshua just because I’m his ‘next.’ I think that when the time is right, it’ll be me and him at the MGM Grand on pay-per-view. One of those super sweepstakes fights, you know.”

“I like Tyson Fury, I still want to break his fingers in half but he is good for the sport of boxing and I feel like me and him for a main event will sell any arena out. He talks a lot of smack and he does back it up, but he is still a jokester and I am real. I will smash him if he tries to step on me in the press conference. I will knock him out, same way I will for everyone else.

“A fight between us two will be like Comedy Central on steroids, it would be bananas. It would sell out kind of like a Mayweather-Pacquiao … I feel like we can capture the heavyweight division and put it back on the map, just because of the way he talks. As an American heavyweight I feel like we have to take over American soil first. I’ll fight anywhere and anytime, but on the business side, I have to take over my country first.”

On the Heavyweight Division…

“I have had hard training camps before, but this is up there. It’s one of the most intense camps I’ve ever had. I know that people expect me to deliver another knockout, but I’m training to go the distance. I’m scheduled to go 10 rounds and I am preparing myself as best as I can.

“My opponent is an experienced and tough fighter. Perhaps my toughest test to date. I’m confident in my skills. He can run, but he can’t hide. There are only four corners, I’ll find him and I’ll do what I came here to do: win.”

“It is a great honor to be able to promote a show on SHOWTIME and both of these fighters. Miller and Eyubov are both willing to show that they are some of the best in their respective divisions.

“It is going to be a great event, happening at a special venue in Rochester at the soccer stadium, outside in the summer time. The show has all the ingredients to be a key event of the summer.”