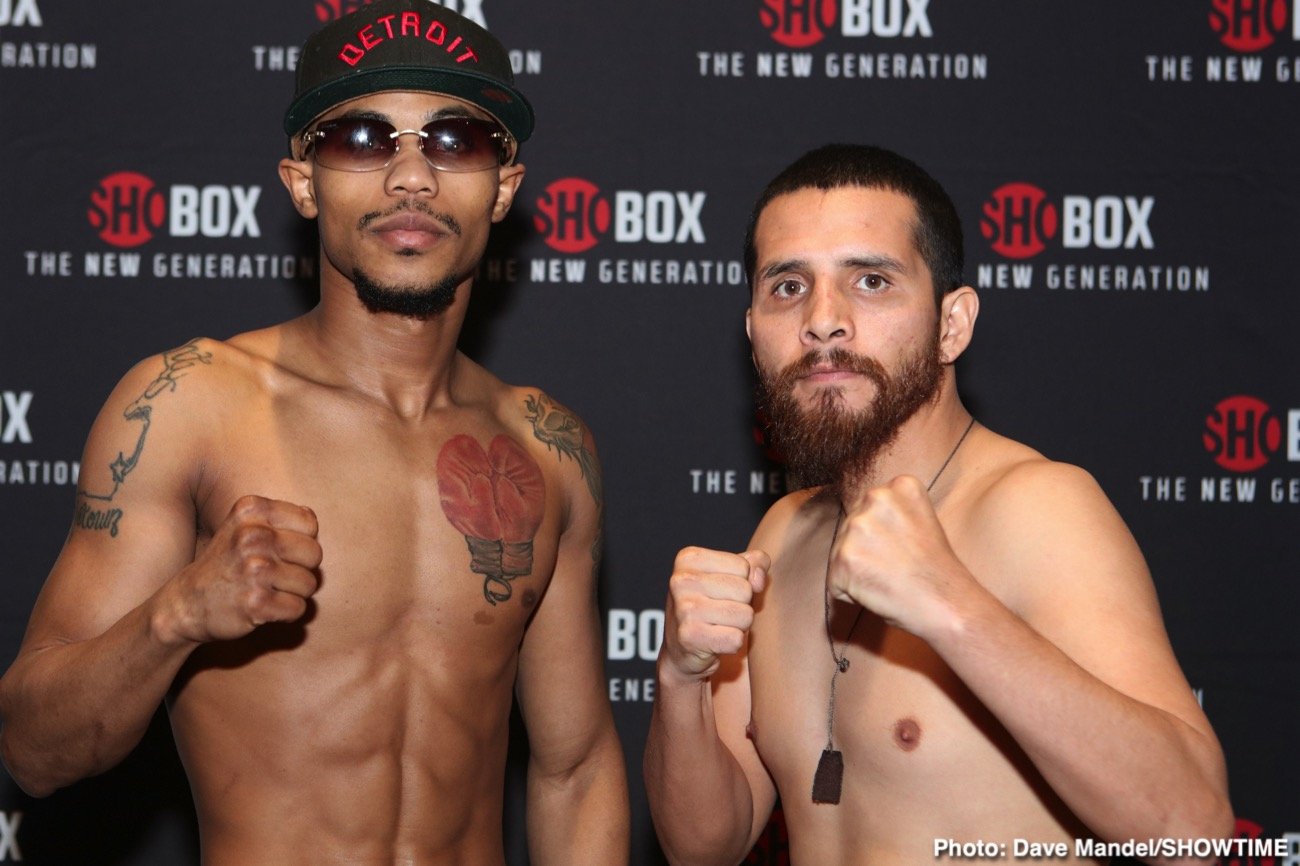 World ranked Ja’Rico O’Quinn is all set to showcase his skills for the first time on a national platform, as the Michigan standout competes tonight on Showtime with the card being presented by Salita Promotions.

O’Quinn broke into the world ratings last year, as the super flyweight emerged victorious in his last bout, picking up the WBO International title in the process.

O’Quinn opened up about his last outing and his approach to boxing as a whole.

READ:
Kash Ali and Josh Sandland clash in an All-Yorkshire derby on Feb21st

He said, “I was very happy to get into the world ratings and thank you to Victory Sports and Entertainment and Salita Promotions for helping make this happen. Now I want to keep working hard and working towards world titles.

“I’m from Detroit and in the fight game that is a blessing. You have to fight to survive in Detroit. We have heart and a mindset that can match any fighter in the world. I’m so proud of where I’m from and I want to make Detroit proud.”

The undefeated super flyweight now looks to leave his mark on a national audience, as he gets set to compete on Showtime tonight. The 115 pounder gave his take on his Showtime debut.

O’Quinn said, “I’m very grateful to be boxing on Showtime so thank you to my management team and promoter for getting me this opportunity.

“Fight fans can expect a career best performance from me. I’ve worked hard in this camp and I’m excited to put on the best show of my career.

“I want to get in the mix of world titles in 2020 and show the people of Detroit that when you work hard you can succeed. That’s my ambition and I want to make that happen. That all starts tonight.”

About ShoBox: The New Generation