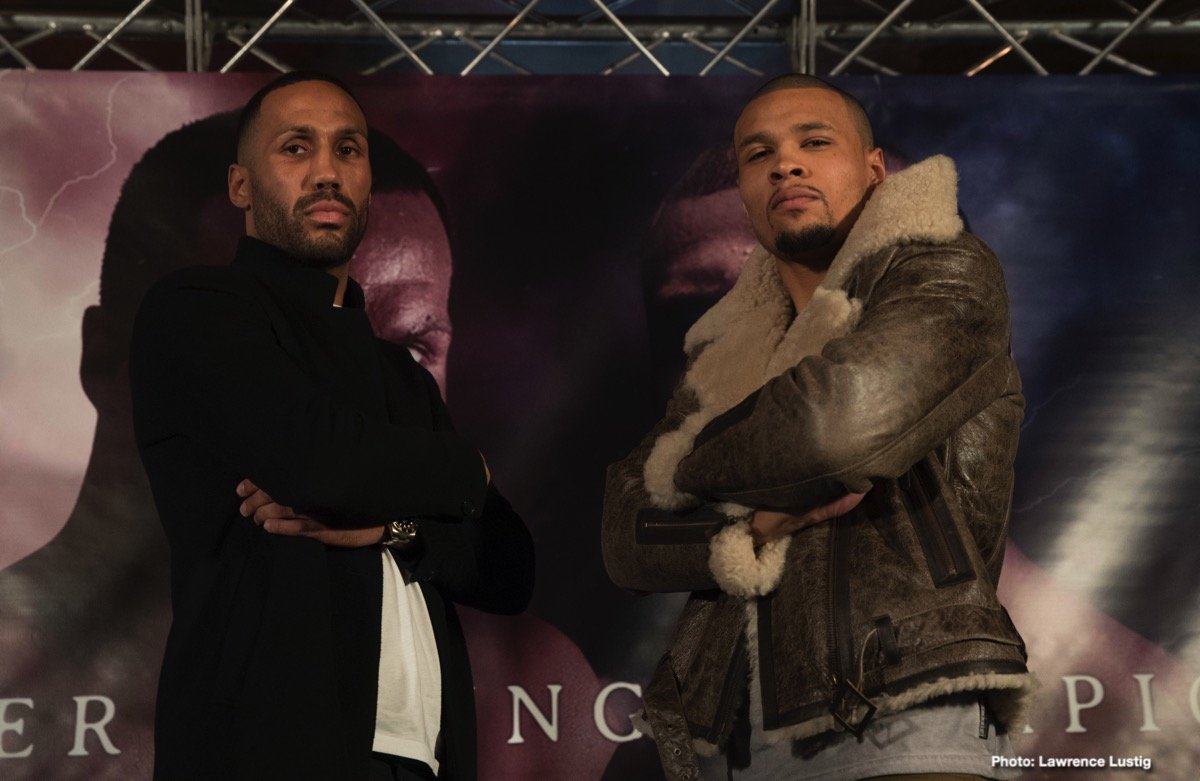 The much-anticipated clash between James DeGale and Chris Eubank Jr is now available to buy, exclusively from ITV Box Office.

With just weeks to go before the all-British Super Middleweight fight, to be staged at London’s O2, Sky customers can now register for this major event, which promises to deliver a full, action-packed evening. [Details on when viewers with alternative platforms can purchase the event will be made available in the coming days.]

Alongside the headliners, the PPV show will include a first-rate undercard, which is already confirmed to feature the return of Lee Selby. The former IBF World Featherweight Champion will make a daring move up two weight classes to face hard-hitting American Omar Douglas with a championship title on the line.

And, as a bonus for fight fans, the ITV Box Office programme will include LIVE coverage of the WBC Super Middleweight title fight between Anthony Dirrell and Avni Yildirim. All the action from this clash will come live from Minneapolis, Minnesota following the conclusion of DeGale v Eubank Jr.

Brought to you by ITV Box Office, Premier Boxing Champions and promoted by Poxon Sports, access to the event is priced at £19.95 and is now available to buy for Sky customers.

Richard Poxon said: “Fans can expect a great night of boxing. From London we have a great all British fight between DeGale and Eubank Jr, following that we switch to the WBC title contest between Dirrell and Yildrim. It’s a big night for the Super Middleweight division and it’s all on ITV Box Office.”

Full details on how to access the event are found in Notes To Editors at the end of this release.

In addition to the PPV event, ITV has announced another major free to air fight night on ITV4 with WBA Welterweight Champion Keith Thurman taking on Josesito Lopez on 26 January. Coming live from Brooklyn, New York, exclusive coverage of the undefeated champion returning to the ring to defend his title after a long injury lay-off will be shown on ITV4, along with an undercard featuring a mouth-watering Heavyweight contest between Adam Kownacki and Gerald Washington.

That follows on from this weekend’s exclusive free to air ITV4 coverage of Manny Pacquiao defending his WBA World Welterweight title against Adrien Broner. ITV4’s The Big Fight will come live from Las Vegas from 2am. This event will also include the much-anticipated showdown between Badou Jack and Marcus Browne for the WBA Interim Light Heavyweight title.

The unique collaboration is the first time that Haymon Sports and PBC has partnered with a UK broadcaster to stage boxing events regularly in the UK. The exclusive three-year deal will guarantee a minimum of 15 televised events each year, drawing from PBC’s unrivalled group of over 160 of the best boxers in the world, which includes more than 60 current and former world champions in matches staged both in the UK and the US. PBC, the sports’ pre-eminent boxing brand, is broadcast over cable and network television in the United States.

The world-class action from events for the next three years will include free-to-air broadcasts on ITV’s channels, including ITV main channel and ITV4 and ITV Hub, and will also include pay per views on ITV’s PPV channel, ITV Box Office.

This new deal for boxing adds to ITV Sport’s portfolio of first class events, which includes exclusive free to air coverage of the England football team’s qualifiers for both the European Championship and World Cup, the 6 Nations and exclusive coverage of the Rugby World Cup, UK horse racing, the Tour de France and the French Open.