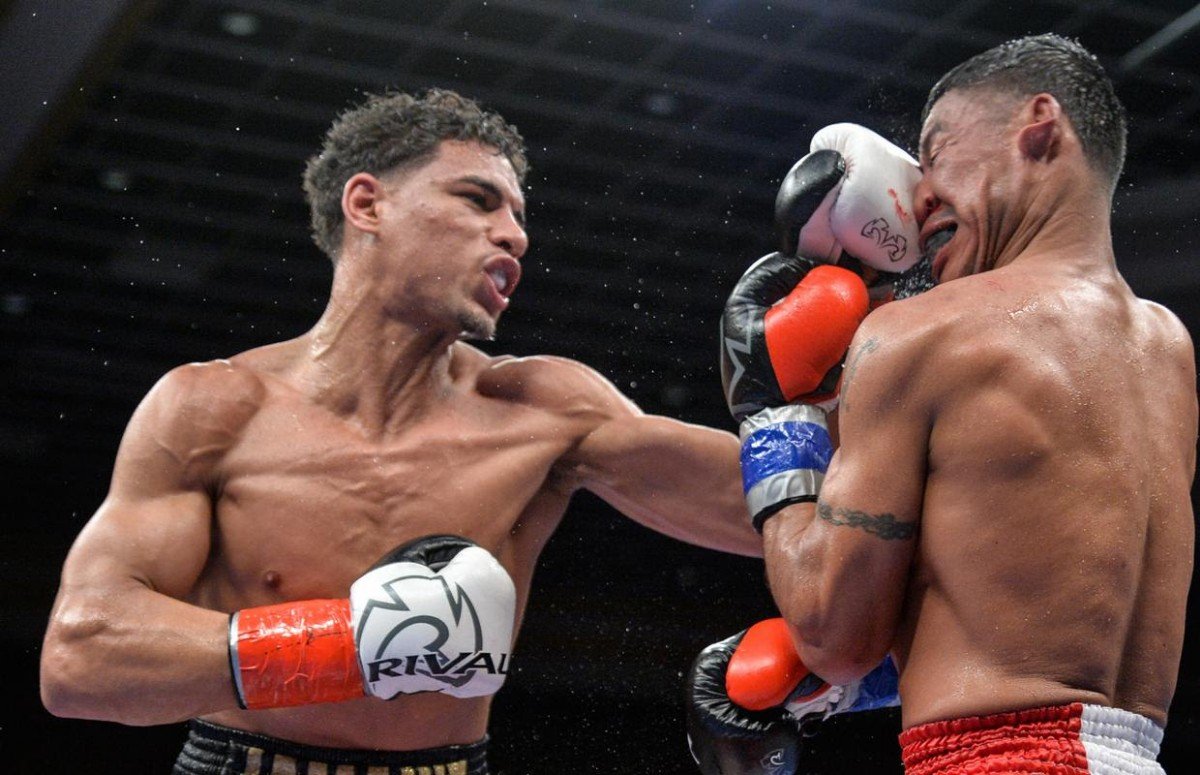 The champ returns next Friday to face his most experienced opponent yet.

Jones, a native of Salvador, returns to the United States for the second time this year and the ninth time in his career. The 25-year-old right-hander made his professional debut in 2012 under the guidance of Banner Promotions and won his first 13 fights, including victories over southpaw Guillermo Sanchez and former Brazilian title-challenger Sidney Siqueira.

Ortiz, a decorated amateur who won 100 fights and advanced to the semifinals of the 2016 U.S. Olympic Trials in Nevada, comes off his most noteworthy achievement as a professional, a unanimous decision win over previously unbeaten California native Ricardo Quiroz for the WBC Youth crown on Feb. 23rd.

Unbeaten at 7-0, Delossantos faces durable Mexican featherweight German Meraz (62-54-2, 39 KOs) in an eight-round bout, the toughest test to date for the 29-year-old Pawtucket, R.I., native. Meraz’s long-running career features 62 wins, including 39 by knockout. Next Friday is his fifth fight of the year and 13th since the beginning of 2018, a remarkable stretch highlighted by a three-fight win streak between last April and June.

Meraz has also gone the distance with unbeaten featherweights Tramaine Williams, Irvin Gonzalez, Jason Sanchez, Ruben Villa and Gadwin Rosa, a tall order for Delossantos, who, like Ortiz, is coming off his most impressive win, outworking U.S. Army vet Javar Jones in February.

Highlighting the undercard is a long-awaited six-round welterweight showdown between Massachusetts natives Marqus Bates (6-2, 4 KOs) of Taunton and undefeated Wilfredo Pagan (6-0, 3 KOs) of Southbridge. Pagan remained unbeaten with a win over Carlos Galindo in March while Bates won his fourth in a row via knockout in an impressive showing February at Twin River against regional rival Jair Ramos. Next Friday is Pagan’s first fight outside of Massachusetts while Bates returns to Twin River for the eighth time in nine fights.

Reynoso (3-0, 3 KOs), a Providence, R.I., and hard-hitting super welterweight, puts his unbeaten record on the line against Miami’s Yasmani Pedroso (2-5, 1 KO) in a four-round bout. Reynoso faced a tall task in February against John Williams and entered the fourth and final round needing a knockout to pull out the victory. He caught Williams with an overhand right at the 1:31 mark, sending his opponent into the ropes and prompting referee Shada Murdaugh to stop the bout.

Worcester’s Briggs (3-0, 2 KOs) returns in a four-round bout against veteran Latorie Woodberry (2-8-2) of Roanoke, Va. This will be Woodberry’s second appearance and first since February of 2018 when he battled Bates to a four-round unanimous decision. Briggs recently upended the durable Andy Aiello in February, scoring a knockdown en route to a clean sweep on all three scorecards.

Valentin (5-0, 1 KO), the 19-year-old lightweight prospect from Providence, recently returned in February following a year-long layoff due to complications from his lifelong battle with Hirschprung’s disease. Valentin edged Philadelphia’s Christopher Burgos by majority decision to keep his perfect record intact and returns next Friday in a four-round bout. Also undefeated, Providence’s Powell (3-0, 1 KO) steps back into the ring on the 26th in a four-round bout following an impressive win in February over Quebec’s Kenny Chery.