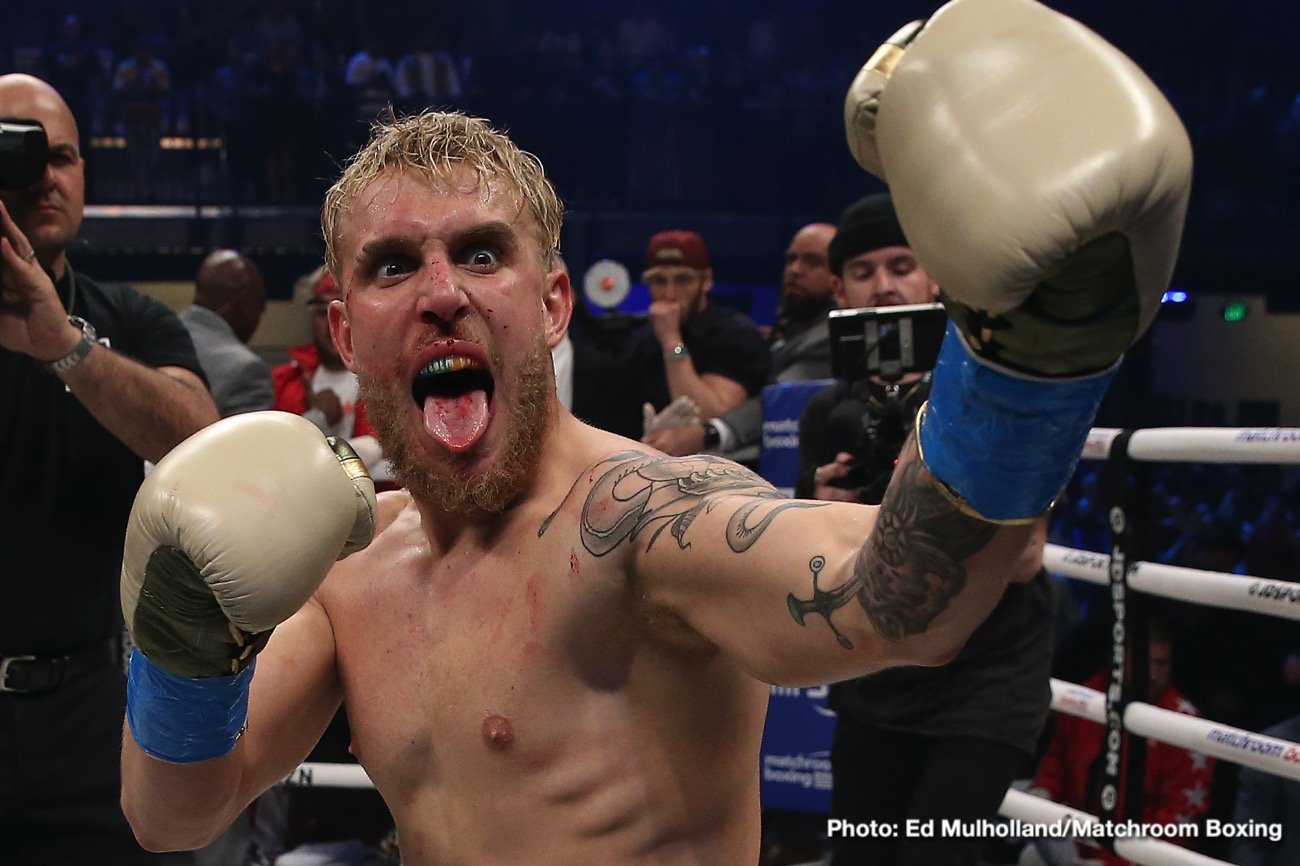 Jake Paul should not be underestimated and can fight, his former sparring partner Hasim Rahman Jr says.

Paul fights for the third time as a professional against former UFC fighter Ben Askren on April 17 and has had a public feud with Tommy Fury in the past few days.

Unbeaten Heavyweight, Rahman Jr, the son of former world Heavyweight champion, Hasim Rahman sparred with the YouTube sensation in the lead-up to his second round knockout over former NBA star, Nate Robinson in November and insists the 24-year-old is dedicated to the sport and is improving.

“I sparred Jake twice and the first time was like almost night and day the second time,” Rahman Jr told Pro Boxing Fans.

“The first time he was just learning, the second time was obviously months later and he definitely has dedicated himself to the craft of boxing and you can see the results in his sparring.

“He’s definitely throwing his punches better and sitting down on his punches. [His trainer] BJ [Flores] has done a great job and he’s learning and he’s getting better.

“[The] proof is in the pudding. He even looked better from his first fight to his second fight, even though you couldn’t see much.

“Ben Askren, he’s probably going to get knocked out.

“Jake grew up fighting, I think he was a state champion Wrestler. He has experience in combat, he’s not just like foreign to getting hit and that’s what people sleep on.

“I wish him much continued success. He’s going to keep shocking a lot of people.”

If Paul was to face Fury, the brother of WBC Heavyweight champion Tyson it would be the first boxer he would have faced, with his debut back in January 2020 coming against fellow YouTuber, AnEsonGib, who he stopped inside a round.

Asked how he would fare against an established boxer, Rahman Jr replied: “It depends on what level boxer.

“Maybe he could compete with the boxers, maybe he’ll shock somebody, you never know.

“If he keeps doing what he does, there’s no reason to count him out in any fight. I come from the Rahman family, so we already know when people get slept on that’s when they wake up the world.