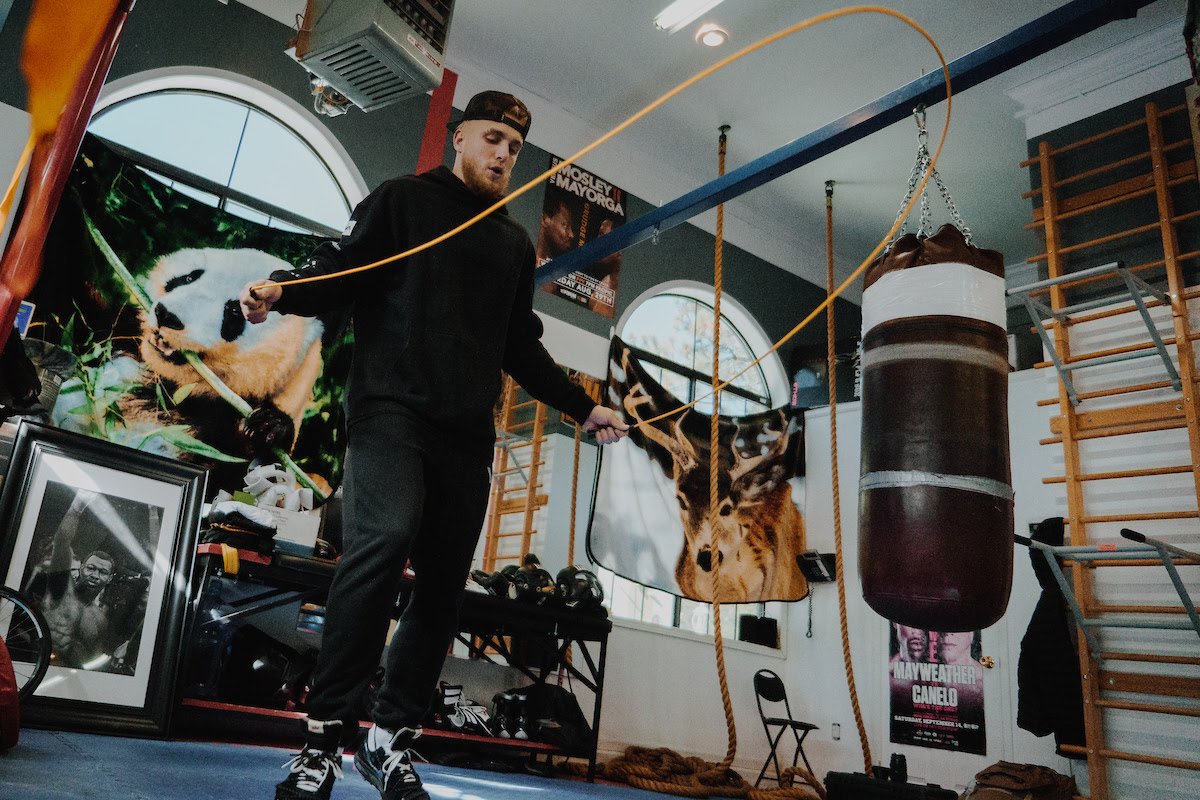 Jake Paul has vowed to keep boxing as he prepares to make his professional debut against fellow YouTube star AnEsonGib at the Meridian at Island Gardens in Miami on Thursday January 30, live on DAZN in the US and on Sky Sports in the UK.

Paul is following his older brother Logan in featuring on a stacked World championship card after Logan rematched with Gib’s fellow Brit KSI in Los Angeles in November in their pro debuts, and now the 23 year old follows suit in Miami.

Jake Paul has fallen in love with boxing

After a fiery press conference in Los Angeles, Paul and Gib are in the process of completing their training camps in Big Bear, California and Las Vegas respectively, and Paul says he has fallen in love with the sport and wants to prove he is taking it seriously by not just beating Gib, but using victory to launch a boxing career.

“I see how big this is becoming,” said Paul. “It’s just the start of what we’re going to see and that’s why I am so excited by it, I want to be the pioneer of this space.

“This is not a one-off stunt for me. I want to keep fighting and I have a list of targets of people that keep talking s—, Antonio Brown, Dillon Danis, other YouTubers – the potential for this is massive and I know that I will be the best ‘influencer-boxer’. I’ve fallen in love with boxing, I was watching my sparring back and just thinking ‘I love fighting’. It takes me back to why roots of being competitive playing football and wrestling.

“This is new, it is an untapped vertical for me. I look at myself as an innovator and a pioneer. I came into YouTube at a time when a lot of change needed to happen, and I was that change along with my brother. We went so big and viral and became the biggest.

“Boxing is making a huge comeback and there’s a huge lane for ‘celebrities’ or whatever you want to call us to make huge noise. It’s a business. If we can see the most tickets, we’re going to make the most money and draw the most fans, and no-one can really hate on that. That’s why I want to be the best and most technically skilled ‘influencer-boxer’.”