Rising Gold Coast standout Jacob Ng is excited ahead of his ring return on December 11, as the all-action lightweight looks to end 2020 with a bang against Hunter Ioane.

Ng has been flawless in the paid code, winning all 13 of his professional contests, with 10 of those victories coming inside the scheduled distance. Ng, who is guided by ACE Boxing headed up by promoter Angelo Di Carlo and his training team by his father, Stephen Ng.

26-year-old Jacob opened up about his inception into the professional ranks. He said, “I’m very happy with how my career has gone so far. I’ve had some great opportunities and I have to thank my promoter Angelo Di Carlo and ACE Boxing for getting me the opportunities to fight for the likes of the IBF Intentional and WBO Oriental titles. I have had the correct guidance from a management point of view and that is what you need in today’s boxing business.

“My father has been instrumental in my career from a training standpoint. My father Stephen’s Team No Excuses has really risen through the Oceania boxing world and now people are taking note all over the world with Demsey McKean and I leading the way. We train hard, we make no excuses and it really pays off when we get in the ring.”

Ng features on the December 11 Capital Fight Show Promotions card in the Australian capital of Canberra. The undefeated lightweight faces a test against fellow undefeated man Hunter Ioane. The hard-hitting Gold Coast native discussed his upcoming fight at Exhibition Park and his hopes for 2021.

Ng said, “Firstly thank you once again to the ACE Boxing team and Capital Fight Show Promotions for getting me on this card and right at the top of the card too. I appreciate this opportunity at a time when opportunities are hard to come by.

“I’m expecting a tough fight on December 11and I’m hoping that I will get one. I want to show my skills off and that I’ve used this year to improve with the team. When your opponent is undefeated you know they’re game, but I’m confident of breaking down and outclassing Ioane. I want to show I’m ready for anyone in the world at lightweight in 2021.

“I’ve talked up the Kambosos fight. I would love that fight and if it was presented to me I’d fight him in a heartbeat. I want to fight anybody above me in the world, and I’m aiming to fight for either the IBF and/of WBO world titles in 2021, so whoever has them I will fight, including Teofimo Lopez if he is still the champion. I want to fight the best in the world so that is the motivation to look flawless on December 11 in Canberra.” 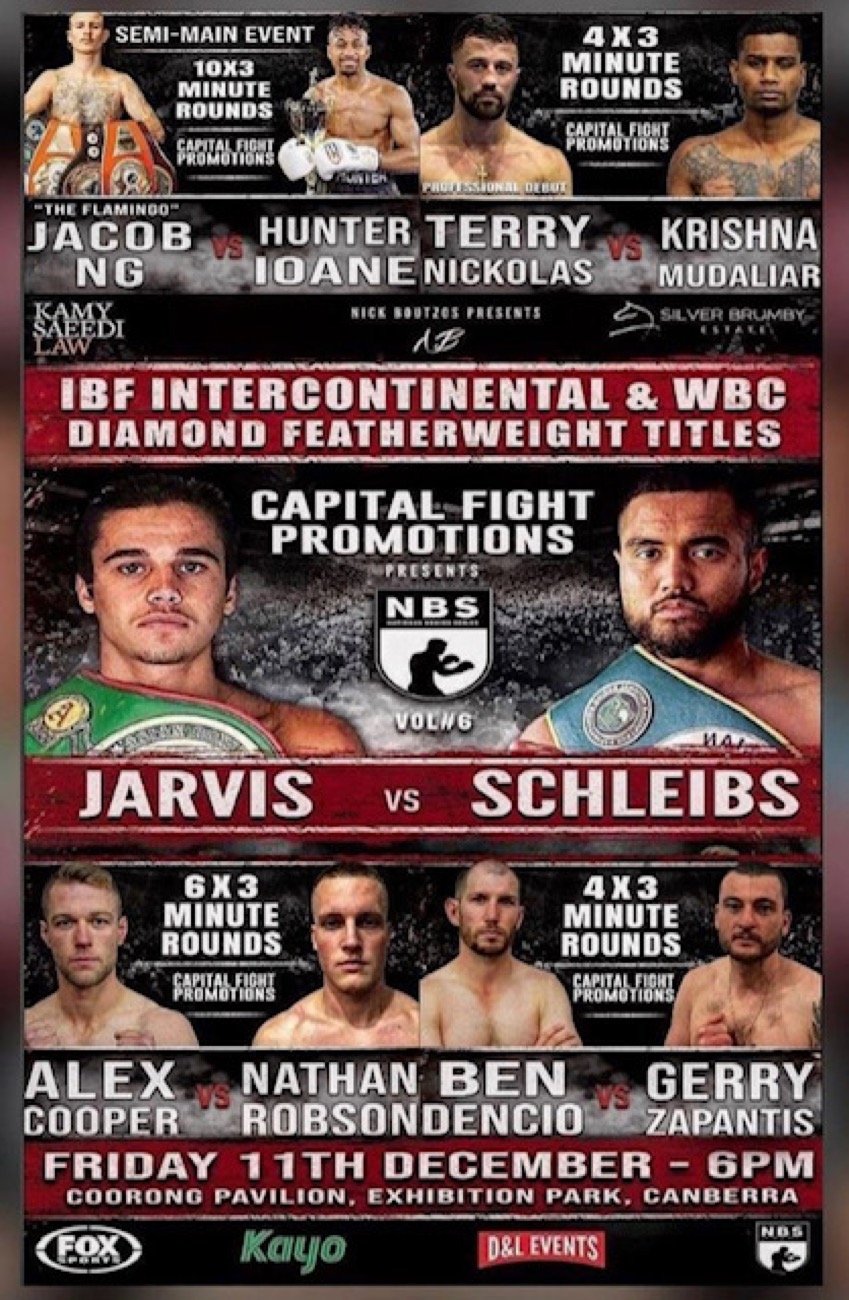