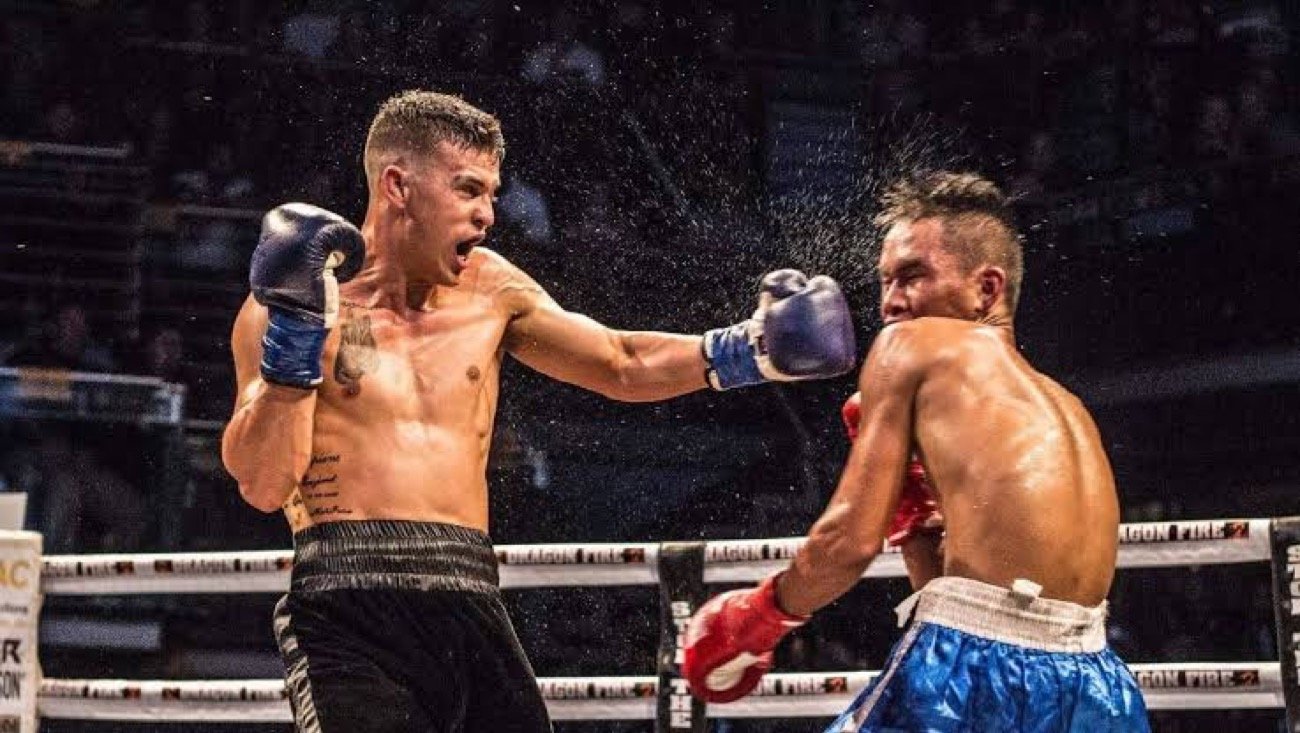 Perth’s highly rated “Action” Jackson England is all set for his first regional title clash, as the Dragon Fire Boxing standout steps up to super featherweight to contest the WBC Asian Silver Championship on March 6 in Metro City, Perth in a co feature vs Filipino Jason Tinampay over 10 rounds, the winner becoming mandatory to challenge the Champion from China Li for his WBC Asia title.

England who recently resigned with Tony Toljs Dragon Fire Boxing on a long term deal, has had a solid start to his professional career, winning 11 of his opening 12 professional contests whilst becoming Australian Featherweight champion in the process. Jackson, who is trained at the Onyx Gym in Perth, opened up about resigning with Tolj and his upcoming title clash.

England said, “I’m absolutely delighted to have resigned with Tony Tolj and Dragon Fire Boxing. I am a featherweight, so I looked up to fighters like WBA Champion of the decade Chris “The Dragon” John who was one of the best featherweights in recent times. To be guided in my career by the same team that guided him is very special and I am very grateful.

“I am excited to be progressing in the way I am and I believe I can go all the way in this sport. I am still only young, so it is important to have the right people to guide you. I need to have that and I believe I do in Tony Tolj and Dragon Fire Boxing.

“I have the opportunity thanks to Tony to fight for a WBC title. We all grew up watching the likes of Floyd Mayweather winning WBC titles, so to start along that path is something I’m very grateful to be given the chance to go on.”

England returns on this year’s first installment of the world-renowned Thunderdome series, that has been a mainstay of Australian boxing for decades in itself. England discussed his next outing and his plans for 2020.

He said, “Well I firstly need to keep listening to my manager Tony Tolj as he knows what’s best for my career. He’s guided the likes of the Moloney’s, Billel Dib and Bruno Tarimo to major titles and I want to follow in their footsteps and I believe I can. They are all world rated, Ive just cracked the OPBF ratings and we are just getting started.

“I’m always improving, so I expect to put on a career-best performance at the Thunderdome show. I believe I can go all the way to the top in this sport and I have the opportunity to get into the WBC rankings in my next fight so that is a massive motivation for me in this fight.

“I wanted more titles in 2020 and I have that opportunity on March 6. I believe that I can progress up the world ratings titles in a way the likes of Bruno Tarimo and Billel Dib has done around my weight so I’d like to follow his path up the world route as I believe I’m destined for world titles eventually.”

Mike Altamura and MTK Global guides Doheny put on one of the best fights of 2019 against unified world champion Danny Roman, and England has been working alongside the Irish 122 pound standout in preparation for their respective outings.

England opened up about sparring with Doheny. He said, “Sparring TJ is fantastic. It is a great experience for myself and I’m really grateful to TJ and his team for giving me the opportunity to work with him ahead of my next fight.

READ:
Ritson vs. Vazquez in Newcastle on April 4

“I firmly believe I have all the potential to get to world level, so training alongside former world champions like TJ Doheny is only helping me progress as a fighter.

“The sparring has been world class learning for me. I’ve learned so much from this work and I’m excited to take these learning experiences into my next fight.”

“I want to show off the improvements I’ve made in camp first and foremost. I believe I am getting better all the time and I want to show that and that I’m ready for more titles in 2020.

“I want to win more titles in 2020 so I need to put on a top class show to make people want to see me in titles fights next. That’s what I want in 2020 so I want to put on a career best performance on March 6 to make sure I can get these title fights.

Read: Isaac Chamberlain Backs Charity Gloves Up Knives Down New Campaign
Read: Eddie Hearn Says The Pressure Is On Joshua To Get The KO In Pulev Defence
Follow @boxingnews24