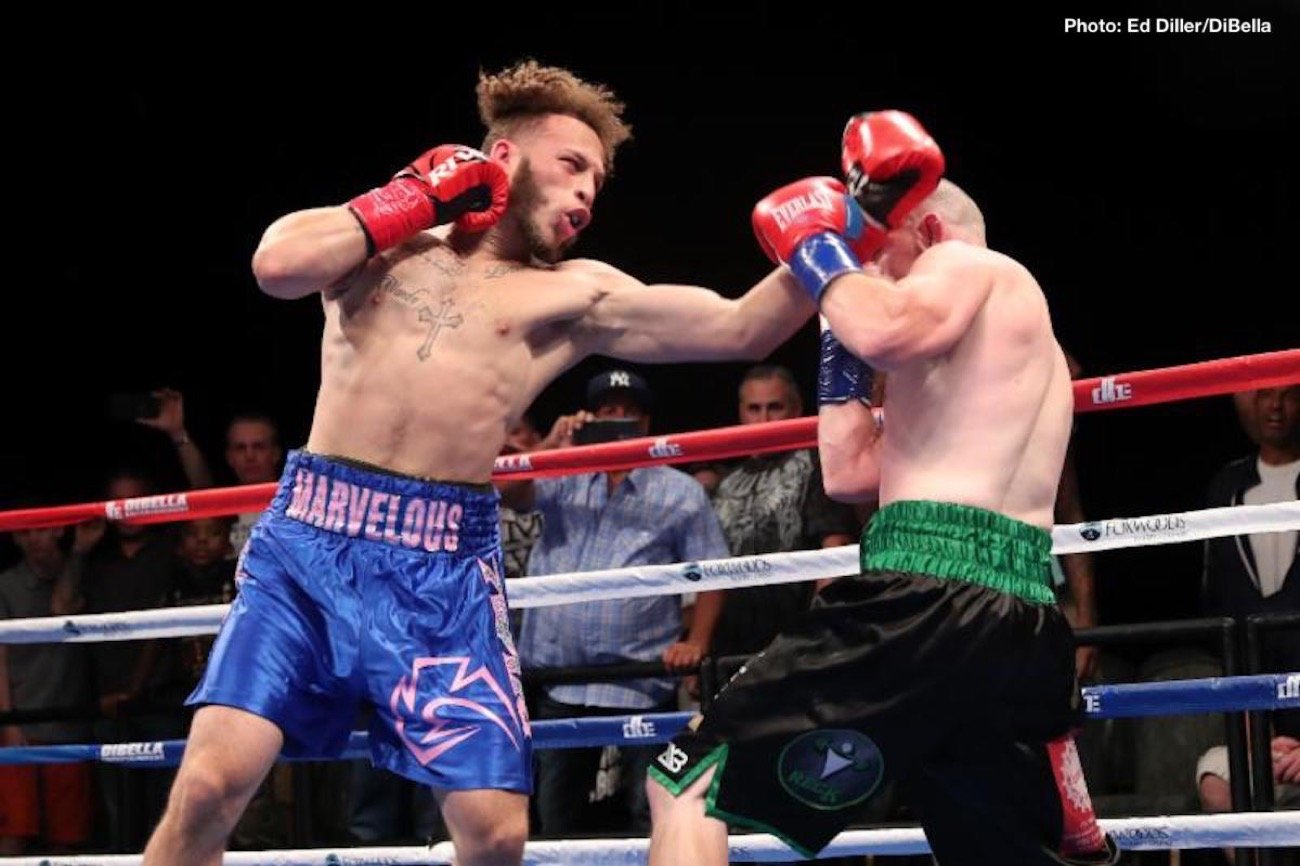 “Mykey has a lot of the qualities as some of the greats in boxing,” Kallen said. “He has some of the flash and speed of fighters like Ray Leonard, and the training habits and dedication of Thomas Hearns and Mike Tyson. He also has a killer smile and good looks like Hector Camacho, Sr.

“Mykey can go all the way to a world title. He has the speed, attitude, and heart, along with exceptional boxing ability. He has been groomed perfectly by his trainer, Paul Cichon, who has kept Mykey true to his style, working hard to perfect his skill. Mykey trains hard, eats right, and takes the game seriously.”

“Jackie’s very experienced and knowledgeable in boxing,” Williams remarked. “She’s worked with some great, world-class fighters, so she knows the route to take for me to get there.”

Cichon added, “I sought out Jackie as our manager because of her love for the sports, as well as the knowledge of that she brings to the table. She’s very well respected, as she certainly deserves to be.”

Boxing has dramatically changed since Kallen covered her first fight for a Detroit daily newspaper in 1978. The card showcased Hearns and Mickey Goodwin. She became an instant fan and wrote about boxing on a regular basis. A legendary trainer/manager based in Detroit, Emanuel Steward, hired her as a publicist for his famed Kronk Gym. Some of her best friends to this day are fighters who she worked with back then. She and Hearns still get together.

After serving as Kronk’s publicist for a decade, Kallen decided to branch out and she started managing fighters. Her first client was heavyweight Bobby Hitz, who today is a successful promoter and restaurateur in Chicago. She went on to manage a group of Who’s Who fighters, including world champions James Toney, Bronco McKart, Tom “Boom Boom” Johnson, Pinklon Thomas and Nonito Donaire.

Kallen, who overcame sexism in the boxing industry, is best known, perhaps, for her working relationship with Toney, largely because her life during that period was the inspiration for the popular 2004 movie, Against the Ropes, starring Meg Ryan as Kallen.

“Boxing today is a totally different animal,” she explained. “That’s not to say it’s better or worse, just different. There used to be more gyms in every city, heavy amateur programs, lots of shows on television networks, and enough local club shows to keep a young fighter active. I had guys back then who fought 8 to 10 times a year, which, of course, is almost impossible in 2020.

“There wasn’t as much information available on opponents either. If you were lucky, you could buy a tape. If the fighter hadn’t been on television, though, you were out of luck. There was no Internet, so there was nothing like BoxRec to check opponents’ records. You just had to believe the matchmaker. I had fighters expecting to fight a 14-4 guy who found out at the weigh in that he was actually 16-0.”

Boxing, likely the second-oldest profession, has continued to survive, albeit often on a roller-coaster ride.

“Today’s fighters are not as quick to fight each other as they were in the days of Hearns/Hagler/Leonard/Duran,” Kallen noted. “Back then, fighters wanted to really fight to be the best they could be. I see fighters today being more analytical and taking less chances.

“There are also more sanctioning organizations today. Back then it was most the WBA, WBC and IBF. Not to mention there was never one person who managed dozens and dozens of boxers at the same time. The game has definitely changed!”

Kallen, though is still heavily invested in the sport she loves. Confident Williams will be her next world champion, her dream is to be inducted into the Hall of Fame with Toney.

“In 1992,” Kallen concluded, “I was named ‘Manager of the Year’ and my love for the sport has never waned. As long as there is talent out there needing guidance, I will stay active.”