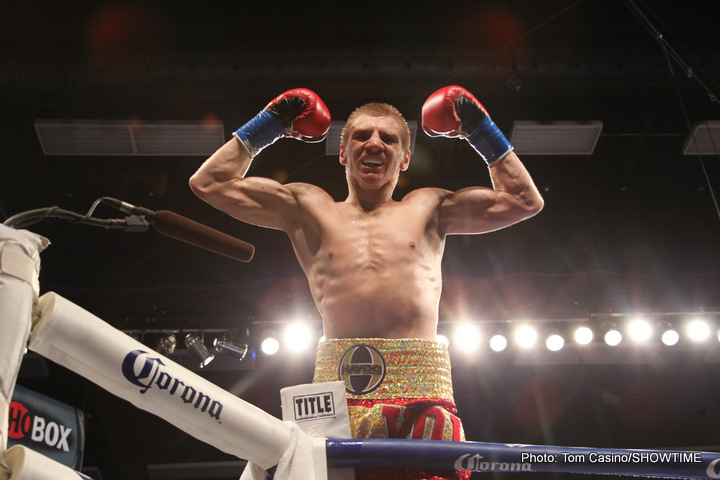 At Caribe Royale in Orland, Florida, welterweight Ivan Golub continued his ascent towards a major fight as he stopped Luis Eduardo Florez in round six of their scheduled eight-round bout.

In round two, Golub dropped Florez with a body shot combination. In round three, Florez began to swell over his right eye. In round five Golub dropped Florez with a a right hook. Golub sent Florez down again in the round when he landed a barrage of punches that was punctuated by a right hook to the side of the head. Golub continued his two-fisted assault in the sixth round, as he continued to beatdown Florez until another right hook put the Colombian down to a knee and the fight was stopped at 1:58

Golub of Brooklyn, NY notched his sixth consecutive victory and third straight stoppage to raise his record to 19-1 with 15 knockouts. Florez of Colombia is now 25-18.

Golub is promoted by DiBella Entertainment.

At the MGM Grand Conference Center, AKA “The Bubble”, Javier Martinez made short work of Billy Wagner by stopping him in the opening round of their four-round middleweight bout.

Martinez landed a booming right hook that buckled Wagner, and three ripping punches later, the fight was stopped at 1:51.

Martinez and Rosario are under the guidance of Tim VanNewhouse, and are promoted by Top Rank.

**Waldo Cortes was forced to withdraw from his bout against Split-T Manaagemnet heavyweight prospect Sonny Conto due to medical reasons.