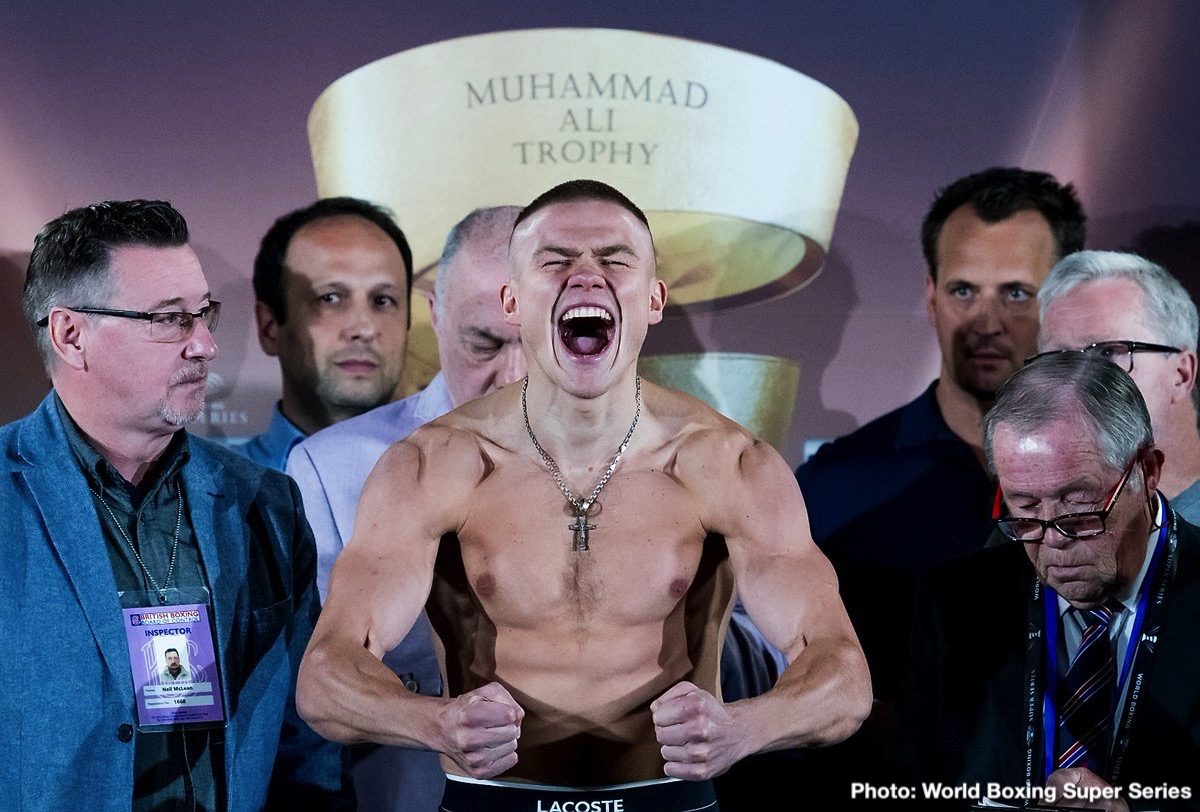 The fights will be part of the Gennadiy Golovkin – Sergiy Derevyanchenko Middleweight title undercard and will be streamed live on DAZN.beginning at 7 PM ET.

Baranchyk of Amursk, Russia, who is now residing in Miami, Oklahoma has a record of 19-1 with 12 knockouts.

The 26 year-old Baranchyk won the IBF Junior Welterweight title with a seven round beatdown of Anthony Yigit on October 27, 2018. Unfortunately, Baranchyk came up just short in dropping his title to undefeated Josh Taylor on May 18th.

In Bracero, he will be facing a battle-tested veteran who has a record of 25-3-1 with six-knockouts.

Ceballo of New York City has a record of 10-0 with five knockouts.

In just 19 months, Ceballo has climbed to the top of a lot of prospect lists on the strength of victories over Bakhtiyar Eyubov (14-0-1) and Luis Alberto Lopez.

In the Eyubov fight, Ceballo dominated the power puncher, and developed a name for himself as the fight also took place at Madison Square Garden on the Gennadiy Golovkin – Steve Rolls card.

Ceballo is coming off a 4th round stoppage over Luis Eduardo Florez on August 23rd in Boston.

“A win on this stage against another undefeated fighter would allow me to continue my career as a Professional Fighter, and allow people to see what Brian Ceballo can do against different opposition,” said Ceballo

Six-year veteran Amanov is an undefeated foe who sports a record of 16-0 with five knockouts. Amanov has fought mainly in Russia, and will be making his 2nd start in the United States.

Ceballo is promoted by 360 Promotions.

Email
WhatsApp
Tweet
Share
Previous boxing news: Who Is To Blame If No Golovkin / Canelo III?
Next boxing news: Kell Brook Still Proud Of The Way He Fought “Peak” Golovkin: I Showed He Can Be Beaten
You are here: Home / Press Room / Ivan Baranchyk and Brian Ceballo in action tonight at MSG
Follow @boxingnews24