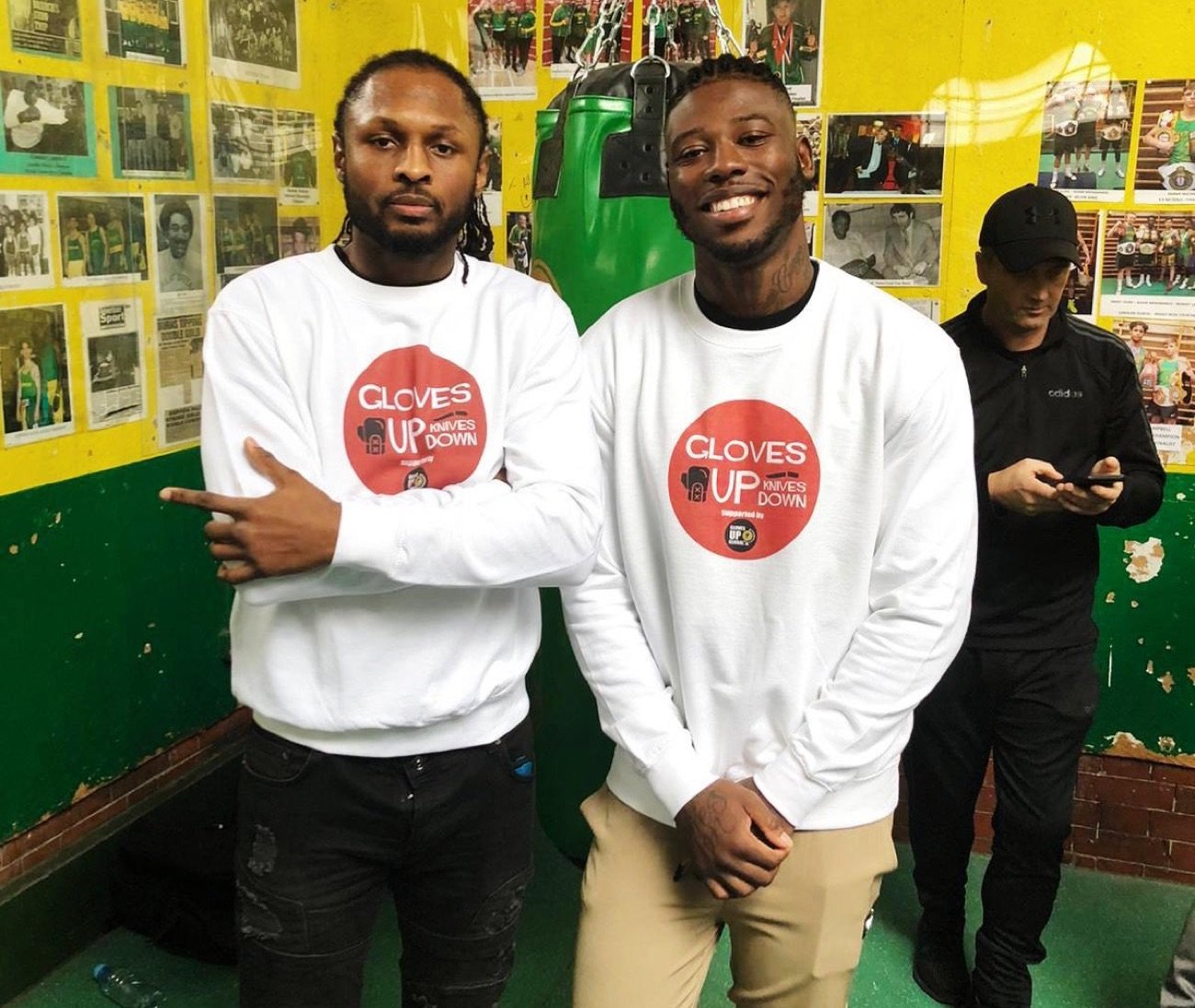 The smooth and silky Chamberlain, still only 26, has been dormant for 22 months waiting for a promotional contract to extinguish. Now, clear of thought and fast galloping towards his physical peak, the Brixton battleship is fully primed to produce on his world class potential.

He makes his long awaited return tomorrow night in Redditch at a TV studio against Wolverhampton’s ‘Bull’ Antony Woolery who has had a month to prepare for Chamberlain and is intent on causing an upset.

‘I suffered contractual problems, broken promises. I was given ‘take it or leave it’ ultimatums so told them to shove it!’ states the strong but stylish south Londoner who has triumphed in all but one of his 11 paid starts.

‘While I want to be the best I can be, I refuse to be used as a pawn. In the past, I’ve headlined at the O2 Arena. I sell tickets.

‘But Mick (Hennessy) has a great plan for me. There’s real structure and now I’m so motivated. He speaks about potentially four fights this year, starting with an eight rounder live on Channel Five on 22nd August, then a 10 rounder a fortnight after.’

Despite nominal amateur experience ‘IC’ made a fast and favourable impression after storming the pro scene in January 2015. Within 15 months, he’d smashed 6-0 Ilkeston prospect Russ Henshaw in six, then ascended to the Southern Area throne in his next (sixth) start after what trade paper Boxing News dubbed ‘a hellacious struggle’ with Canning Town antagonist Wadi Camacho (WPTS10).

Alas, Isaac’s rise stalled when at just 23, he topped the bill at the O2 Arena against 2016 Olympian and future European czar Lawrence Okolie in early 2018 that resulted in his first career loss on points.

‘I believe everything happens for a reason,’ he says.

‘I was meant to lose to Okolie because of my (in)experience. Before, other people controlled everything. The loss taught me I had to take control and responsibility for my own career.’

Though the ‘Gloves Up, Knives Down’ ambassador’s ring CV lists just 11 starts in over five and a years among the paid brigade, it belies the Londoner’s true ring experience.

‘I’ve also sparred AJ, Dillian (Whyte) many, many times over here. Above all, those spars built confidence that, at a very young age, 21, 22, I could mix it competitively with the best big fighting men on the planet whilst in an unfamiliar environment. That builds inner strength, mental strength.

‘I was always eager enough, humble enough, to learn and adapt but there were times when I’d outbox them because of my skills. Usyk, especially, was kind enough to give me pointers….until I became a bit too competitive with him!’

Such experiences, they say, can’t be bought, borrowed or stolen and they are sure to serve the south London ticket seller well when he finally returns to battle with just the Channel Five cameras reeling at a production studio in Redditch. And Chamberlain has developed itchy fists.

‘Through lockdown, I’ve been working out like there’s no tomorrow at the 12 Rounds Boxing gym in Clapham,’ he says.

‘I’m now trained by Rasel Hechadarria, a former coach with the Cuban national squad who is assisted by Bobby Miltiadous. Rasel has installed real rythym and flow into my boxing. He’s improved my distance, my co-ordination and my agility. Fans can expect a far smoother, sharper, more polished ‘IC’. He’s really worked on developing my eyes to anticipate opponents’ shots. I long to be great so I’m eager to learn.

‘I’m usually well supported so I’ve really no idea what to expect, fighting at an empty venue. But the way I’m feeling, physically and mentally, as soon as I touch them, I’ll get them out of there, and go home. I feel very confident in both our system and all the hard work I’ve put in. I aim to get the public on my side and be positioned to call the shots.’

Chamberlain’s comeback is sure to enrich a domestic 200lb duchy that, in addition to the undefeated and world ranked Okolie, includes British boss Richard Riakporpe (11-0), Commonwealth king Chris Billam-Smith (10-1), English champ Deion Jumah (13-0), Tommy McCarthy (16-2), Jack Massey (16-1) and Mikael Lawal (12-0). All are matches to salivate over.

‘If it makes sense, I’ll fight any of those named. In time, I’m gonna smash ‘em all out of the park!’ concludes confident Chamberlain.

‘Boxing is a business and if you’re disciplined, live the life, there’s no reason to be running away from anyone but, honestly, I’m more focussed on my own progression as a fighter than the others.

‘Riakporhe is a very good friend from our days training together under Ted and I’ve already beaten two Commonwealth champions (Camacho and Watkins).

‘It’s all up to Mick. I think he’s looking more at an international belt to get me going, increase my appeal to the casual fan. Basically, whatever can fast track me to a world title. That’s the dream.’