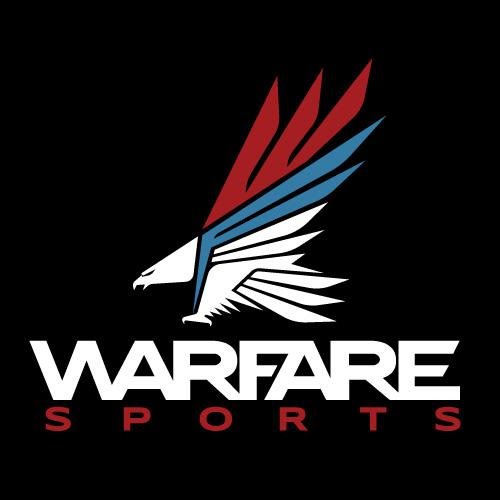 Two members of the No Limit Mindset LLC Management team will be in action as rising super middleweight Kalvin Henderson takes on Antowyan AIkens (13-6-1, 1 KO) in the main event of a big card at The 2300 Arena in Philadelphia, while welterweight Clarence Booth battles Rodrigo Tatijewski at The Hilton Bayfront in Saint Petersburg, Florida.

Henderson (11-0, 7 KOs) of Fort Worth, Texas and now trains in Arkansas, is coming off a career best performance when he stopped the highly regarded Brandon Robinson in seven rounds on December 7th. The fight was honored as the “Philadelphia Fight of the Year”, and took home the prestigious Brisoce Award.

Henderson is looking to derail Aikens, who is a tough fighter that has been in and defeated with top completion, So Kalvin will look to carry on the momentum of the win against Robinson and continue his climb up the super middleweight divisions.

The Henderson – Aikens bout can be seen LIVE on www.warfaresports.com at 9 PM ET

Booth, who will be fighting is his hometown, is looking for his 3rd consecutive win. This will be his 1st bout in 2019 and his maiden voyage under the No Limit Mindset LLC banner.

“Camp has been great, I am feeling strong and sharp. My trainer Kevin has put together a great gameplan for our opponent and I’m excited to be back in Philly headlining May 10th. I am ready to show the fans what we’ve been working on in camp and to put on a show. Thanks to my manager, Shane Shapiro, for getting this locked in and Marshall for the opportunity to show what I do what best.” – Kalvin Henderson

“I am excited to be back in the ring on May 11th in my hometown of St. Petersburg! The whole crowd is going to get a show they won’t forget. I am stronger, smarter and more motivated than I have ever been in my career and it will show in these next few fights!” – Clarence Booth.

Kalvin Henderson to take on Antowyan Aikens – This Friday night, boxing’s newest digital platform will steam it’s inaugural event as Warfare Sports will present an outstanding night of boxing from the fighting city of Philadelphia.

The fights can be seen on warfaresports.com at 9 PM ET / 6 PM PT.

The Show, which is promoted by King’s Promotions will originate from The 2300 Arena.

“We are thrilled to be streaming this card from a great fight town like Philadelphia,” said Jesse Carstairs, CEO of Warfare Sports. “We are excited to bring this show with some terrific fighters in our 1st event, and we will be announcing our schedule of nothing but high-quality events very shortly.”

Opening up the program will be Super featherweight Alycia Baumgardner (6-1, 4 KOs) will be featured on the webcast against 31-fight veteran Gabriella Mezei in a six-round contest.

The action will be called by International Boxing Hall of Famer Al Bernstein and Marc Abrams.

Boxing has a new digital platform. A new and free way to watch some of the best fights in the United States:

Warfare Sports is a direct to consumer application that will bring the best boxing action to the fans all over the world.

Over the next year, Warfare Sports is planning 24 live events plus shoulder programming.

Warfare Sports will be available on the World-Wide-Web, Mobile Devices (Apple and Android), Roku, Amazon Fire and Chromcast

Warfare Sports in the brainchild of Jesse Carstairs. Carstairs a Nevada native had the idea after certain fight series have gone on the wayside, and he feels that there is a market for high-quality boxing events that will showcase fighters who are just a step or two from fighting for world titles.

“Our initial focus is on that mid-level market when it comes to professional boxing. An example, when a fighter would get wins on ESPN2 Friday Night Fights, then take that step up to HBO and Showtime for a ‘Big-Level’ fight or title fight. With the end goal being in a position to compete at the highest level as a digital television sports network,” said Carstairs.

“Warfare Sports will be working with promoters like Joe DeGuardia’s StarBoxing and Marshall Kauffmans King’s Promotions, and we are open to working with other promoters as well who fit our model.”

“The renaissance of boxing in the past several years is built on two things. 1. Good, competitive matches that fans can enjoy. 2. Boxing being available on many platforms to fit the communication age we now live in. The boxing schedule of Warfare Sports fits both of those narratives and that’s why I am so delighted to be a part of this new endeavor. The Warfare model of experienced promoters providing exciting boxing with a top notch production crew chronicling the event is a winning combination. Hosting these shows will be a labor of love for me and I look forward to a successful and enjoyable collaboration with Warfare Sports,” said Bernstein.

“This is a terrific platform not only for myself but for all boxers that will be able showcase their skills on Warfare Sports,” said Marshall Kauffman of King’s Promotions. “I have had the pleasure of doing some amazing TV shows in the past, but this here is special because it is a partnership with Warfare Sports.
I truly believe that this partnership will help to elevate the boxers to the next level in their career.”

The Initial rollout for Warfare Sports will be in early May for the web and Roku, with Apple, Android, Amazon Fire and Smart TV to follow.

For more information on Warfare Sports, contact Jesse Carstairs at 917-912-2892 or jesse@warfaresports.com