Inoue-Dasmarinas and Mayer-Farias will be televised live on ESPN and ESPN Deportes (simulcast on ESPN+) at 10 p.m. ET/7 p.m. PT. Dogboe-Lopez will be among the bouts streaming exclusively on ESPN+ before the world title doubleheader.

“Mikaela Mayer is the future of women’s boxing, and I have no doubt she’s going to shine in her first world title defense,” said Top Rank chairman Bob Arum. “She wants all of the top names, but she must first get past a tough former world champion in Erica Farias. Lopez-Dogboe is a can’t-miss action fight that will propel the winner to title contention.” 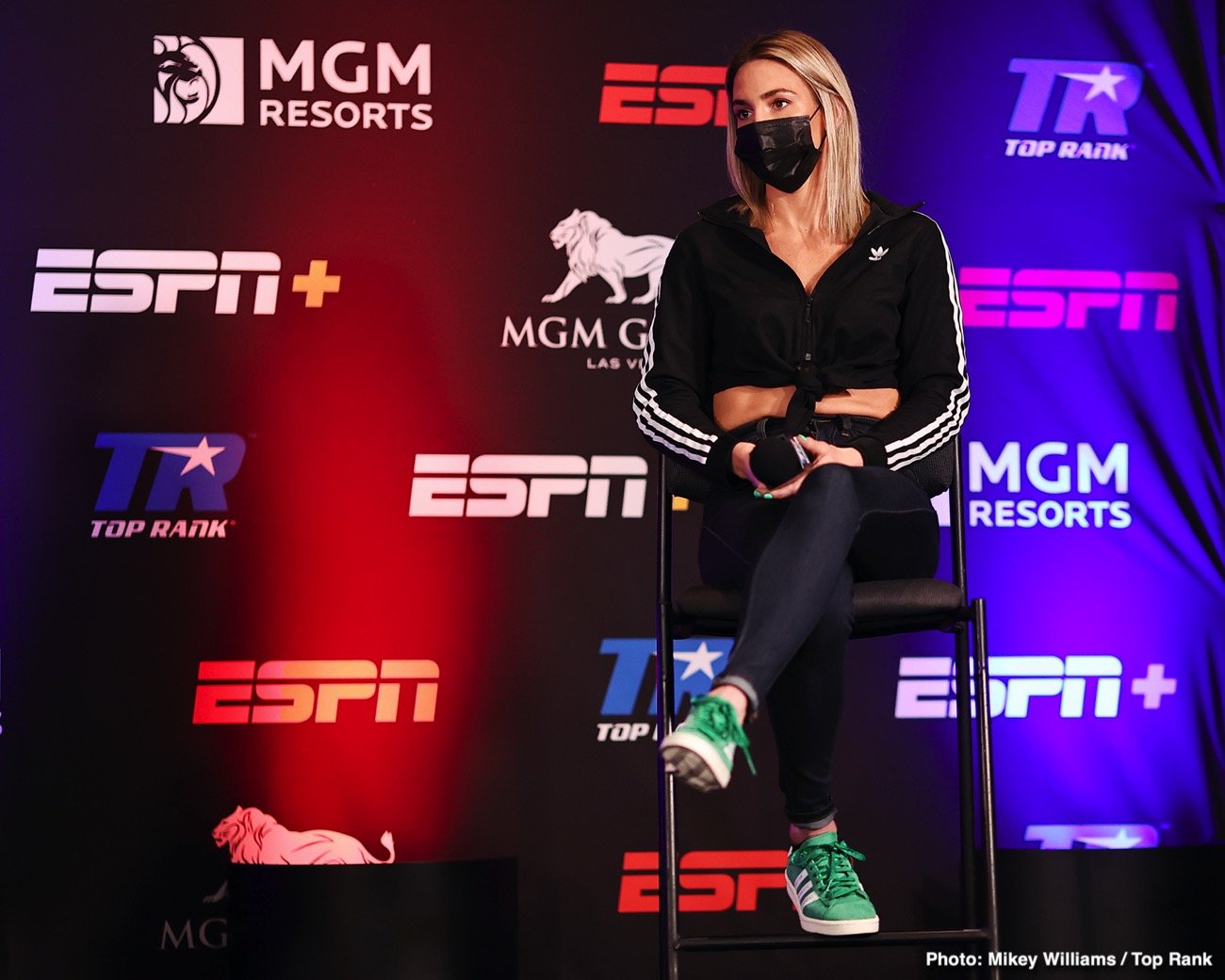 Mayer (14-0, 5 KOs) won her world title last October on the Inoue-Jason Moloney card, dethroning longtime champion Ewa Brodnicka via a near-shutout unanimous decision. Since turning pro, Mayer has lost only a handful of rounds, and last July, she became the first female boxer to headline a Top Rank on ESPN card. Farias (26-4, 10 KOs) has held titles at junior welterweight and lightweight and has won 14 world title fights. She most recently lost a pair of junior welterweight title tilts to Jessica McCaskill, who proceeded to dethrone all-time great Cecilia Brækhus for the undisputed welterweight championship.

Mayer said, “I am excited for my first title defense as WBO world champion. Although I had sought a unification bout, Farias is a worthy opponent who will make for an entertaining, action-packed fight. She brings excellent credentials and has only lost to some of the best women boxing today. I’m ready and eager to pass another test and showcase the skills that will eventually make me your undisputed champion.” 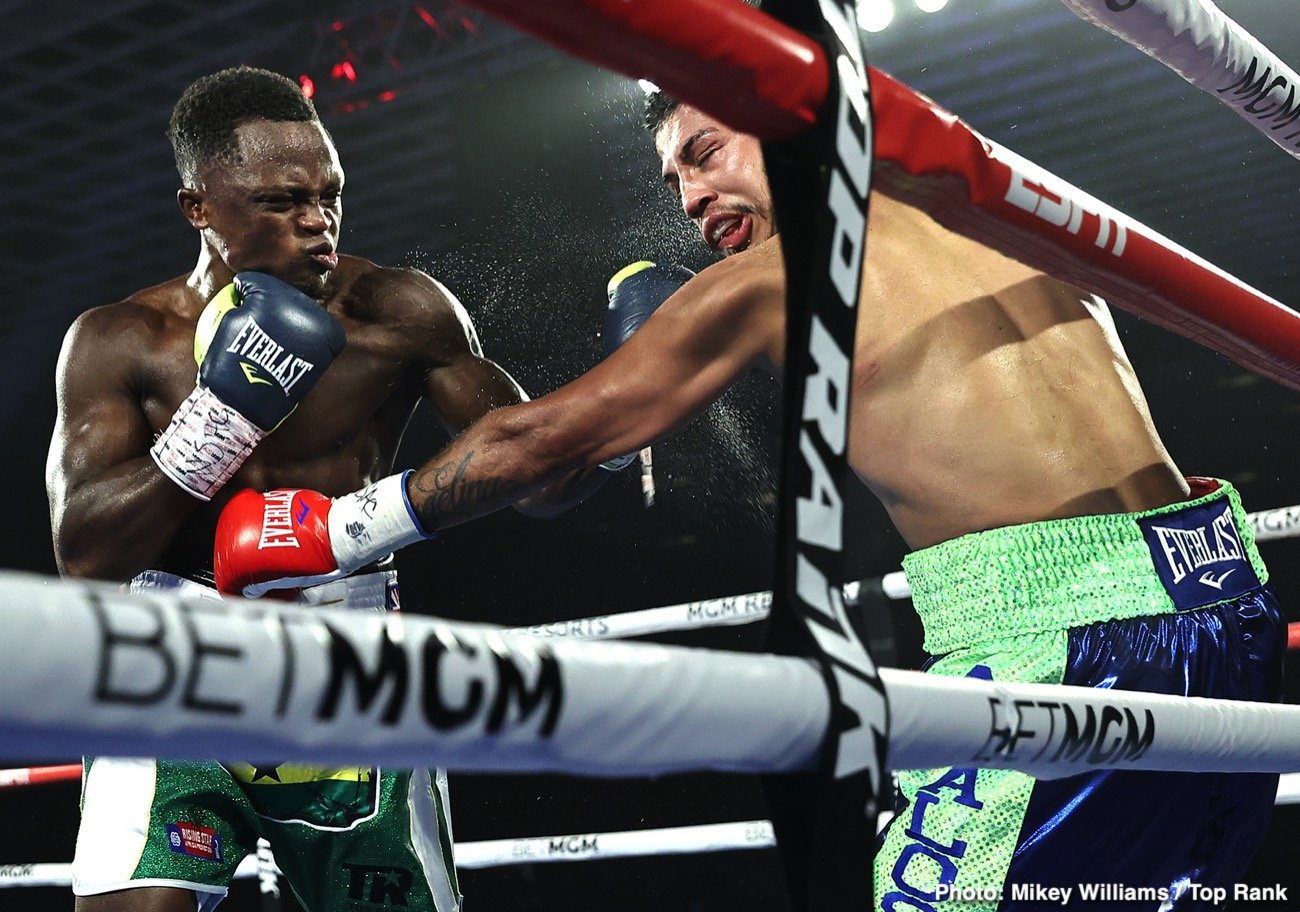 Dogboe (21-2, 15 KOs) won the WBO junior featherweight world title in April 2018 with a dramatic knockout over Jessie Magdaleno. Still, after one title defense, his momentum was blunted with a pair of defeats to Emanuel “Vaquero” Navarrete. He returned last July after a 26-month layoff and battered Chris Avalos en route to an eighth-round stoppage. Lopez (15-2, 6 KOs), from Glendale, California, most recently defeated former world champion Jason Sanchez over 10 rounds, his second straight win since his valiant effort — on a day’s notice — against Oscar Valdez in November 2019. Lopez followed up the controversial TKO loss to Valdez with last June’s majority decision over Louie Coria, which many boxing experts ranked among the year’s best battles.

Lopez said, “Dogboe is a former world champion who always comes to fight. But I’m a different fighter now, and I know what a win would mean for my career. I’m coming to Las Vegas to steal the show.”