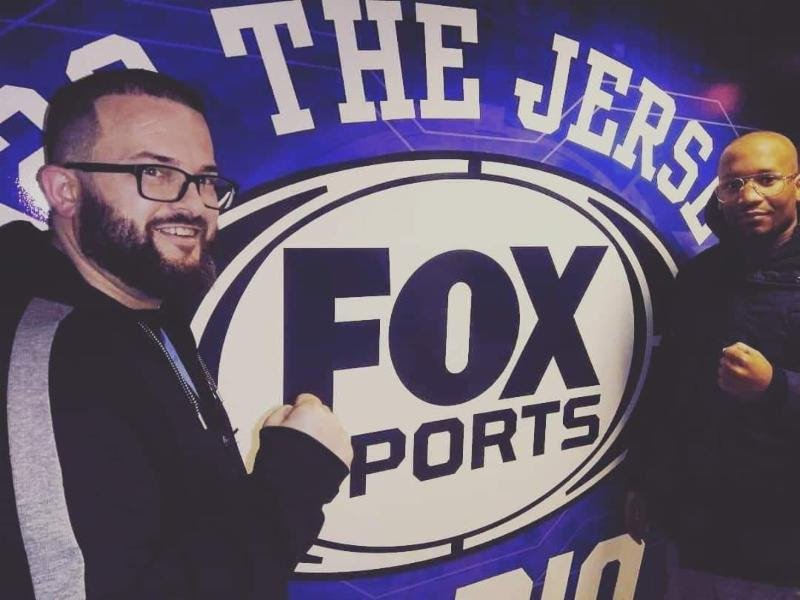 Some familiar names in professional boxing circles, Tim “Terrible II” Witherspoon Jr., the former fighter and son of the legendary heavyweight champion Tim Witherspoon Sr., and “Big Time” Tim Kudgis, the former host of the wildly popular internet radio show “ATG Radio,” are back to proudly to announce the debut of their boxing talk show this Sunday, January 6, entitled “In the Gym with Tim Witherspoon Jr.”

“In The Gym” will air at 9:30 am every Sunday morning on Fox Sports WNJE 920 AM – The Jersey. The show will also be streamed worldwide at 920TheJersey.com and will cover everything boxing related, including news, rumors and coverage of upcoming events. “In the Gym” will also interview some of the biggest names in the sport, such as world champions, prospects, trainers and promoters.

A former professional fighter who was raised in a family of boxers, Tim Witherspoon Jr. was taught the value of hard work by his father, two-time heavyweight champion of the world Tim Witherspoon Sr. After spending 10 years as a professional fighter, Witherspoon retired and turned his passion for boxing into a career in personal training to give back to his community and inspire a generation of future fighters and fitness fanatics, alike. He recently launched Witherspoon Boxing & Fitness in Bristol, PA.

“I was thrilled when Fox Sports 920 came to me with an idea about the show,” said Witherspoon. “I was excited for the opportunity to have this platform and utilize my experience to discuss a wide variety of boxing and fitness topics. Being the son of a former world champion and a former professional boxer, as well as gym owner & trainer, I believe I bring a wealth of knowledge and experience to the topics we will be covering.”

Co-host Tim Kudgis was the former host/producer of “ATG Radio” from 2010-13 as well as served as Director of Marketing for the former iPPV provider GoFightLive.tv.

“I was honored when Tim asked me to co-host the show with him,” said Kudgis. “I believe we bring a lot to the table. I have worked behind the scenes and in media, while Tim was a professional boxer turned trainer. We will surely have some quality debates on air and bring the listeners boxing coverage from many different aspects.”

Witherspoon Boxing & Fitness not only provides boxing training, but also offers a fitness/crossfit gym and yoga studio and provides a wide array of classes by a phenomenal team of instructors. It is located below the iconic Grundy Clock Tower at the Historic Grundy Commons in Bristol Borough, PA, on the corner of Canal and Jefferson Streets. For more information, visit witherspoonboxing.com.