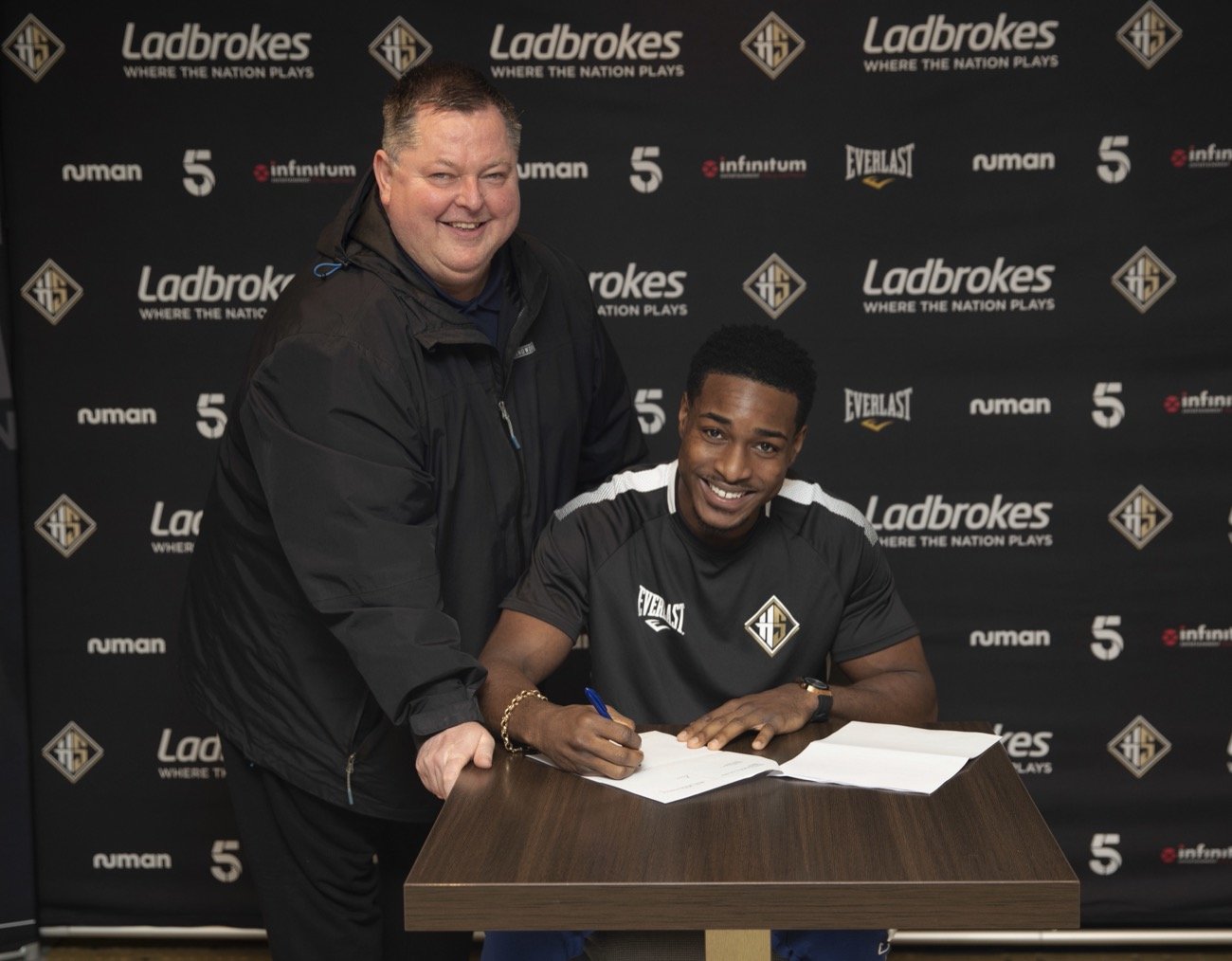 Flash and brash unbeaten middleweight ace Idris Virgo has signed a long-term promotional agreement with promoter Mick Hennessy as he takes his career to the next level.

The unbeaten 27-year-old from Birmingham has a busy week ahead featuring on two Hennessy Sports cards staged at the Fly By Nite studio in Redditch, both shows televised live and exclusive on free-to-air Channel 5.

Tonight he takes on Stourbridge’s Kevin McCauley over four round and on the 18th December he faces Walsall’s Kearon Thomas over six rounds, before looking ahead to a big 2021.

He said, “I’m over the moon to sign with Mick Hennessy, he believes in me and where I’m going and what I’m going to do and I’ll deliver on that.”

“Mick’s a very experienced and knowledgable promoter with an eye for talent who has brought through some of the best fighters in recent years to become World Champions and household names, I’m confident that together we will achieve the same.”

“I’m dedicated to boxing and with this new deal in place I’m one hundred percent committed to the sport and achieve my aim of becoming a World champion.”

One fighter Virgo is looking forward to welcoming to the pro ranks is Jack Fincham, the eventual winner of Love Island 2018, who recently turned professional and who Virgo issued a challenge to.

He added, “Jack knows I’d end his pro career before it even got started if he met me. There’d be no love lost there, call it whatever you want “The Battle of Love Island’, deep down he knows he can’t win against me, it would be a one sided beating from me.”

Hennessy is delighted to welcome Virgo to his stable and is looking forward to a lively ride with the young talent.