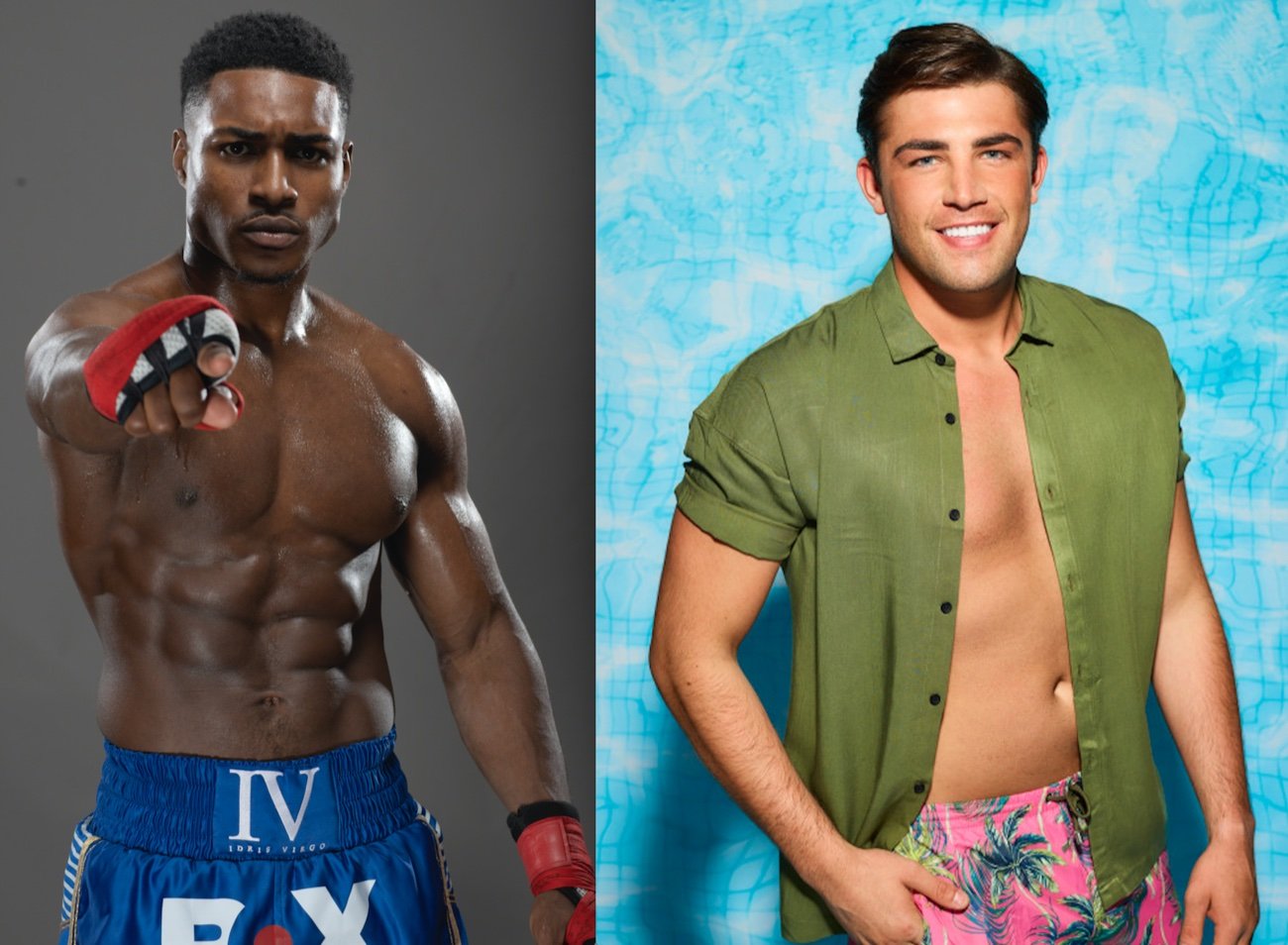 One-time reality TV star Idris Virgo might have lost out to Jack Fincham in the 2018 series of ITV’s Love Island but the boastful Brummie warns wannabe pro Jack to expect a bashing should their association ever change from love to glove.

Show winner Fincham claims 26 amateur starts at the Eltham and District ABC in south London – alma mater to a certain Sir Henry Cooper – and is now seeking to join Virgo punching for pay.

Coached by ex-Tyson Fury trainer Ben Davison, the Kent man presently enjoys a significant weight advantage over middleweight Idris but ‘The Bodybreaker’ promises a pummelling should their paths cross inside the prize ring.

Virgo fights first this Friday in Redditch on the undercard of Sam Eggington-Ashley Theophane in a four-round contest against Stourbridge’s Kevin McCauley, live on free-to-air in the UK on Channel 5.

‘With our personalities we could really build it up. Look at what those YouTubers made. That KSI and Logan Paul aren’t proper fighters. Proper pretenders, more like. I’d love to put them in their place. Can. Not. Box.’ Acknowledges the body beautiful Brummie who is presently undefeated in eight paid starts.

‘When we were in the (Love Island) villa together, Jack told me he’d boxed amateur and I used to pad him. He actually had a mean left hook. I’ve since tried to arrange some sparring but he knows the score. We got on ok and still speak – we’re cool – and we both know it’d just be business but he’ll get no respect if the match is made. He can expect to get more than water thrown in his face (chuckles)!

He sort of ‘called me out’, mentioned me in an interview, so whenever. If he wants it now, he can have it. If he needs another year, that’s okay. All the Love Island fans would want to see it. But he has to realise that the longer he leaves it, the better I’m going to get.

‘Unlike me, I’m not sure that Jack’s got it in his locker to bite down on the gumshield and dig in. He’s too nice a guy. He’s all tan, teeth and hair. He’s not been in the deep waters I have. Professional boxing’s not a sport that you can joke about. I’m far tougher than him…… and far more handsome!’

While Fincham’s debut has been deferred due to a nose injury incurred in a car crash last October, the Handsworth-born hunk-in-trunks profits from back-to-back starts on promoter Mick Hennessy’s Channel 5 screened shows this month, knowing a brace of victories will extend his unbeaten streak into double figures.

And despite losing out in the love stakes, his exposure on network TV has provided extrovert Virgo with a profile rival prospects could only fantasise about.

‘As a boxer, entering Love Island was the best move I’ve ever made. It took me from zero to a thousand overnight. If it wasn’t for Love Island, we’d not be doing this interview,’ states Virgo who stresses that he engaged in a score of amateur and White Collar bouts and was already a pro fighter prior to gate crashing the idyllic Mallorca villa in 2018.

‘And, you know what, I’d love to go back on…I’m still single. The wimmin’ are proving harder to get!

‘All around the town people know who I am so I’m asked to show my face, do club appearances, Instagram polls. Everyone likes to see me fight, the nans and aunts as much as the boxing diehards. I don’t just bring the skills, I bring the ladies. 85% of my TikTok following are female.

‘Last year, I spent five weeks on ‘The Challenge’, a huge reality show in America with a prize of $1million, competing twice a week before getting eliminated. So I’ve already got a fan base in the US too. I’ve 165,000 Instagram followers and fast rising.’

Loved and loathed in equal measure, foghorn Virgo courts attention wherever he visits.

‘I’m either loved or hated but never ignored. Face-to-face, people are quite nice but it’s the keyboard warriors on social media. Some even call me an ugly bastard. Serious! I do find that quite amusing.

‘But people calling me names, haters, simply fuel my fire. Never count me out. I’ve disproved people before in all aspects of my life, not just boxing.

‘I intend to carry on being the cocky boxer. If you don’t jump on board now, you can ‘Do one’ when I become a megastar! I crave the money and drive off the fame.

‘I’m a different character and boxing desperately needs me it the middleweight division. ‘The Bodybreaker’, The One and Only!’

Cantwell puts Massey, winner of the hit reality show in 2016, through brutal training session at the Cantwell Boxing Gym in Eltham so he’s in good shape to the delight of his near 1 million followers on Instagram.

Massey, a former amateur boxer, said, “I’m a massive boxing fan and love the sport. It’s the best training out there to get fit, toned and for mental health and Sammy has done a great job working on me,”

“I know what he puts me through in training is only a quarter of what he does himself everyday ahead of his title fight and his focus, commitment and determination is really unbelievable to see, I know he can win on the night.”

With a raft of former Love Island stars in pro boxing with the likes of Jack Fincham, Tommy Fury and Idris Virgo – who features on the Cantwell-Little undercard – Massey has no desire to follow in their pro footsteps.

“I did a little amateur boxing when I was younger and had a charity fight a couple of years ago, but there’s no way I’d want to get into that pro ring,”

“Well, if a promoter offered me an extremely obscene amount of money to turn pro then I’d have to give it some serious thought , but with that unlikely, I’m very happy to leave it to Sammy and the others to get on with it!”

Cantwell challenges for his first title and aims to emulate father Mickey, the popular 90s British Flyweight Champion and four-time World Title Challenger, with a victory over Little.
He said, “I’d like to give Love Island a go, I’ve still got the boy looks and the bod, but my fiancé wouldn’t be too impressed with that!”

“Nathan and the rest of them have lived the life in that sunny villa, compared to me getting punched and battered in a sweaty old gym every day,”

“It’s the glory and pride to lift my first title that makes the sacrifice all worthwhile though. I saw my dad go through it and it’s motivating me to beat Little.”