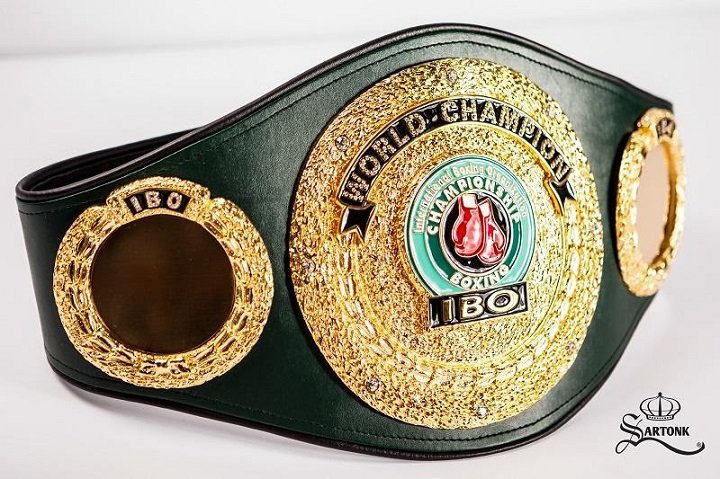 ﻿It’s a bit more than eggnog and champagne.

Though President Ed Levine enjoyed celebrating as much as anyone this time of year, it’s not simply goodwill and auld lang syne that’s got the International Boxing Organization’s president smiling.

His ebullience, in fact, has been a 12-month work in progress.

And as 2017 flipped into 2018, he can’t help but look back fondly at an IBO year for which the word “memorable” falls a tad short.

“It was a year we won’t soon forget.” Levine said. “We had champions who performed
spectacularly. We had fights that will be stacked up against the best of the decade. It’s exciting to look ahead to a new year, but in a way, we didn’t want it to end.”

Indeed, no recap of 2017 in boxing would be complete without a prominent mention of the IBO, which ended the year with two champions — heavyweight Anthony Joshua and middleweight Gennady Golovkin — on the short lists of candidates for Fighter of the Year compiled by the sport’s leading media outlets.

Side by side with those individual honors, the signature fights of the year for each man Joshua’s 11th-round stoppage of former champion Wladimir Klitschko, and Golovkin’s stirringdraw with Mexican superstar Canelo Alvarez — are included on similar collections of 2017’s most memorable bouts.

“Anthony Joshua might have been OK with an easier ascension.”; Bleacher Report columnist Lyle Fitzsimmons wrote after the April 29 duel in London.

“But as he stood swollen-faced in a Wembley Stadium ring, the 27-year- old could scarcely have taken a more memorable trip to boxing’s most sought-after galaxy.”

The defeat of Klitschko was Joshua’s 19th straight win in a career that began after he won gold at the 2012 Summer Olympics, and he followed with a successful defense against Carlos Takam six months later in Cardiff, Wales.

Golovkin, meanwhile, retained his 160-pound belt with a decision over Daniel Jacobs at Madison Square Garden in March, then went 12 gritty and competitive rounds with Alvarez while defending his IBO title for the 15th time since 2011.

One judge scored it for Golovkin, one for Alvarez and one had it even.

“Golovkin has been treated as the winner of (the Alvarez) fight by many in the boxing world,” said Sean Jones of BoxingNews247.com, while lauding Golovkin as the year’s best.”There’s nobody in the sport that had a victory as big as Golovkin’s deserved win over Canelo.”

Of course, if anyone thinks the IBO’s year began and ended with those two title-holders, think again. The other IBO champions, male and female who’ll also enter 2018 with championship belts posted a combined 16-0 record with five KOs in their 2017 spotlight opportunities.

Among them, super middleweight champion Chris Eubank Jr. stands on the brink of his own super stardom after unseating Renold Quinlan (TKO 10) in February and following up with one-sided defenses over Arthur Abraham (UD 12) and Avni Yildirim (KO 3) in July and October, respectively.

He’ll begin his encore with one of 2018’s most anticipated fights, against George Groves, on February 17 at the Manchester Arena — where tickets sold out in just seven minutes.

“This is clearly the fight everyone wanted and I am sure this super-fight will capture not only a nation but a generation of fight fans,” promoter Kalle Sauerland said. “The build-up is going to be huge and we can’t wait to go to Manchester for a sold-out event between two spectacular rivals and world-class fighters.”

The emergence and prominence of female boxing in 2017 led by IBO World Champion, Cecilia Braekhus cannot be understated. The no. 1 pound for pound female boxer in the world has been selected as the winner of the inaugural Christy Martin Women’s Fighter of the Year Award by the Boxing Writers Association of America. The organization announced that a committee of boxing experts would pick a female fighter of the year. Thomas Gerbasi, the women’s boxing writer for Ring Magazine and the chairman of the BWAA selection committee, helped pick Braekhus. “We were looking at performances throughout 2017, but not just the performances and the wins, but the level of competition each of the women faced”, the esteemed boxing writer said. “When you look at that it’s hard to look at anyone other than Cecilia”. “When we looked at Cecilia, she fought two former world champions and fought one current world champion in Erica Farias, who was moving up in weight, making it a super fight between two of the pound for pound best. Cecilia did all of this with a target on her back because she had five world titles to defend”.

Two established champions from South Africa, Gideon Buthelezi at Super Flyweight and Simphiwe Khonco at minimumweight also reigned in 2017 from beginning to end.

The remaining IBO champs picked up vacant belts in the final four months of the year starting in the late summer when cruiserweight Kevin Lerena and super featherweight Shavkat Rakhimov were winners more than 10,000 miles apart. Lerena defeated Youri Kalenga by split decision in Kempton Park, South Africa on September 9 to reign at 200 pounds, while Rakhimov beat Emanuel Lopez by a unanimous nod later that same day in Chelyabinsk, Russia to become No. 1 at 130.

With youth on their side their future potential is unlimited. The final title change of 2017 came to Accra, Ghana where after 27 straight wins Emmanuel Tagoe captured the lightweight crown.

The year 2017, which was the best ever for female world champions, also saw the emergence of three new stars for the IBO. Chantelle Cameron (UK) at lightweight, Svetlana Kulakova (Russia) at super lightweight and Firuza Sharipova (KZ) at super featherweight.

“If 2018 measures up to 2017, we’ll be thrilled, Levine said. It’ll be good news for the fighters and their teams, of course, but even more so it’ll benefit the fans. That’s what we’re hoping for.”