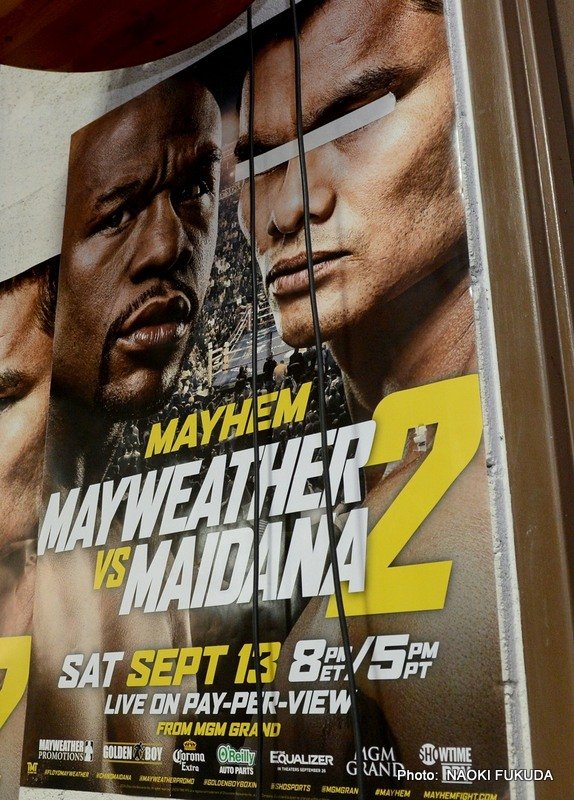 The late Vernon “The Viper” Forrest was shocked in June 2008 by “The Contender” winner Sergio “The Latin Snake” Mora, losing a majority decision for his WBC Junior Middleweight Title. They met again in Sept. of that year and it was a different Forrest in the sequel. Boxing with class and precision, Forrest won a lopsided decision to regain his crown in what would be the final fight of his career.

Cory “Next Generation” Spinks found out about the danger of second chances the hard way in Feb. 2005. The then-undisputed welterweight world champion packed a wild arena in his hometown of St. Louis for a rematch against former junior welterweight champion Zab “Super” Judah. Judah and Spinks had traded knockdowns in their first fight, but it was Spinks who emerged the victor in a hotly contested fight. The rematch was no contest. Having seen the best Spinks had to offer, Judah overwhelmed the second-generation star with a ninth-round knockout and left a champion.

READ:  Feigenbutz vs Saidi on August 28th in Berlin

Kocihi Wajima and Oscar “Shotgun” Albarado had a fantastic rivalry for the undisputed junior middleweight crown in the mid 1970s. In their first bout in Jun. of 1974, Wajima built a lead on two judges scorecards only for Albarado, on the road in Tokyo, to roar back in the 15th and final round. Albarado dropped Wajima three times to score the knockout and set the stage for a rematch in January 1975. In the second fight, Wajima outboxed the Texan to win a unanimous decision and begin his second of three title reigns. Wajima would do it again in his next two fights, splitting stoppage wins for the WBA Title with Korea’s Jae-Doo Yuh. Fittingly, Wajima would capture his final crown with a knockout in the last round of their rematch.

The talent rich 1930s produced a classic three-fight rivalry for the welterweight crown between of Hall of Famers. In their first of two 1934 fights, the former lightweight and junior welterweight champion Barney Ross won a split decision over Jimmy McLarnin for welterweight honors in front of 60,000 fans in Long Island City, N.Y. Surely confident in victory, Ross may have overlooked that no welterweight champion had successfully defended the title since the 1920s. McLarnin won the hotly contested rematch with another split decision to continue that odd streak. They settled matters for good in 1935 when Ross left with a unanimous decision that began his four-year title reign.

Perhaps the wildest rivalry for the welterweight crown came in the age of silent film. New York’s Jack Britton and London’s Ted “Kid” Lewis were made for each other and for all time. Fighting 20 times between 1915 and 1921, in title and non-title affairs, Britton and Lewis exchanged the crown four times.

No previous victory guarantees another.

Lewis won their first title fight, besting Britton in Aug.t 1915 and he did it again the following month. Britton regained the title the following April only to see Lewis take the strap away again in Jun. 1917. Lewis held Britton off until March 1919 when he was stopped in nine rounds for the only knockout win in their epic series. Their title trading at an end, Britton won the final fight of their series with a successful defense in Feb. 1921.

Those are just a few of the memorable moments in welterweight and junior middleweight history where conventional thinking about rematch outcomes met the unpredictable anarchy that makes boxing the most exciting sport of them all.

The only thing a great first fight really guarantees is a must-see rematch. On Sept. 13, history says anything can happen.