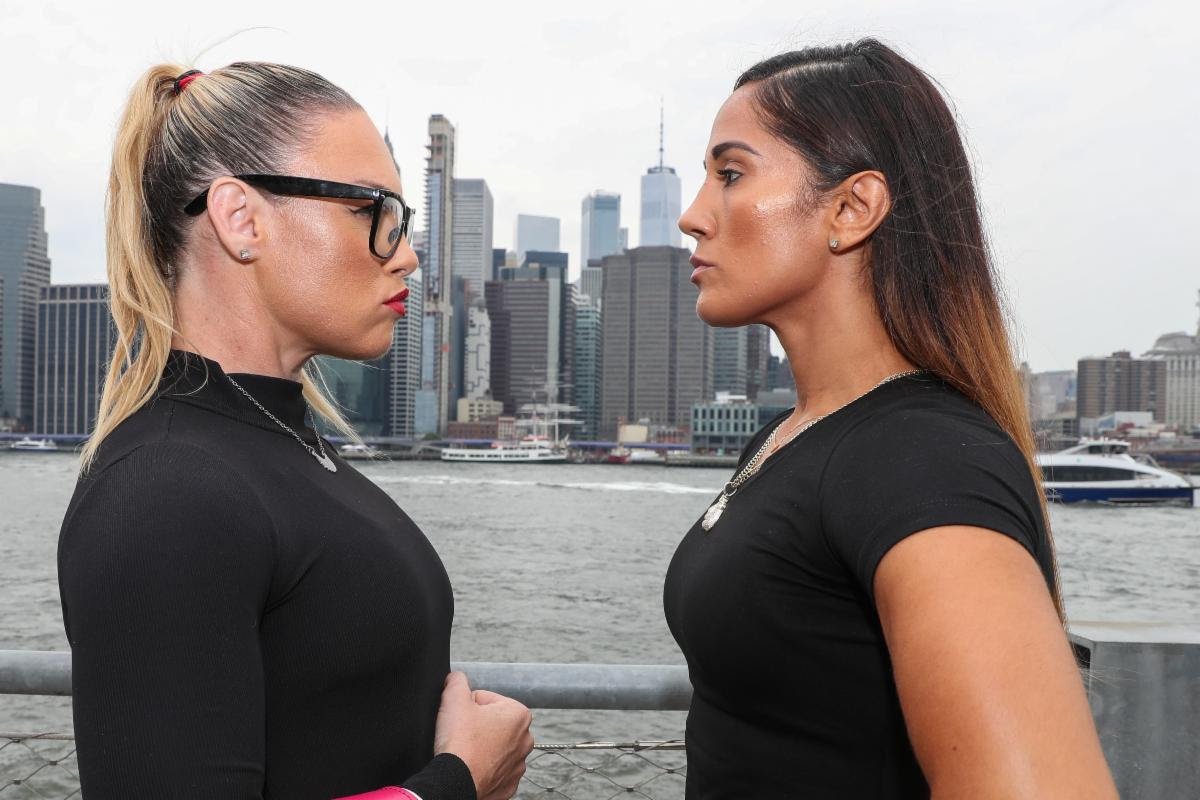 Just days ahead of their eagerly awaited showdown this Friday night, September 13, the stakes have risen for Brooklyn rivals, Heather “The Heat” Hardy (22-0, 4 KOs), the WBO Women’s Featherweight World Champion, and Amanda “The Real Deal” Serrano (36-1-1, 27 KOs). The two biggest New York City female boxing stars will vie in a turf battle to be crowned “Queen of Brooklyn” with a specially made title belt awarded to the winner. Also, in addition to Hardy’s WBO world title, the interim WBC Women’s Featherweight World Title will now be at stake as well. The 10-round co-main event will be held at the Hulu Theater at Madison Square Garden and telecast on DAZN.

“Brooklynites Heather Hardy and Amanda Serrano are the two biggest female boxing stars in New York City and their world championship clash on Friday night will feature tremendous action,” said Lou DiBella, President of DiBella Entertainment. “Heather will be defending her WBO featherweight world title and the interim WBC world title has now been added to the pot as well. The winner will also be honored with a special ‘Queen of Brooklyn’ championship belt. With each of their very large and passionate fan bases in the building, the atmosphere inside Hulu Theater at the Garden will be electric. The ladies have stolen this promotion; I won’t be surprised when they steal the show.”

Hardy captured the WBO Women’s Featherweight World Title with a 10-round unanimous decision victory in a rematch against Shelly Vincent on October 27, 2018, at the Hulu Theatre at Madison Square Garden.