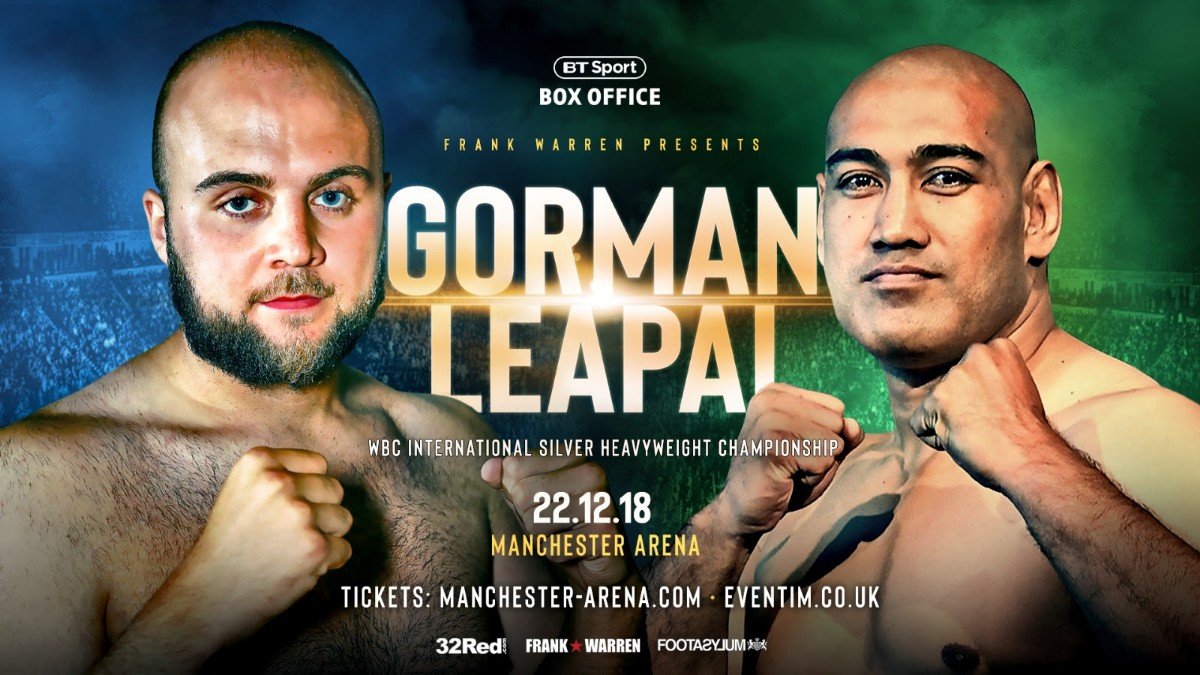 RICKY HATTON believes that his Heavyweight protege Nathan Gorman can reach the very top of the division in years to come.

‘The Hitman’ trains Gorman (14-0) who faces the toughest night of his short career when he defends his WBC International Silver championship against former world title challenger Alex Leapai (32-7-4) at Manchester Arena on Saturday 22nd December.

Fury trains at Hatton’s gym on the outskirts of Manchester, so Gorman gets plenty of action with his cousin.

“There are a few more boxes that he has got to tick, but Nathan can get where Tyson Fury and Anthony Joshua are,” said Hatton who will be Fury’s corner when he challenges WBC World Heavyweight champion Deontay Wilder on Saturday (December 1), live on BT Sport Box Office.

Gorman, 22, will be making the first defence of the title he won when he knocked out Mohamed Soltby last November when he faces Leapai.

But Hatton believes it will not be a step too far despite the Aussie based Samoan’s experience that includes a challenge for Wladimir Klitschko’s IBF, WBA and WBO belts in April 2014.

He lost in five rounds, but 26 wins have come inside the distance – almost double the amount of professional contests Nantwich’s Gorman has competed in.

Hatton recalled: “The first day he came in my gym, he was 18 years of age and I said; ‘How long has he been boxing?’ and I was told just over 12 months.

“My jaw just hit the floor. He was so natural. From then he has progressed even further and won a WBC international belt already and there are big, big fights.

“His fight against Alex Leapai on the Josh Warrington-Carl Frampton undercard is a big stage to show his talent.

“He has made unbelievable progress. I have to remind myself sometimes that he only had 12 fights as an amateur and still got on the GB squad.”

Gorman will almost certainly fight fellow unbeaten prospect Daniel Dubois in the future and although he is keen for that to happen, he is happy for both boxers promoter Frank Warren to stage the fight when the time is right.

Hatton says: “Nathan has another domestic rival in Daniel Dubois. We have Tyson and AJ at the top, but it is nice to see Nathan and Daniel on the conveyor belt behind them.

“I don’t want to be disrespectful to Daniel and his team. I know how strong Daniel is, but Nathan can handle it in that department. He has got the boxing ability, the speed, the close quarter game, the distance.

“He has so many more tools in his bag than what Daniel has got and Nathan says he hardly lost a round when they sparred on the GB squad.

“I refuse to believe Daniel Dubois is improving at the rate Nathan is.”