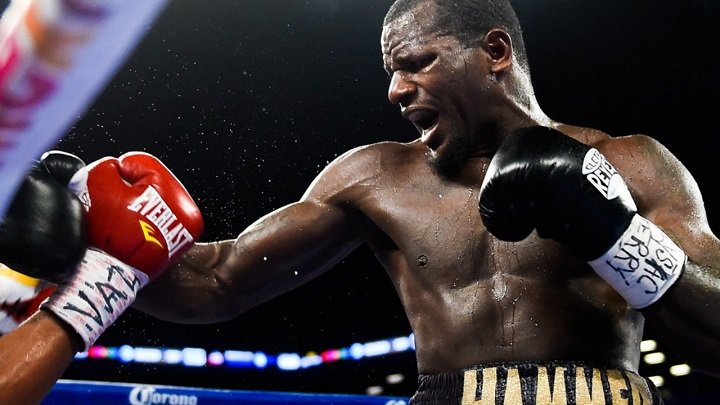 World title challenger Hank Lundy (28-6-1,14 KO’s) of CES Boxing will continue his quest towards his goal of lightweight dominance when he battles former world champion DeMarcus Corley (50-28-1, 28 KO’s) in a eight round lightweight battle. Both fighters are ring veterans that have stated this fight is a must win if they are to continue on their path towards challenging the current champions in their respective divisions.

Hank Lundy of Philadelphia and CES Boxing has won two consecutive fights (including a victory last summer at the 2300 Arena), since his last defeat in early 2016 to current pound for pound king Terence Crawford. Although Lundy fell short in capturing the super lightweight championship, his valiant effort did not go unnoticed since he was fighting on an injured leg. Many believe to this date it is still the toughest test that Crawford has faced. Aside from Crawford, Lundy has also battled the likes of: Raymundo Beltran, John Molina Jr., Viktor Postol, Mauricio Herrera, and David Diaz. Lundy is known for never shying away from a stiff challenge and for always delivering a fan friendly fight regardless of the outcome. This fight with Corley should be no different.

DeMarcus “Chop Chop” Corley a native of Washington D.C. has been a professional since 1996. His close to eighty fight resume reads as a whose who of the best that the super lightweight and welterweight divisions have to offer. Corley a former super lightweight world champion has faced the past generations best including future Hall of Fame fighters Floyd Mayweather Jr. and Miguel Cotto. While Corley came up short in both fights, he more than held his own as he stunned Mayweather on several occasions early and had Cotto severally hurt. Corley has remained active including victories in his last two fights with one coming against Vivian Harris. Corley and Lundy share two common opponents, Viktor Postol and Thomas Dulorme.

Fighters from the growing stable of young talent at Hard Hitting Promotions will also be featured on the card. Branden Pizzaro (8-1, 4 KO’s) looks to rebound from his first professional defeat in December. After losing a competitive fight against another lightweight prospect. February 10th marks the beginning of a new chapter for Pizzaro who vows not to let one loss define his career. Jeremy Cuevas (6-0, 5 KO’s) looks to build off of his impressive 2017. In just six professional fights, Cuevas has had several statement victories and looks to continue that trend.

Super featherweight prospect Thomas “T.J” Velasquez (9-0-1, 5 KO’s) kicks off his 2018 campaign returning to the ring after fighting to a tough draw in his last fight of 2017. The son of former heavyweight champion Hasim “The Rock” Rahman, heavyweight Hasim Rahman Jr. (3-0, 3 KO’s) will be in action as he tries to continue the legacy of the fighting Rahman family from Baltimore, MD.

Hard Hitting Promotions is coming off of a great 2017 campaign. Putting on shows in various venues throughout Philadelphia such as: The SugarHouse Casino, the Liacouras Center on the campus of Temple University, the Tropicana Hotel and Casino in Atlantic City NJ, and the first promotional company to utilize the brand new Fillmore concert hall. A state of the art venue in the trendy Northern Liberties section of Philadelphia. Moving forward Hard Hitting Promotions is pleased to announce that this fight card on February 10th will begin their relationship with the 2300 Arena.

2300 Arena is one of the primer venues in the city of Philadelphia for combat sports action. Throughout any given calendar year many high profile Boxing, Mixed Martial Arts (MMA), and Professional Wrestling events take place at the 2300 Arena. Hard Hitting Promotions is elated that they are able to share in the culture of delivering fan friendly events at this top notch venue.

Tickets for this Event will be available starting Monday, January 8th. In order to purchase tickets and get more information about Hard Hitting Promotions and the 2300 Arena please visit their websites or follow them on social media with the information below.